Frankie Buenafuente is the former Ring of Combat featherweight champion.  It is a title that he lost to current UFC fighter, Julio Arce.  After surrendering the belt, he went on to fight at Bellator and showed up strong with a convincing unanimous decision victory.  “The Praying Mantis” Frankie Buenafuente made his way back to ROC in June of last year where he wasted little time in ending his bout against Mike Lawrence via guillotine choke 2:23 into the 1st round.  Next up was another shot in Bellator, but the fight got scrapped and Frankie was very happy to get the call from Louis Neglia to bring his army back to Atlantic City on May 31st at ROC 68.

Apparently the 145 lb belt has been vacated as current champ, Bill Algeo, takes his talents to Dana White’s Tuesday Night Contender Series and possibly a UFC contract. Now Frankie will do battle with John de Jesus and the winner will be crowned the new champ in the evening’s main event.  It’s a familiar place for “the Praying Mantis.”  Please check out our interview above.  Frankie tells us how he feels about his match-up with deJesus and how his camp at Carnicella MMA has been.

MyMMANews will be in the building for  results and interviews and this event will be streamed live for the first time on UFC Fight Pass.  ROC has traditionally been among the top promotions who provide next  level talent who go on to the UFC.  Maybe there are a few more on this stacked fight card.  Don’t miss it. 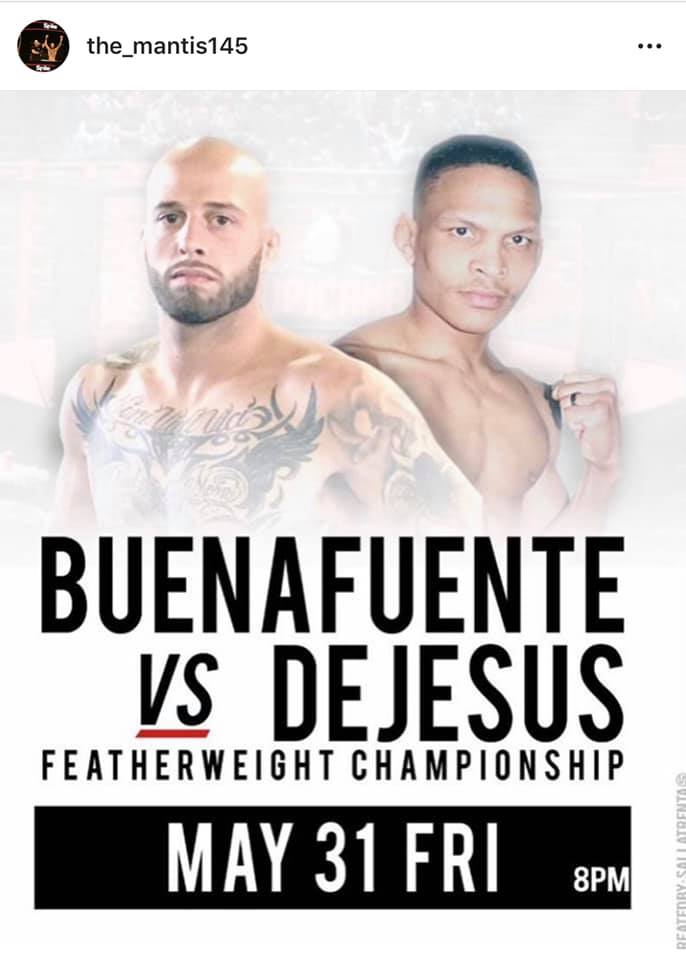