Harry Hardwick joins MyMMANews own Lenny March this week to talk about his recent victory vs Steve Aimable.

Hardwick (9-3-1) came into this bout on a four-fight winning streak with a sole draw against Federico Pasquali at Cage Warriors 140.

Riding a ton of momentum, confidence is high for the Middlesbrough Fight Academy representative, and after his recent victory a title shot looks on the horizon.

Thanks for Harry Hardwick for your time!

Ultimately, a tough matchup for Hardwick heading into the bout. Hardwick put on arguably his best performance to date:

“Yes, 100%. Definitely still problems, I still did a s**t ton of things wrong. He is a tough guy, but I feel like I was a few better decisions away from finishing him.

I’m happy with it; everything went really well.”

Harry felt strongly that he should have finished Steve Aimable: 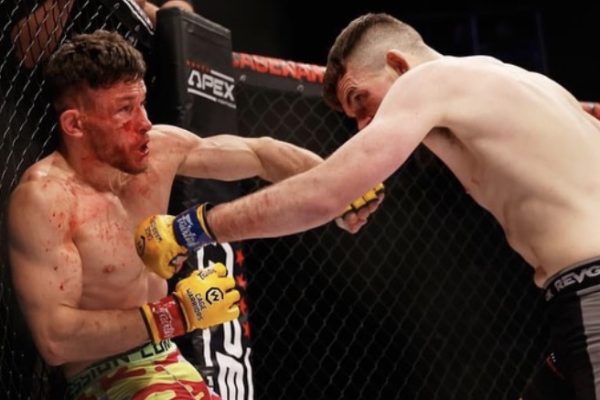 After this win, Harry feels like a championship bout is on the horizon:

“I don’t think Paul Hughes will be wanting to turn around so quickly, but I want on that December 31st card.

“If the UFC gets Paul soon, then I’ll be pestering Ian Dean to get me on the December 31st card. Just find some f*cking American and I’ll smash him and get a belt. I’ll do what George Hardwick did to Kyle Driscoll and smash him and send him home sad on the flight.”

Thanks to Harry for taking the time out of his busy schedule to talk to Lenny.