New England Fights (NEF) returns to the Cross Insurance Center in Bangor, Maine on February 11, 2023, with its next mixed-martial-arts (MMA) event “NEF 51: Banger in Bangor.”  Earlier today, the fight promotion announced the addition of a professional women’s strawweight fight to the card. Glory Watson (4-1) takes on Hilarie Rose (6-5) at a fight weight of 115 pounds.

Watson and Rose share a story of competition that stretches back several years. Both athletes are former NEF amateur champions. In November 2017, Rose defeated Alex Walker to become the NEF Strawweight Champion. In June 2019, Watson defeated Caree Hill to become the NEF Flyweight Champion. For years fans have been calling to see the two battle it out within the full spectrum of skills the MMA ruleset offers.

Watson and Rose initially met at “NEF 44” in Milford, New Hampshire in the summer of 2021.  The event was NEF’s first following the Covid-19 pandemic, and the bout between Watson and Rose was contested under kickboxing rules in the Granite State.  Rose pulled out the unanimous decision after a hard-fought, back-and-forth battle.

Watson would go on to win her next four MMA bouts in a row with two victories by submission and two by decision.  In her most recent outing, Watson met Gabriella Gulfin (5-5) in Bangor at “NEF 49” last September.  Watson won a thriller by split decision on the judges’ scorecards in front of her raucous hometown crowd.  She represents Young’s MMA in nearby Orrington, Maine.

“On February 11th, I step into the cage against an opponent I have a history with,” noted Watson.  “August 2021, Hilarie Rose filled in as a last-minute opponent with the agreement to participate in a kickboxing fight. After three rounds, Hilarie won via unanimous decision. This fight is a chance to show true improvement and growth in my sport. I have nothing but respect for Hilarie and her accomplishments. I want this win. I am going to perform to my full potential. I am going to make my impression on regional professional women’s MMA.”

Hilarie Rose is a longtime veteran of the New England combat sports scene with a career stretching back to 2014.  In 2020, she appeared as a competitor on Dana White’s Contender Series.  The rematch with Watson will mark the third time Rose has appeared in the NEF cage. She is a perfect 2-0 in her appearances with the promotion.  Rose represents USMMA based in Bellingham, Massachusetts.

“I’m looking forward to fighting Glory again,” said Rose. “I have a lot of respect for her as a fighter and I’m curious to see how this fight in an MMA scenario is going to play out. I believe I have better fundamental movement than her that is going to help win me this fight. I know she always comes to fight so I expect the best version of Glory on fight night, but I know I will be well prepared for whatever she brings to the cage. I’m fighting in her territory so I’m definitely looking for a finish. I’ve seen sketchy judges’ decisions for these events lately and don’t want to leave it to the judges. It’s going to be a fun fight just like our last fight and I’m excited to get in the cage with her again.”

“NEF 51: Banger in Bangor” is scheduled for Saturday night, February 11, 2023, at the Cross Insurance Center in Bangor, Maine. 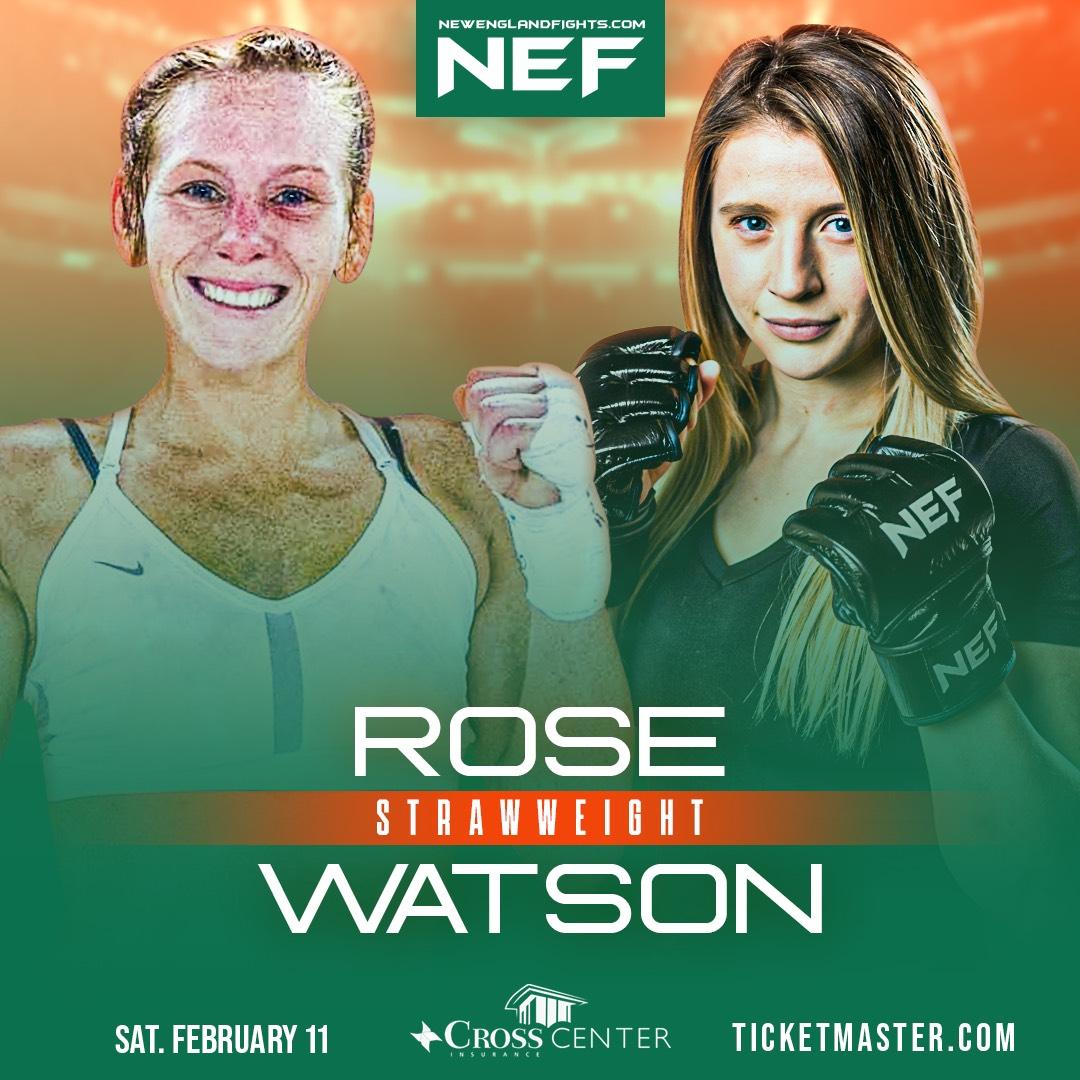