People have been saying for some time now that ‘Sugar’ Sean O’Malley is like a Conor McGregor 2.0, and more and more people jump to that conclusion every time he fights. He unfortunately had to take some time off recently due to his issues with USADA, but he came back in March, and we quickly saw he hasn’t skipped a beat in his time off. Early in his UFC career, O’Malley won two unanimous decisions in a row, after a four-fight KO streak, but his finishes have been coming along since his return. 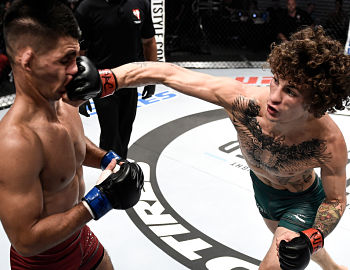 We all got notice of him on the Contender Series in 2017, where he KO’d Alfred Khashakyan. This was an incredible performance by the then 22-year-old O’Malley, it was a glimpse of the matrix. Khashakyan is the bantamweight talent Sergio Pettis made his Bellator debut against; he has eleven wins, all of which are via knockout, and O’Malley is still the only opponent he’s had that finished him with strikes. His only losses are to great fighters as well. Aside from his loss in his professional debut, Juan Archuleta, Ricardo Ramos, Sergio Pettis, and Sean O’Malley are the only guys to have a win over him.

O’Malley then made his UFC debut about half a year later against 24-fight veteran Terrion Ware, who he defeated via unanimous decision (29-28, 29-28, 29-28). He returned again three months later to face Andre Soukhamthath, who he also defeated via unanimous decision (29-27, 29-27, 29-28). ‘Sugar’ would’ve most likely either finished Soukhamthath or won all three rounds had he not injured himself in the third round. Though he didn’t finish either of his first two UFC opponents, he looked great in both fights, and those performances gave us a little peak of what he can do. O’Malley couldn’t make the walk again until exactly, to the weekend, two years later, due to two run ins with USADA from tainted supplements. 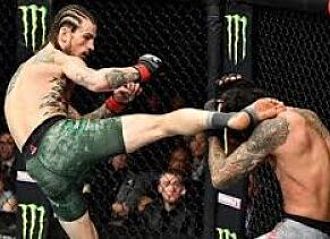 Upon return, O’Malley finished Jose Alberto Quinonez via TKO (head kick and punches) in round one. Quinonez isn’t a ranked bantamweight, but he is a very skilled fighter in his own right. He was 5-2 in the UFC, and was The Ultimate Fighter: Latin America finalist. Next, three months later, he fought the first ever bantamweight world champion Eddie Wineland, and this was really his coming out party.

Wineland wasn’t a ranked bantamweight either, but he is a great fighter with an elite skill set. He has great takedown defense, and some incredible striking of his own, primarily with his hands. Wineland had some minor success early on, nothing major, but when O’Malley found his range, he found his range. It didn’t last long after that, as ‘Sugar’ KO’d Wineland less than two minutes into round one. Wineland has been around the block, and in 39 professional fights, only two other opponents were able to finish him with strikes. 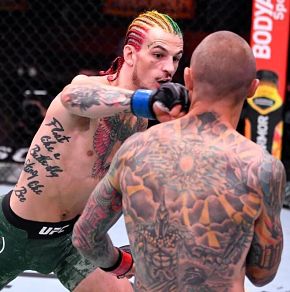 After improving his record to 12-0 earlier this month, it begs the question, is Sean O’Malley the Conor McGregor 2.0? In a lot of ways, yes. They’re both masters of distance management and footwork, and both know just how to pivot their feet and just when to turn their knuckles in order to make their punches sting, rather than thud upon impact. Stinging punches rattle your brain, you don’t see them coming; thuds generally have more power and impact, but aren’t quite as precise, and are often times telegraphed. O’Malley, nor McGregor telegraph any of their strikes. They both know exactly what to do in the right moment to get the torque needed in order to hurt their opponents.

They’re also both incredibly athletic, accurate, and have more precision than anyone in the sport. It’s very rare you see one of their best strikes not land, and it’s even more rare when you see them land and not stun their opponent. They both have such a deep understanding of striking: where their feet need to be, when to throw, what to throw, how much distance they need to keep, how to set it up, everything. They’re the two best fighters in the sport when it comes to that. Israel Adesanya is also similar in regard to the deep understanding of striking, but he has an incredibly extensive kickboxing background, and even his strikes don’t effect his opponents like these two. 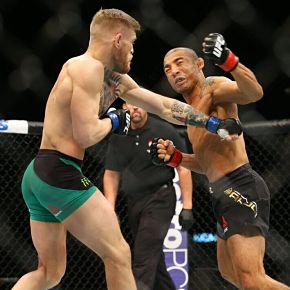 There are a couple areas where they’re different as well. McGregor doesn’t throw many kicks. Though he’s great at it, he’s more of a boxer. We saw him hurt Donald Cerrone with a head kick before finishing him, someone who has the most head kick knockouts in UFC history. He also used a lot of leg kicks against Nate Diaz in their rematch, and threw a ton of wheel kicks against Dustin Poirier in their fight back before McGregor ever won a UFC belt. He also showed some good head kicks against Dennis Siver. He is very good with them, but that being said, roughly nine out of every ten strikes McGregor throws is a punch.

That’s not the case with O’Malley, he throws literally everything, his arsenal is so deep and comprehensive. He’ll throw wheel kicks, round kicks to the legs, body, and head, spinning back kicks, he does it all. Not to mention his hands, which are just as good, and just as diverse as his kicks. The accuracy he brings to the octagon is insane, it’s almost unheard of. ‘Sugar’ also switches stances, and is equally as good fighting both right and left handed, something ‘The Notorious’ doesn’t do, he’s a southpaw. That makes it so much harder for his opponents to read him and defend his strikes, making him even more dangerous.

To really compare these two, we can’t consider most of McGregor’s UFC fights. Sean O’Malley is still only 25-years-old, so we’d need to compare him to McGregor in 2013, around the time he fought Max Holloway. McGregor was a straight up prodigy, it’s obvious why he became a two-division UFC champion, he’s so talented. That was only his second UFC fight, but he was O’Malley’s age around that time. Both of them are and were so gifted from a young age, it takes a special brain to understand the game the way they both do. 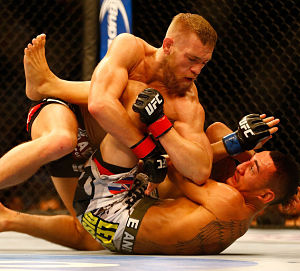 We haven’t seen too much of either of their grappling skills. Most fans count McGregor out on the mat and think he’s lackluster in that area of fighting, though he isn’t. People think this because he got out-wrestled by Chad Mendes and Khabib Nurmagomedov, and he also got taken down momentarily a couple times by Dennis Siver. Not to mention all four of his losses are via submission. However, everyone gets out-wrestled by Nurmagomedov, he was preparing for Jose Aldo when he fought NCAA Division I wrestler Chad Mendes, and went into the Mendes fight with an 80% tear in his ACL.

McGregor did however out-wrestle Max Holloway, and he tore his ACL in that fight. Holloway was also injured, nonetheless, that’s still very impressive. Most say that’s because Holloway was still green at that point, and while that’s true, healthy NCAA Division I wrestler Dennis Bermudez couldn’t do that to Holloway in his fight prior. O’Malley’s only two losses are also via submission, but they were early on in his amateur career, where he went 7-2 before turning professional. We’ve seen O’Malley get taken down before, but we’ve also seen him take opponents down. Surely he’ll continue improving in that aspect as well. 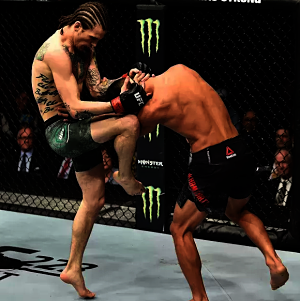 O’Malley stated this following his win over Eddie Wineland at UFC 250. “I really do believe I have the best striking in MMA. I want to knock people out. I love knocking people out. I’ve been knocking people out since I was 16. My jiu-jitsu is a secret weapon, we’re gonna continue to work on it and it’s only going to get better.” We’ll have to wait and see what he can do on the mat until that time presents itself. He does have a purple belt in Brazilian Jiu-Jitsu, as did McGregor at that age.

Now that O’Malley is the No. 14 ranked UFC bantamweight contender, we’ll soon witness what he’s truly capable of.

Comparing Conor McGregor then to Sean O’Malley now, O’Malley has more tools, a lot more tools. Even now, McGregor at almost 32-years-old doesn’t have all the tools O’Malley does. That doesn’t mean he isn’t as good of a fighter, he’s still one of the very best to ever do it, but O’Malley’s on his way to creating greatness for himself, as did McGregor. It’s just with everything ‘Sugar’ has in his arsenal, it’s impossible to imagine what he’ll be able to do in his prime years, he’s still five or more years away from that. Not to mention his frame, standing 5’11” with a 72” reach, the rest of the bantamweights are going to have a hard time figuring him out.

So to answer the question of whether Sean O’Malley is the Conor McGregor 2.0 or not, we say yes, he is.