I will be sitting cage-side with the ‘Big Homie’ Justin Haskell in Manheim,  PA calling the fights at Art of War 9 from the Spooky Nook on November 10.  Promoter Mike Bickings has said that this is the largest and most stacked card that Lancaster County has ever seen.  I am ripe with anticipation and especially for the match-up of Eugene “The Suitcase Kid” Aubry vs Jake Kozorosky.

Aubry (1-0) got his professional career off to a start with a dominant KO win at CES MMA 52 in Philadelphia.  He says he only wants tough fights.  This is sure to be that.  Kozorosky has never tasted defeat inside the cage. After going 7-0 as an amateur, he has begun his pro fighting career with 2 unanimous decisions and a first round TKO to stand at 3-0.

Kozorosky tells me that he takes pride in being a well-rounded fighter. Jake says he did see the Suitcase Kid fight on AXS TV in his debut and knows this will be his toughest test to date.  He remains confident that he will have his hand raised after the final bell and credits his team for always having him prepared.  Please listen to our entire interview on the link below and get to know Jake.  He’s a very bright prospect.

Adam Crist will be cage-side for MyMMANews providing live results and any updates.  Stay right here if you can’t make it out to the show!

LISTEN TO JAKE KOZOROSKY BELOW: 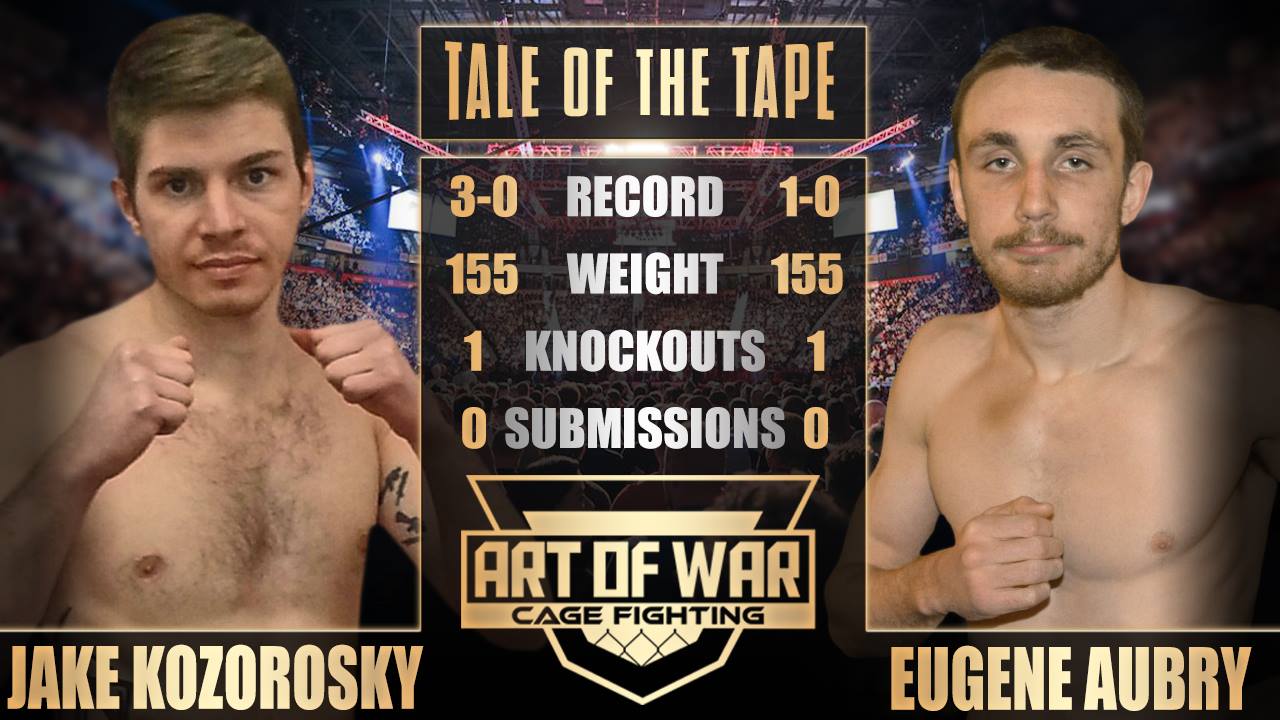 By Adam Martin 24 mins ago