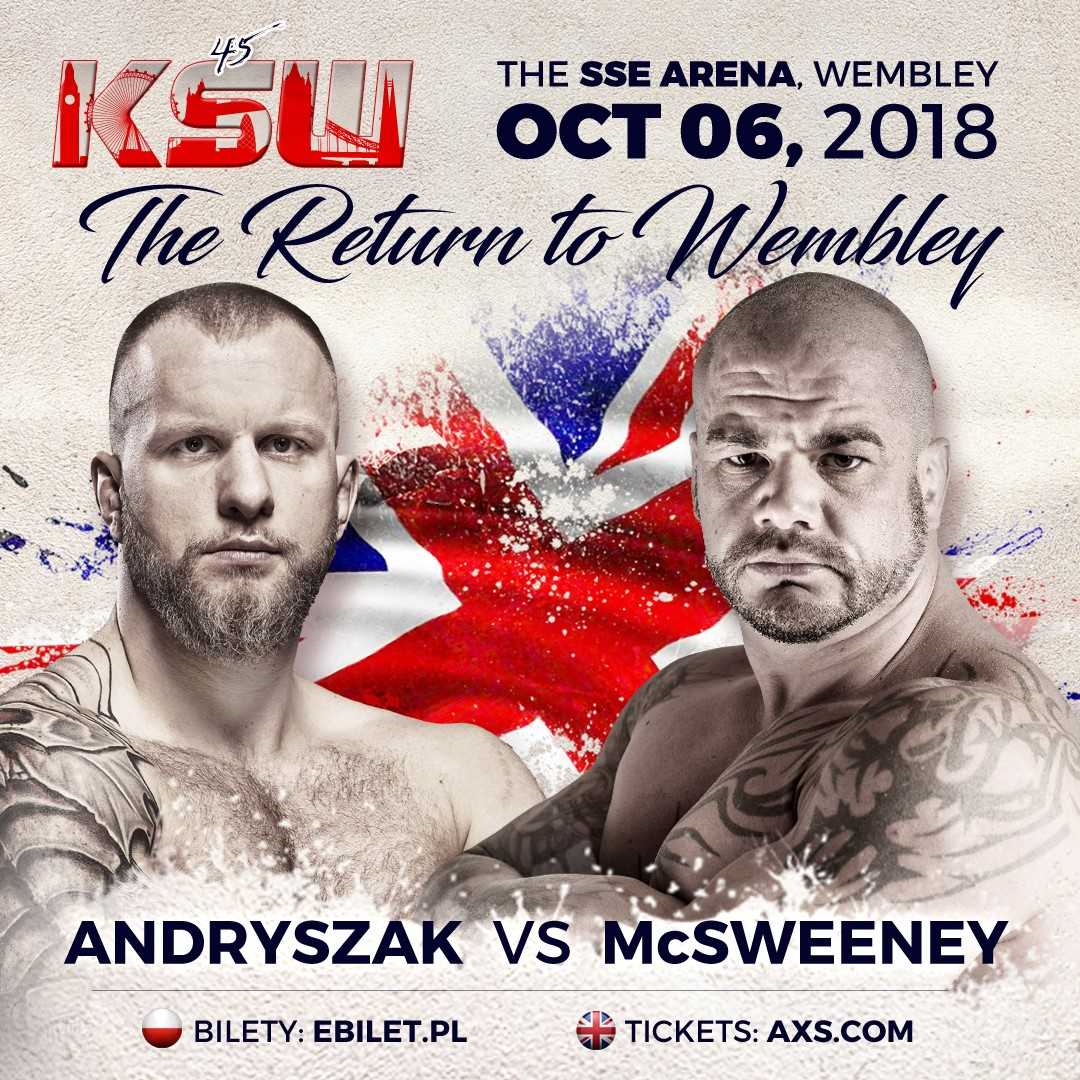 Another big heavyweight clash has been added to KSW 45 as former KSW heavyweight title contenders James McSweeney (15-16) and Michal Andryszak (20-7) collide at The SSE Arena, Wembley on October 6.

James ‘The Hammer’ McSweeney is a true veteran of the MMA game having competed all over the world, including the UFC and being a cast member of the memorable TUF heavyweight season alongside Kimbo Slice, Brendan Schaub, and Roy Nelson, and he is also a renowned coach having worked directly with some of the biggest names in the sport.

Hailing from London, England, McSweeney now returns to compete in his home city for the first time since his win over former KSW champ Marcin Rozalski at KSW 32. The 37-year-old will be looking to recreate that performance and reestablish himself as a force in the KSW heavyweight division with a win on October 6th.

Standing in his way however is Michal Andryszak. At only 26-years-old this Polish monster has quickly risen to become one of the true top prospects in the world at heavyweight. The owner of nineteen first round stoppage wins and already a former title challenge in KSW, Andryszak is aiming to get back into the title fold.

This fight joins a stacked card for KSW London that includes a heavyweight title fight between Phil De Fries and Karol Bedorf, a rematch between welterweight champion Dricus Du Plessis and Roberto Soldic, as well as the beginning of a four-man tournament between Michal Materla, Damian Janikowski, Scott Askham, and Marcin Wojcik to crown a new KSW middleweight champion.

And who can forget the unpredictable heavyweight collision between the infamous Popek Monster and bodybuilder & social media star Erko Jun.

KSW 45: The Return to Wembley will be live around the world on www.KSWTV.com and tickets are on sale right now from AXS.com.