Fighters can attest to the grind to overcoming and conquering challenges to achieve their goals. TUF 25 Champion/ UFC Veteran Jesse “JT Money” Taylor is a long-time fight game veteran. The decade long journey saw Taylor reach the highest achievements in MMA. In contrast, he has also hit rock bottom, which on many occasions leaving many pondering, will he be able to make a comeback? Yet, as JT has taught us many times, one should know never to count him out! August 28th aims to serve as a reminder to many, as Taylor’s upcoming match at NWFA “Retribution” will be the relaunch of Jesse Taylor’s domination onto the MMA world.

We at MYMMANEWS got the opportunity to talk to Taylor as we get an inside glimpse of his road to redemption.

It’s something about competing in MMA that keeps a man going. From UFC veteran, EBI veteran, the wrestling, what keeps Jesse Taylor motivated to continue his journey?

JT: “Thank you, yes. You named the shows I’ve most likely fought in. Lately, it’s been mostly professional grappling. I think it’s the journey of learning, expanding my knowledge of martial arts, challenging myself, and setting goals, which keeps life interesting! There’s nothing like a fight and the adrenaline rush. It’s almost dreamlike, and nothing puts you in the moment. It’s life or death in a way; there are no other problems or issues. It’s just the fight. My children motivate me and my legacy. My love for fighting carries me through and for all the great experiences that come with it. So, the journey inspires me to continue the journey in combat sports!”

When we last saw you compete, you suffered a first-round submission loss to Gadzhidaudov at Absolute Championship Akhmat. Following the loss, the 2020 Health Pandemic put a halt to many people’s plans. From your last match in 2019 going through the crisis in 2020 to where you are now, what is the biggest change you notice about yourself?

JT: “Everyone I fight is very high level, either contenders or champions. You can go through my record and see that. The Russian caught me in the beginning of the fight with a knee to the chin. I was on Queer Street after that and didn’t even remember the submission. After the fight, I was mad because I didn’t get to showcase my grappling skills for MMA. He was tough and has been on a winning streak after that. I only fight the best anything can happen at the very top level. I hate excuses but should not have even done that fight. I trained hard MMA for only a month and sparred maybe a couple of times for that camp. A month before, I was partying and drinking to excess and not being a champion. It was a very turbulent time in my life. I was coming off an injury, was released wrongly from my UFC contract, and received a short-notice fight. I was not preparing properly against a very tough Dagestan champion fighter who’s been ready and training doing the right things I was destined to lose. Now, if I was training right doing the right things properly, would I have won? Perhaps? It’s in the past. But like I have done in the past, I know how to learn from my mistakes, prepare properly, do the right things and get my mind, body, and soul right to win and beat anybody. When I am focused, I cannot be stopped and know what I must do and have corrected my mistakes to go back to my winning ways.” 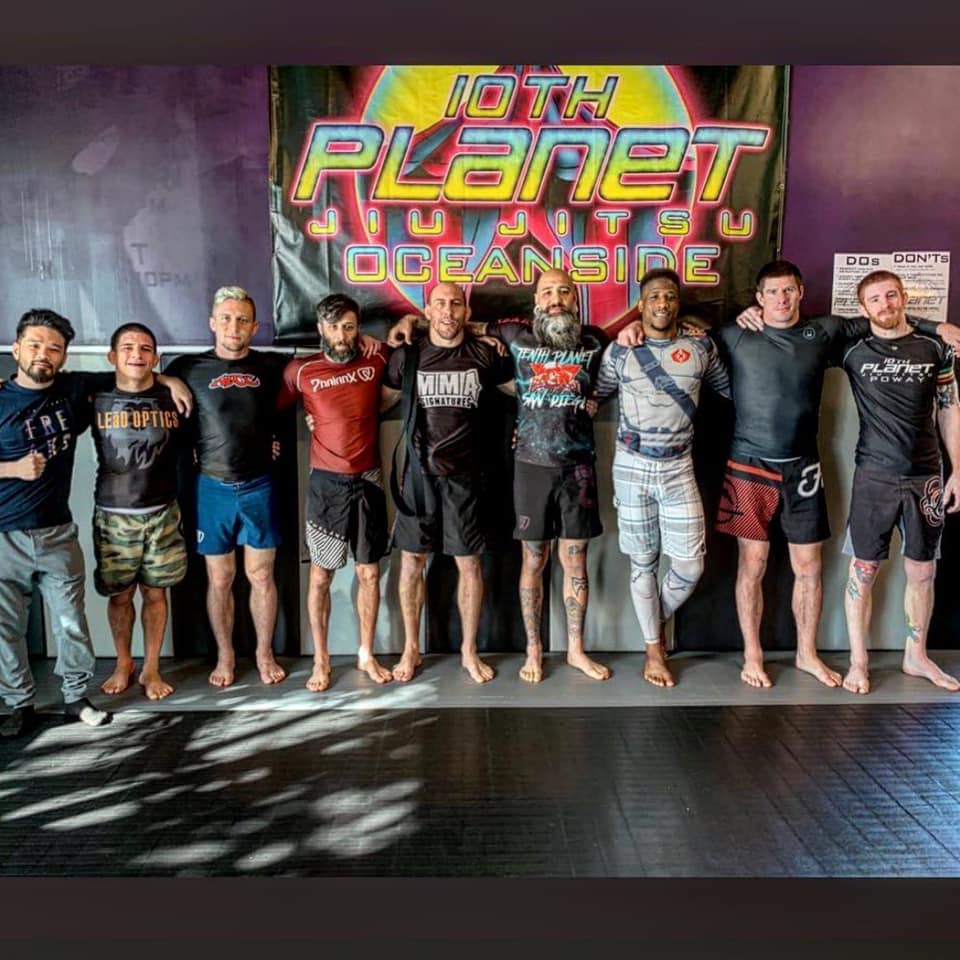 Your training schedule today sees you practicing with various BJJ and MMA camps. What is the biggest benefit of using this method of training?

JT: “BJJ is great for my style and MMA in general. It’s slightly easier on the body. If you’re a master, you can always go hard! Not saying don’t be stupid but still train smart. The cross-training helps me see many different styles, so you’ll be ready for anybody. I’m confident I’ll be prepared. I’m better than before, thanks to the 10th Planet system and getting new MMA looks.”

JT:  “I’m very excited because I get to remind all the fakes and posers how good I really am, compete against the best, and get paid to do what I love at my age. I’m excited about some real violence again and the feelings of victory and fighting in general. Life’s good.”

On this card, you will be going against fellow TUF alumni and UFC veteran Seth Baczynski. How did this match-up come about at this local MMA event, and what makes the match special for you?

JT: “It’s the perfect return for me. I faced Seth right before TUF 25. We never fought on the show but fought a couple of months prior, where I won by unanimous decision. I’m looking to repeat the results in a more spectacular fashion. First rematch for me, and it’s awesome to fight another experienced opponent from the TUF show and in a rematch, no less! It gives me more pressure, and that pressure makes me perform better. I’m excited that it all starts on August 28. He’s the only thing that matters for my career to secure the W.” 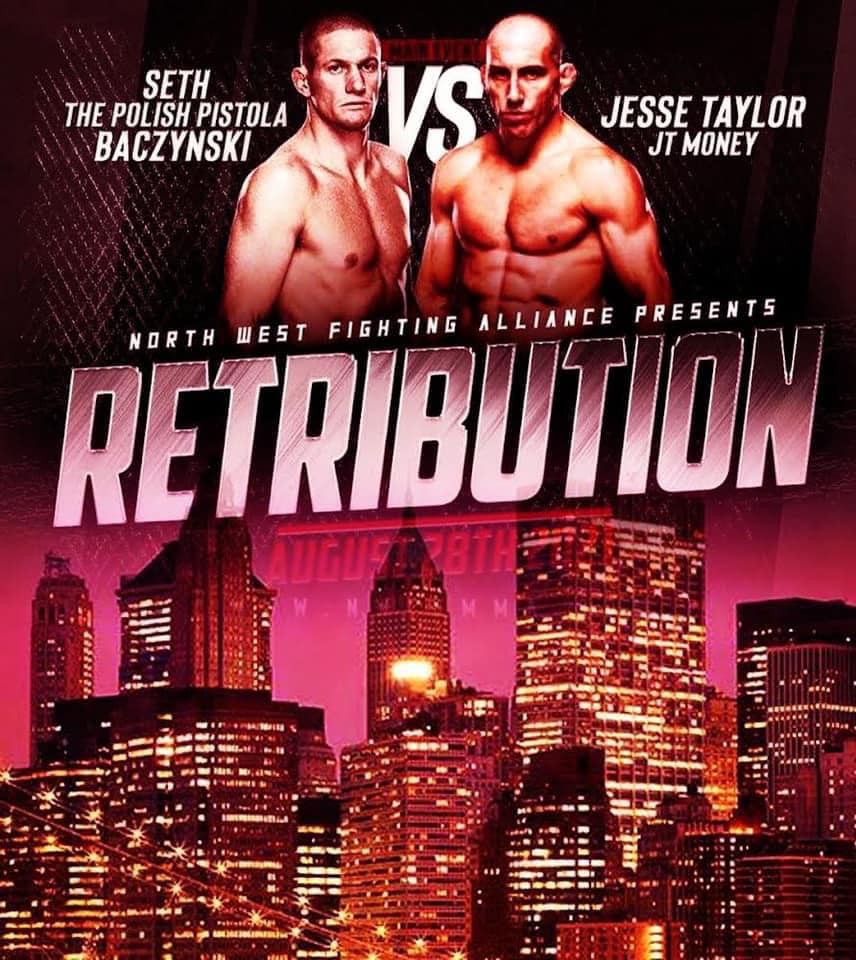 What gives you the edge over your opponent?

JT: “I beat him already, that on paper says I’m much more accomplished. I also won the same TUF 25 tourney that he was in as well. My actions prove I’m better. But none of that matters except making a statement on the 28th on how good I am.”

What does this win do for Jesse Taylor, and where do you see yourself going after this fight?

JT: “Everyone knows how good I am, but who’s going to show up or if he’s still got it. It starts with smashing Seth to go on to bigger shows like UFC, PFL, and Bellator. I may have to get another fight or two before that, but I am ready to beat them all. I want to remind everyone that yes, I fall off a lot, but I always come back to win. I’m finally ready to return and get back to my form with some additional enhanced improvements. Now is my time to fulfill the legacy I created!”

By Chris De Santiago 13 hours ago