A few short weeks ago, Jim Fitzpatrick (2-0) signed a contract to fight Solo Hatley Jr., in the headlining bout set for PA Cage Fight 35 in Wilkes-Barre, Pennsylvania on March 23.

Days later Fitzpatrick would learn that his opponent had pulled out of the contest, leaving him wondering if he would have a dance partner come fight night.

A similar situation was happening to Christopher Piriz (6-6) as he was supposed to meet Dwayne Holman at Cage Fury Fighting Championships 72 in February.  When Holman no-showed for weigh-ins, Piriz was left standing at the alter.

PA Cage Fight promoter Paul Matreselva recognized the potential in a pairing between the undefeated Fitzpatrick and the ever dangerous Piriz and booked the title fight as soon as the two warriors agreed.

“I think it was all meant to be, it came together,” Fitzpatrick said of the booking.  “Now I have a fight, he has a fight.  We’re both people who are going to show up and we’re going to fight.  There’s not going to be any pulling out for any stupid reasons.  He’s a game opponent, and he’s a tougher opponent, and I look forward to the challenge.”

In speaking about his opponent’s skillset and experience, Fitzpatrick did not beat around the bush. 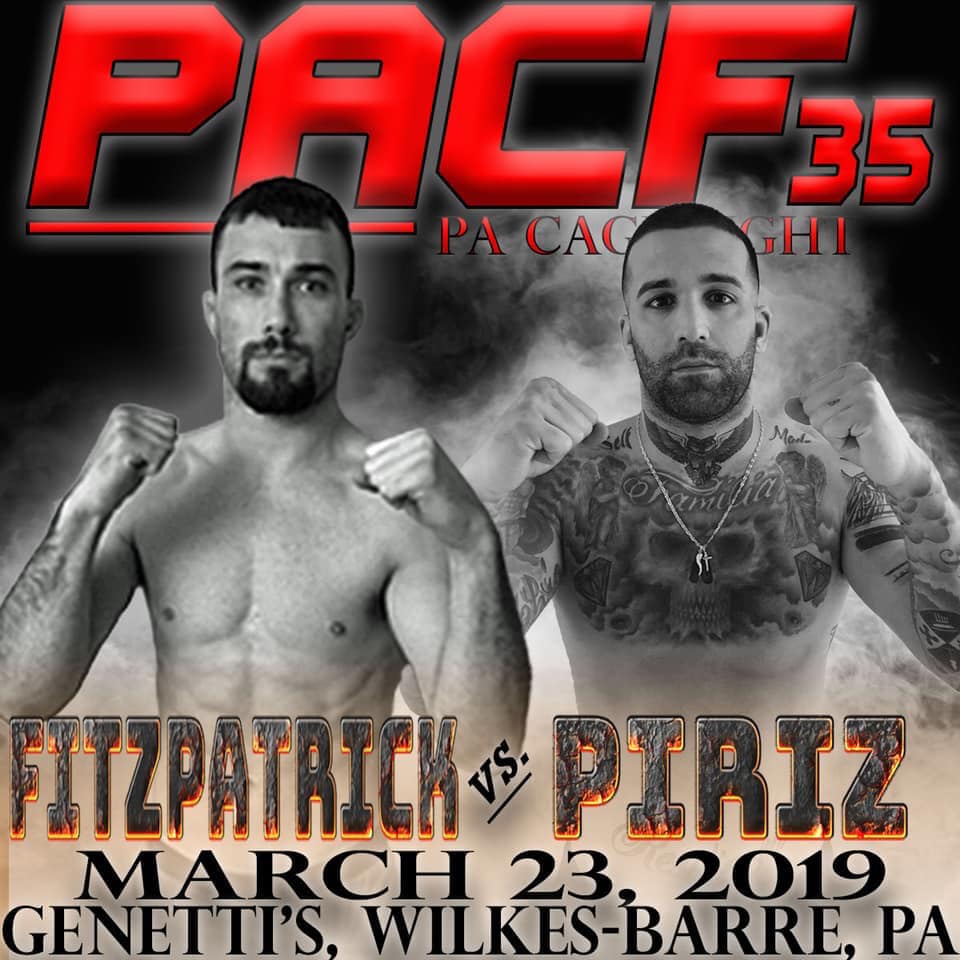