A rematch between Pedro Munhoz and Jimmie Rivera is tagged with a new date once again.

The ranked-bantamweight bout is being booked for the second time, this time  slated for UFC Fight Night 186 at the UFC Apex in Las Vegas, Nevada on Feb. 27. MMA Fighting was the first to report the rebooking.

The pair was originally scheduled to face off on Jan. 30, but was then moved to UFC 258 on Feb. 13. The bout was eventually scratched due to a positive COVID-19 test.

Both Rivera and Munhoz previously tested positive for COVID-19 in 2020.

Rivera bested Munhoz in their first meeting, earning a split decision victory at UFC Fight Night 77 in November 2015. Rivera most recently snapped a two-fight losing streak by earning a unanimous decision win over Cody Stamann at UFC on ESPN 13 this past July. 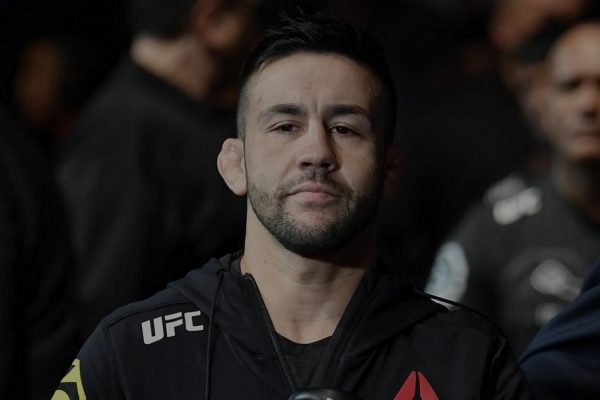 Munhoz is currently on a two-fight skid after rattling off three-straight victories. He most recently dropped a split decision to former UFC lightweight champion Frankie Edgar.

The 34-year-old’s most recent win is a first-round TKO victory over former UFC bantamweight champion Cody Garbrandt at UFC 235 in March 2019.

Let’s hope this bantamweight matchup can hold together this time around.  Who do you have walking away wit their hand raised?