When Webb steps into the CFFC cage in Atlantic City, August 5, it will have been 364 days since he last fought at CFFC 60 in 2016.  Webb defeated Isaac Steele via rear-naked choke on August 6.

On June 19, Webb went to social media to write, “Ok guys, looks like I’m going to make my return to the cage. Like I said before I’m not going to do this half-assed. I’m jumping back in this full speed. With that said I’m going to need support like I’ve never had before.”

Of his 12 professional mixed martial arts fights, Webb has won nine of them inside the CFFC cage.  He also has one no-contest with the organization.  His two sole losses came during him time with the UFC, decisions to Nathan Coy and Kyle Noke.

Webb will take on Cody Wilson (9-3) in the evening’s main event.

CFFC 66 will be held at The Borgata Hotel Casino & Spa. Purchase tickets here. 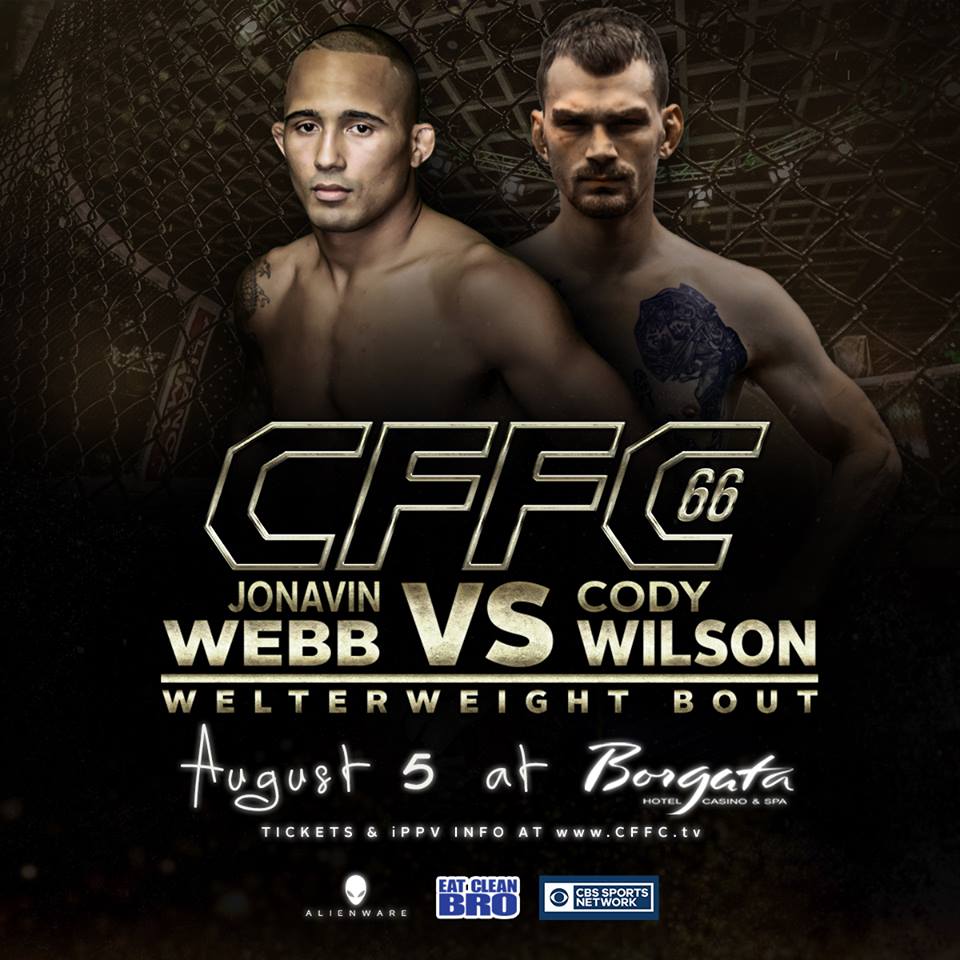