In what was billed, as the biggest fight in the history of the sport did not disappoint. The build up was explosive and the fight had been in the process for some time with supporters just hoping both made weight. Khabib weighed in first and on the dot at 155. McGregor was then one of the last on the card to take to the scales weighing in at 154 ½ pounds. The fight was on.

Khabib was bringing in a remarkable MMA record of 26-0-0 to the contest, and is one of the most dominant and avoided fighters on the UFC roster. He holds the record for the most takedowns in a bout with 21 in which his wrestling game seems to be levels above any opponent he has faced. The 30 year old has not come close to defeat in any starts in which he has barely being tested and it was a similar story against Conor. The question was being asked could Khabib handle the pressure come fight night? He put in a dominant performance even dropping McGregor on the feet to show his stand up ability, which had been questioned prior to the fight.

McGregor on the other hand is still the biggest name in the UFC and now has an MMA record of 21-4-0. He had a two year absence to overcome but remained active in which he took on the greatest boxer of his generation in Floyd Mayweather Jr, putting up a positive showing gaining many plaudits. McGregor is used to the big occasion and had provided some stunning stoppage victorious against the likes of Aldo and most recently Eddie Alvarez.

His victory over Aldo was the fastest victory in a title contest and one that had been long in the process. This was a stunning victory and just another example of the Irishman’s punching power. However in this contest he seemed to lack this power, landing several shots that Khabib took without trouble. Had the absence away from MMA impacted this? This was without a doubt McGregor’s biggest test to date against the unbeaten Russian. Khabib was the favorite for the fight but according to www.sportytrader.com, there was continued use of bonuses to help with heavy support for Conor across fight week in Vegas.

Following his stoppage of McGregor mid way through the fourth round, Khabib lost all his composure and jumped the cage to fight the Irishman’s teammate, Dillon Danis. What followed were ugly scenes as several of Khabib’s team jumped into the octagon and began attacking McGregor. We have yet to find out the outcome of this behavior but there is no doubt Khabib is going to be looking at a heavy punishment for his actions. 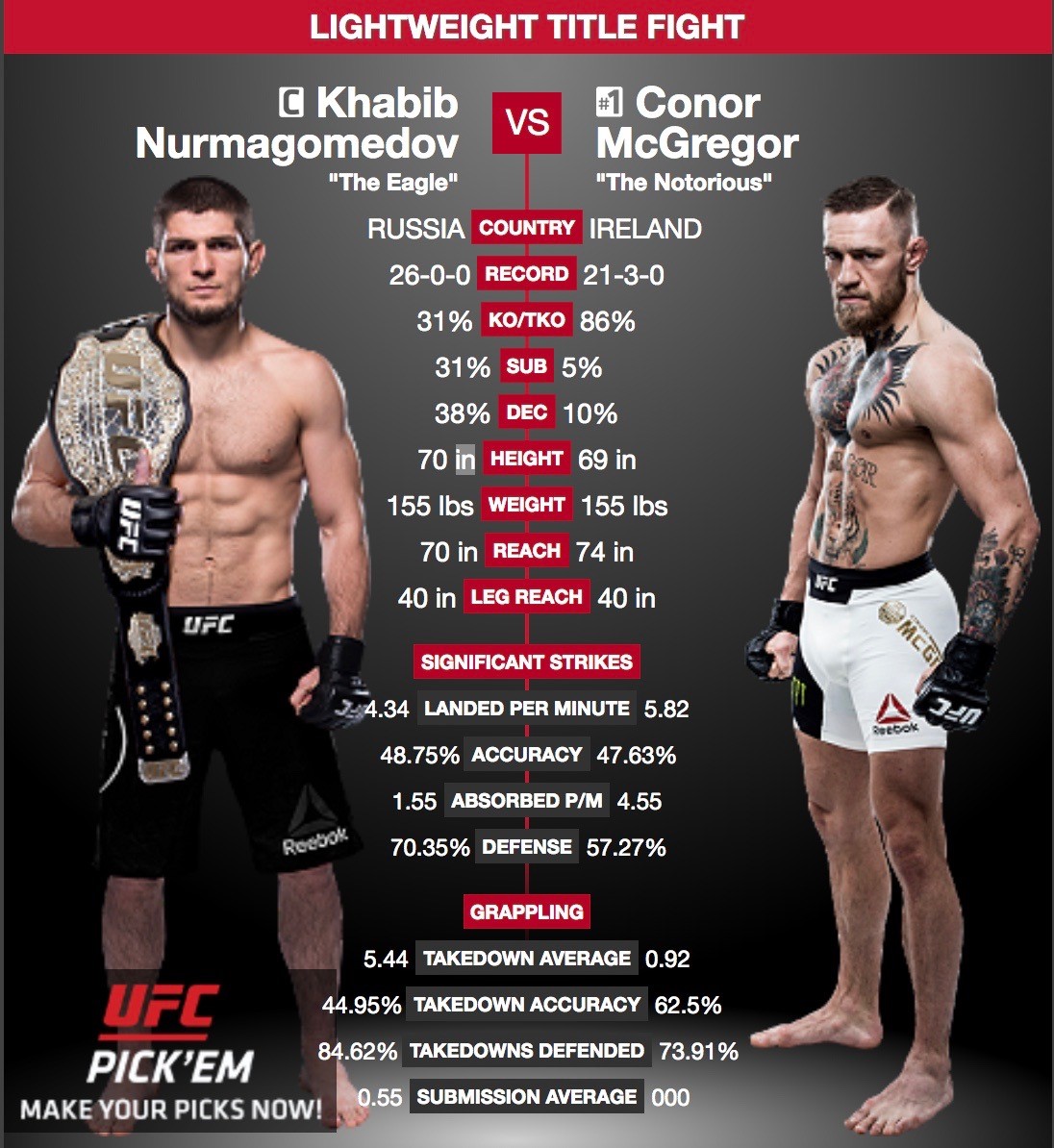