Luke Trainer joins Lenny this week to talk about his upcoming fight vs. Lucas Alsina this weekend at Bellator 287.

Luke Trainer returns back to the Bellator cage following the first loss of his professional career last time out. Trainer will face an experienced Argentine as he looks to get back to winning ways.

Trainer (5-1), has shown glimpses of his potential thus far in his MMA career and this weekend in Milan, where it all started for him in Bellator looks to show the world that he hasn’t gone anywhere.

Thanks to Bellator and Luke for his time of day.

Luke Trainer looks to return to winning ways this weekend vs. Lucas Alsina; here are his thoughts on the match-up:

It is going to be a war; this guy is going to come and scrap. He is a dope fighter; his striking is very high-level; he comes from a K1 background. He has great grappling too, but I am going to be too much for him on the night.

I am going to run through this man (Alsina). I think I am going to get the finish in the first round. If not, I will finish him within three. If I was allowed to bet on myself, I would bet on a first-round finish.” 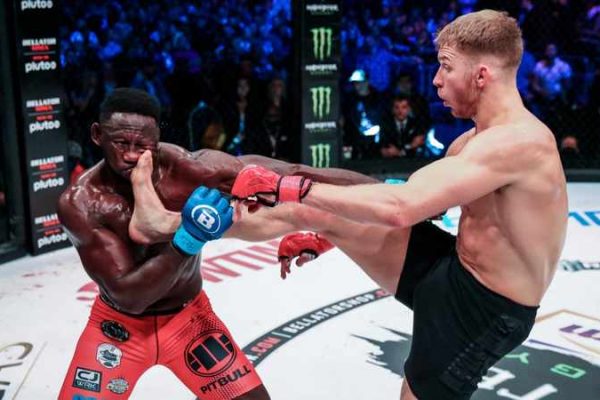 Trainer made his analyst debut at Bellator Dublin this year and wouldn’t mind another shot at it:

“That was a lot of fun. I got to be cage-side, it was weird being on that side of the cage and getting paid for it. It was dope, me, and Josh Denzel (English reality TV star), chatting about the sport I love. Hopefully that is going to be more of a part-time gig for me.

I think there is a February card in Dublin and London in March so I will definitely be on one of those. The one I am not on, if I can chat sh*t about what is happening inside the cage, then I will. It was a lot of fun.

I was so nervous, my dyslexia is level 100. I was coming out thinking I would have to read a monitor and talk about stats and numbers, and he (Josh Denzel) goes ‘brother we are just waffling about fights. You do this every day, just tell me how a fighter gets a choke.’

The chemistry worked really well. I think they were happy with it. I am looking forward to doing it again, fingers crossed I can start travelling to do more.” 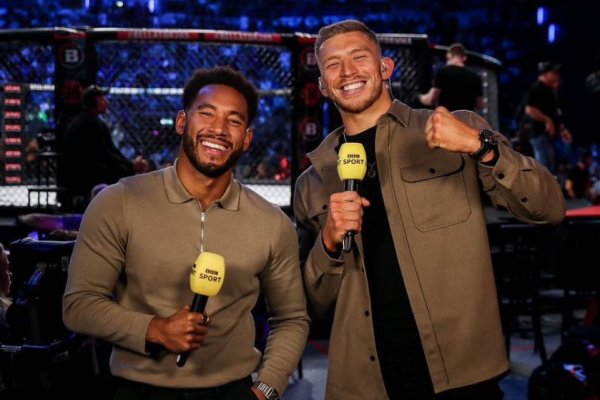 Thanks to Bellator and Luke for his time.