Marshall Shermer started his amateur mixed martial arts career in 2015 and has amassed an impressive 6-3 record to date. “Law” Shermer, well known as a “kill or be killed” fighter with a habit of getting in and out of the cage with a quickness…all of his wins and losses have come via stoppage and none of his bouts have gone past the second round. Quite the illustrious resume coming into his first bout under the Cowboy Fight Series banner. On top of that, this bout will serve as the main event for the evening and with the featherweight championship at stake.

Shermer was originally slotted to face Conner Buell at CFS 3, but unfortunately, Buell injured his foot a week before the bout and was forced out of the contest, leaving Shermer without a dance partner for the evening, and received a bye to the finals. Shermer attended CFS 3 to support his teammates, as well as to scout the fight between Dallas Manspile vs James Lyons which served as the semi final matchup to which he’d face the winner. Shermer witnessed first hand, Lyons defeating Manspile via submission in the second round, establishing who his next opponent would be. Shermer then entered the cage to face off against his next opponent, James Lyons, as the two engaged in a heated face-to-face stare down. Thus, training camp for James “Lyonheart Lyons” begun.

“I feel like I have an advantage because he hasn’t seen me fight since my fight and I saw him fight in person at the last event. And on top of that..him having all these consecutive finishes and the way he’s doing it…I’m able to really read and gauge what his game is more than he is on me. He doesn’t really know. I feel like he really doesn’t know what I’m gonna wanna do. But I mean, it’s no secret…like, I wanna hurt him!”, Shermer boldly says about his impressions of Lyons.

Dissecting his bout with Lyons, Shermer says – “On the feet. The engagements…I think it’s gonna be a landslide.” Continuing with “It doesn’t exist in my mind for him to win this fight and he’s going to know that when we enter the cage together!”

When I wrapped the interview, one questioned remained lingering of how he felt he’d take out James Lyons in such a highly anticipated title matchup, to which Shermer confidently replied “I submit him! I don’t know how but I’m gonna submit him. I’m trying not to rush. I don’t wanna blow my gas tank even though it’s better than ever, I don’t wanna rush, but it could be the first round.”

Be sure to get tickets for Cowboy Fight Series 4 online here. 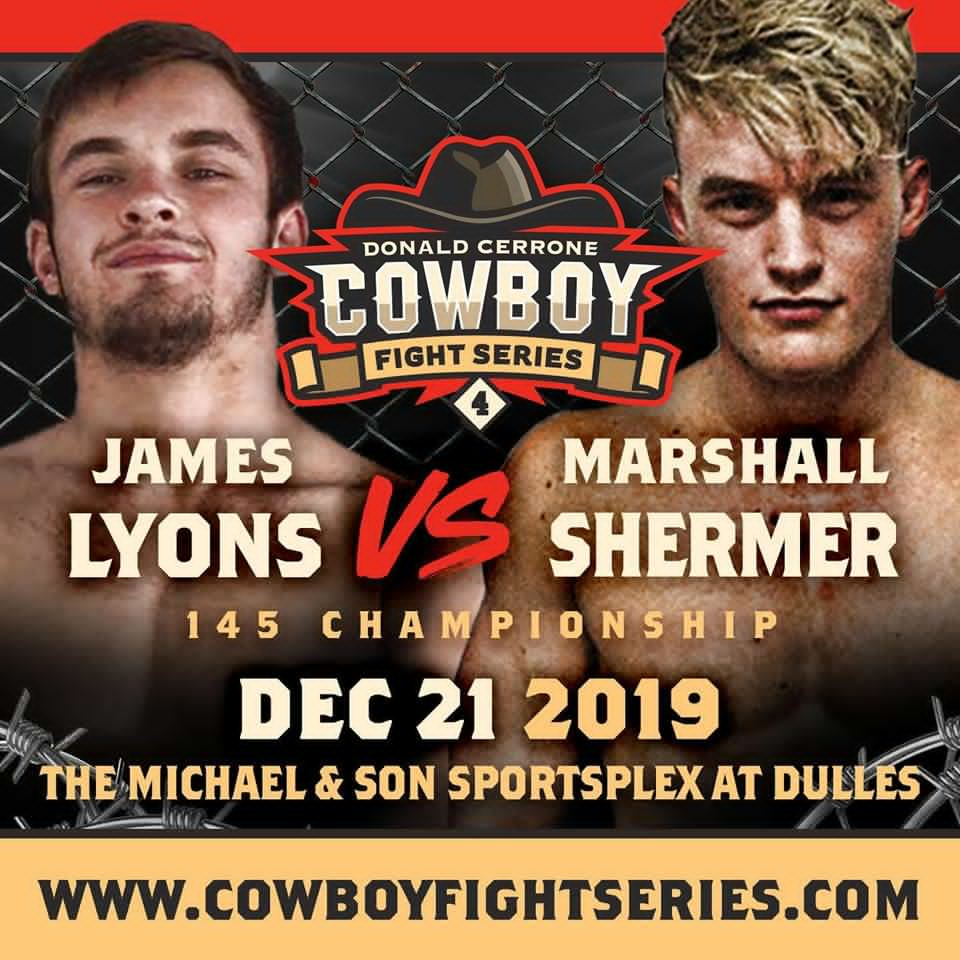