Today, the WWE will announce that Showtime boxing announcer Mauro Ranallo will become the new voice of WWE SmackDown when the show moves to the USA Network on Jan. 7 (at 8 p.m. ET.)

“In an interview with SI.com on Friday, Ranallo said Michael Cole, who handles broadcast talent development for the WWE in addition to on-air work, emailed him about a month ago to inquire about his interest in working with the company. Ranallo then sent the WWE some of his broadcast work, including a promotional vehicle he did for Berkshire Hathaway shareholders where Ranallo called a mock fight between billionaire Warren Buffett and Floyd Mayweather. (This was no low-end production: The video was directed by Animal House director John Landis.) The WWE brass, including chairman Vince McMahon, was impressed. ‘This was an opportunity I did not think I would get at this point of my career and I jumped on it,’ Ranallo said. ‘I have been a lifelong fan of the product. Michael said that when Vince saw the Warren Buffet video, it seemed to cinch it. They believed I could sell the entertainment part.'”

Ranallo will still call boxing for Showtime and do GLORY kickboxing as part of his WWE deal. 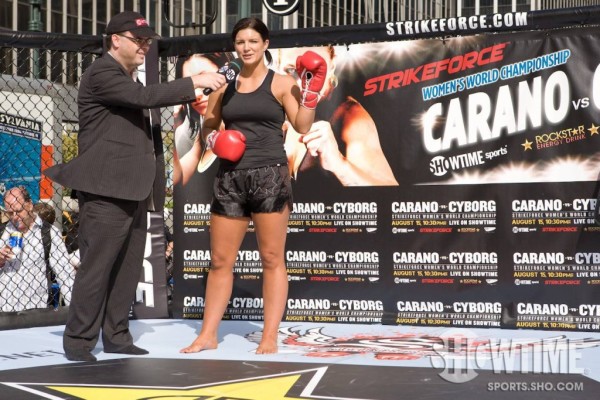