Listen to my interview with Taylor McMahan and learn a little bit about a young man who is clearly dedicated to making a name for himself in combat sports.

McMahan (1-0) will be taking his second kickboxing fight at Stellar Fights 40 this Saturday, February 23.  He has an unbelievable work ethic spending multiple hours at the gym every day and working at night.  In the future, McMahan says he will transition into MMA, but for now he will work on his striking in this bout and keep grinding on his ground game while in the gym.  For such a young man, he seems to have a good grasp of what is needed so early into his career in the cage.

MyMMANews will be live with results and post-fight interviews.  Visit the Stellar Fights website for ticket info.

LISTEN TO TAYLOR MCMAHAN BELOW: 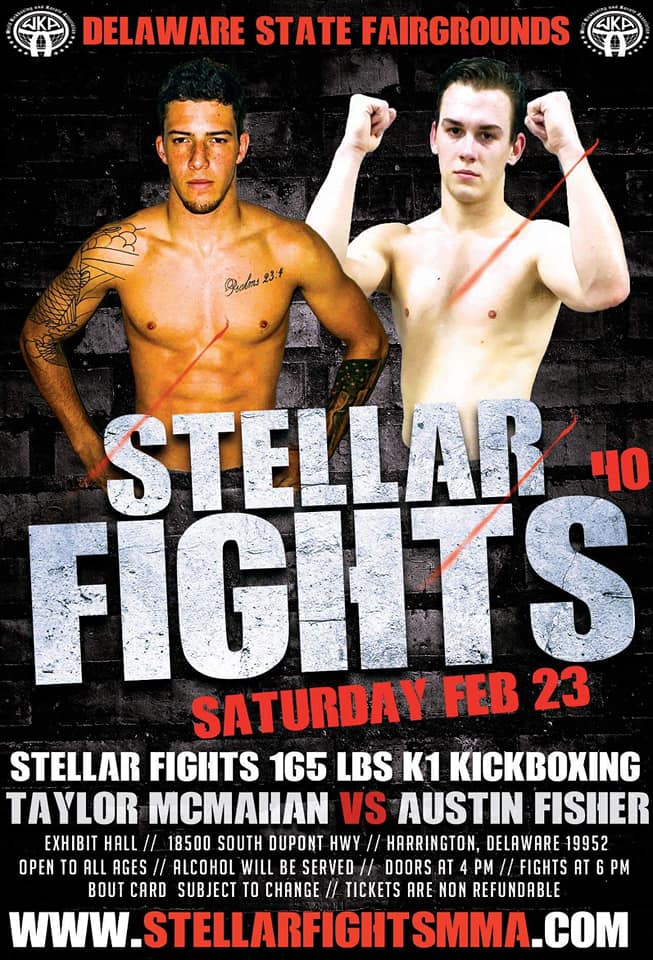