Former WFF flyweight champion Bruno Gustavo da Silva had a bit of a rough going early on his his UFC career. He’d go winless over his first three fights with the promotion, just after winning his title in Arizona.

First, da Silva made his promotional debut a division above at 135 lbs, where his opponent, Khalid Taha, missed weight. Taha is also a natural bantamweight, while da Silva is a natural flyweight. 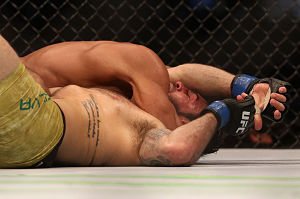 The defeat was later overturned however, as Taha tested positive for a banned substance following the fight. 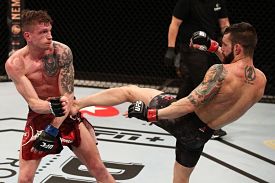 When da Silva debuted in the UFC, he came in with a record of 10-3-2. He was on a two-fight win streak, where he won his WFF belt, the same one Brandon Moreno won before joining The Ultimate Fighter, in his fight prior to joining. He also battled to a draw with bantamweight stud Casey Kenney in the LFA.

Since this however, da Silva has secured the Performance of the Night bonus in his last two outings, as he knocked out both JP Buys (March) and Victor Rodriguez (May), dispatching of Buys at 2:56 of round two after a dominant display of striking, and finishing Rodriguez off in exactly 60 seconds, improving his record to 12-5-2 (1 NC).

Granted, these aren’t two of the very best flyweights in the world, but Buys had a good deal of hype coming into their bout, as did Rodriguez. Da Silva just ran right through them both.

It appears one of two things are evident: da Silva has found his groove inside the UFC, it only took his fourth and fifth tries. Or, or, he just wasn’t fighting as high level of competition recently.

Well, the latter is a fact, we’ll have to wait and see if the first is true or not.

One thing is for certain however, he’s been as on point as it gets over his last two contests.

There are a lot of good match ups for him to find out, now that the UFC has been consistent with adding flyweight talent to their roster. Former Rizin bantamweight champion Manel Kape would be a great test for both men.

Kape has gone winless through his first two UFC bouts, though most scored his second outing for him than not, and da Silva needs a slight step up in competition. They’re both great strikers with some real power. 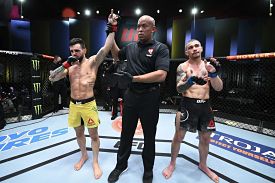 Zarrukh Adashev would also be a fun fight to see. Adashev went 16-3 as a professional kickboxer, and his tiny frame matches that of da Silva’s. This would also be a very fun kickboxing bout with both men having a great shot at defeating the other.

Lastly, should UFC flyweight champion Deiveson Figueiredo’s little brother, Francisco Figueiredo, defeat Malcolm Gordon next month in July, that’d be a great fight for the UFC to make. Figueiredo’s a bit longer and lankier than da Silva, but doesn’t have quite as much power.

Not to mention, they too are both strikers, like the previous two names mentioned.

Who would you like to see Bruno Gustavo da Silva face next?