Titan Fighting Championship officials have announced the lineup for Titan FC 65 which will take place on Nov. 22 at Pabellón de Esgrimain in Santo Domingo, Dominican Republic.

The card, which will be headlined by a welterweight title bout between defending champion Michael Graves (9-1-2-) and challenger Oton Jasse (20-6) and is coordinated in association with Fighting Force Promotions, will be broadcast live on UFC Fight Pass, the world’s leading digital subscription service for combat sports.

Graves enters the contest following a successful title defense against Yuri Villefort at Titan FC 59 in February. The champion stopped the challenger with strikes in the fourth round to retain his championship at 170-pounds.

Jasse, fighting out of Rio De Janeiro, Brazil, makes his Titan FC debut after securing a first round finish by way of anaconda choke in his last outing with a regional promotion.

Also, kickboxing returns to Titan FC as Gustavo Genao and Luis Peralta will meet at a catchweight of 140-pounds.

Titan FC 65 comes the night after the promotion’s COO, Lex McMahon, steps into the cage for the very first time as a competitor. McMahon, 49, will compete at Fighting Force 4 on Nov. 21, facing fellow heavyweight Justin Thornton in the promotion’s main event.

McMahon plans on donating his fight purse to AHERO, a charity that addresses Post-Traumatic Stress Disorder and suicide among military veterans. McMahon sits on the board of the charity. 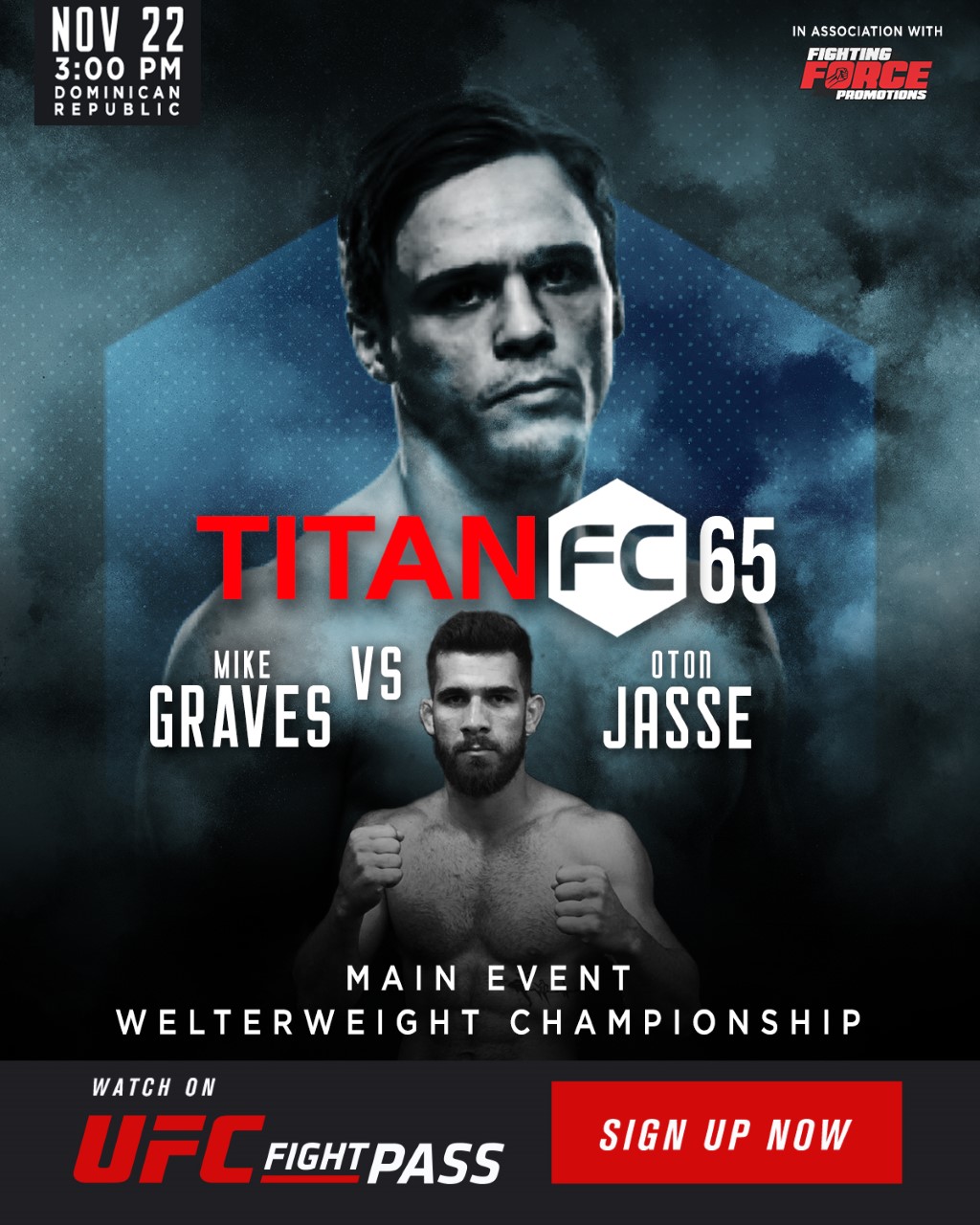