Mike Grundy was eager to try to get back in the win column after his loss to Movsar Evloev – until one of his team tested positive. In a Twitter post below, Grundy said the “devastating news” has him down for now, but plans to return and “run through the featherweight division”. Scheduled to make just his third UFC appearance, Grundy, 33, won his UFC debut when he finished Nad Narimani via TKO in March of last year. In his short UFC tenure, Grundy hasn’t had the best of luck trying to get a fight inside the UFC – with the newest cancellation already being his third. Got to feel for the Brit, hopefully we can see him in the cage soon.

Lentz will be looking to end a two-fight skid. In May 2019, he lost a second-round TKO in a crucial rematch against Charles Oliveira. In January 2020, he suffered a unanimous decision loss to Arnold Allen. In that fight, “The Carnie” sustained a eye injury when he encountered a eye poke in the fight. He then went on to say “he nearly lost an eye” – which resulted to have a complicated surgery that could have left him worse off than when he started. But now he’s ready to return. 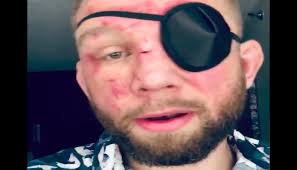 Evloev on the other hand, fought once in 2020 and ultimately remained unbeaten with a unanimous decision against Grundy in July. He was supposed to meet Nate Landwehr this past December, but tested positive for COVID-19. Now he’ll try to stay perfect against Lentz with a short-notice call up.

With the addition, the UFC 257 lineup now includes: