Since WMMA fighters like Gina Carano and Ronda Rousey brought women’s action to the forefront of the MMA world, there has been a trail of fighters to follow showing their ability to be just as dominant as their male counterparts. The evolution of WMMA has had a position effect on the evolution of MMA as a whole. One of the young professional fighters ready to be passed the torch for the next generation of WMMA warriors is Natalya Speece, out of Jackson Wink MMA Academy. When world-class talent joins a world-class team, only great things can happen and Speece is at the beginning of that journey.

Finding MMA and the Evolution

Typical of most successful fighters, Speece specialized in one art before expanding her boundaries to enter the world of MMA. Speece was born and raised in Imperial Beach, California. Another professional combat sports athlete also calls Imperial Beach home, and that’s former heavyweight boxing champion, Andy Ruiz Jr. Her journey to MMA began in her prime teenage years and has continued ever since.

“I started Muay Thai at 15 and was competing by 16. Absolutely fell in love with the art of Muay Thai and had enough crazy in me to keep me coming back for more! I’m a student of the sport and love learning absolutely everything I can which is why MMA was so perfect for me. As much as I enjoy my stand up I fell in love with the grappling aspect of it too. I also love a good challenge which is why I’ll be competing in jiu-jitsu this year [2021] as well,” Specce told MyMMANews.

Nestled in  Albuquerque, New Mexico, sits one of the most elite MMA teams in the country, Jackson Wink MMA Academy. The academy, as it currently stands, was created in 2007 between coaches Greg Jackson and Mike Winklejohn. The original conception began in 1992 in which the school where Jackson taught his own original form of mixed combat. In 2000 the school became an MMA establishment. Most recently, the gym won the 2015 Gym of the Year at the World MMA Awards. Several of the best fighters in the world have walked through those doors including Jon Jones, Holly Holm, and Georges St-Pierre among many others.

“Moving to JacksonWink MMA in New Mexico was a big sacrifice but paid off for sure. The coaches there are so talented. I’m grateful to learn under Greg Jackson, Mike Winkeljohn, Brandon Gibson, and Joey Villasenor. I’m so blessed to have connected with my grappling coach Harry St. Leger and all the Professors at Gracie Barra,” stated Speece. “My teammates are the ones who stepped up most in this fight camp and got me through every grueling minute. My teammates/cornermen Rodney and Tevin did a better job than I could have asked for and I would be honored to have them work any of my corners for my next upcoming fight.”

Pro Debut on a Big Stage

After an initial amateur bout in 2016, Speece returned to action in 2019 where she began her impressive amateur career. Speece would have a spectacular 2019, winning all four of her bouts including her final bout by TKO/KO. Her final bout was at Fearless 5 in San Diego. In this bout, she earned the CAMO MMA (California Amateur Mixed Martial Arts Organization) State Title in the bantamweight division.

Making your professional debut can be a nerve-racking experience even for the most successful and experienced of amateur fighters. There are not many stages bigger than the one Speece choose to debut on, the Invicta FC stage. Her debut came in July 2020 on the Invicta FC 41 card. Though she was unable to get the win in her debut, Speece was able to obtain to learn valuable lessons to help her in her follow-up matchup. ”

It really was amazing to have that platform to make my pro debut and during a pandemic. I got a little taste of the ‘big leagues’ and realized I was meant for the big show. I was carrying a lot of things on my shoulders going into that fight which held me back from performing at my true potential. Luckily I knew what mistakes were made and immediately went to work,” stated Speece. “I’m working with a mindset coach who also helped me work through a lot of the unnecessary baggage I took into my debut. I had 10 months to clear everything out and focus on my goal 100% and it showed. I felt like the real fighter came out and I know each of my performances will be better than the next.”

Making a Statement at AKA 14

Going back to the lap known as Jackson Wink MMA, Speece took about nine months to work on her skills before taking her second professional bout, this time in Louisiana at AKA 14 in Bossier City, Louisiana. Speece showed a strong takedown game and landing vicious forearms and elbows from the mount. This allowed her to run through the opposition to earn the first-round TKO stoppage victory.

“The minute I was told about AKA I knew it was meant to be! Besides having my family here [in Louisiana] I’ve always been drawn to the south, specifically Louisiana. Fighting is in my DNA and competing in a place with such a rich history of MMA was the perfect place to get my first pro win. Amber Bishop and all the staff working the event at AKA were incredibly professional and the event was an amazing experience. I would love competing again under the banner, maybe even for a title,” said Speece.

Where Will This Bright Future Lead?

The sky is the limit for Speece. She is getting some of the best training in the world to go along with the championship mindset. It would not be a surprise if AKA decides to create a women’s bantamweight championship that we see Speece bring the title back to New Mexico. But the dream goes higher than regional championships. “Only way is up! Invicta is planning on having quite a few more events over the next couple of months so would love to fight this summer maybe June or July. UFC is my ultimate goal so I would like to stay as busy as possible. I also plan on competing in multiple sports such as an IBJJF event for jiu-jitsu, Muay Thai, or boxing,” stated Speece. 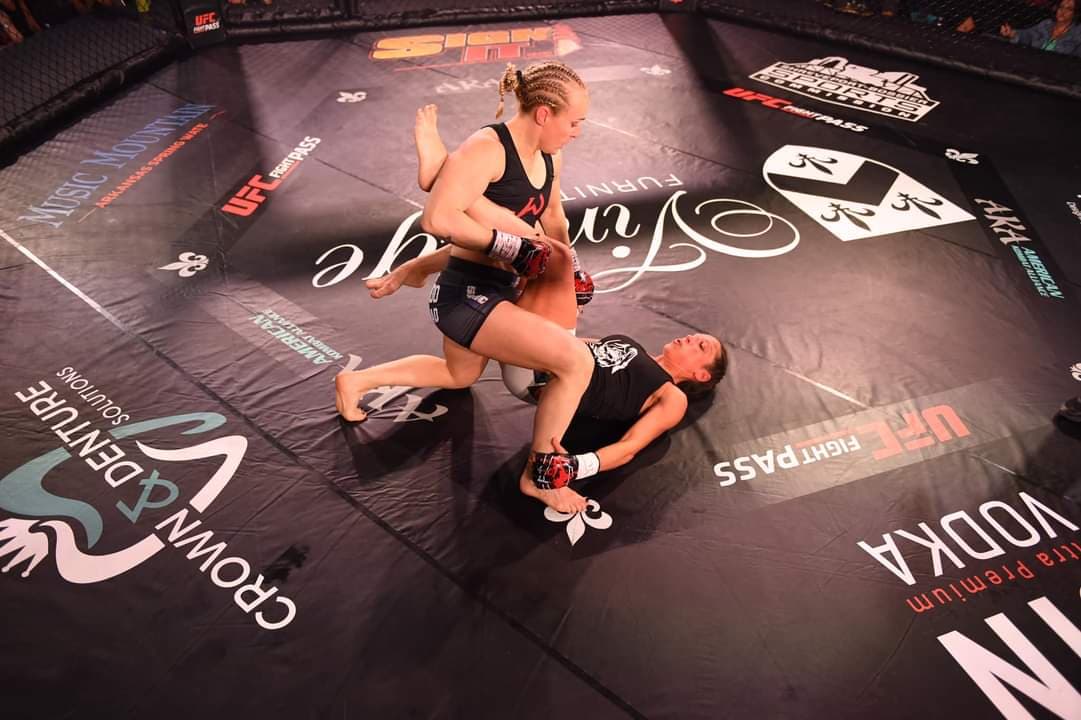