Mateusz Gamrot is the current KSW lightweight champion but has opted to take a break from the sport of mixed martial arts. As a result of Gamrot’s absence, the KSW promotion issued a press release this morning, announcing that an interim lightweight title will be up for grabs at KSW 50.

Northern Ireland’s ‘Stormin’ Norman Parke (27-6-1) once again has his chance to become a KSW champion when he meets Polish submission specialist Marian Ziolkowski (21-7-1) at the milestone KSW 50 event on September 14 at the The SSE Arena, Wembley.

Parke has fought for the title twice before against Mateusz Gamrot but on both occasions they did not go his way with one ending in a narrow decision loss at KSW 39 and the other ending in a no-contest at KSW 40. The 31-year-old is currently on a four-fight-win-streak, and is overall 6-1 since leaving the UFC, and has worked his way back into title contention with big wins over former KSW champs Borys Mankowski and Artur Sowinski in his past two fights, respectively.

However, The Ultimate Fighter winner will need to beat the ‘Golden Boy’ Marian Ziolkowski if he wishes to be crowned interim champ. Ziolkowski has risen to become of Poland’s top lightweight fighters and has earned himself a dangerous reputation for his skilful grappling and ever improving striking. Overall seventeen of his of his twenty-one wins have come via submission or TKO. For the 28-year-old becoming a KSW champ would be a dream come true.

“Fighting for the belt was my dream and now it has become a reality. After winning my last two fights I proved that I am the one to fight for the belt and when I become KSW champion my plan is to defend the belt as long as I can and “clean out” the lightweight division.

KSW 50 looks set to be one of the biggest events in promotional history with no less than three title fights already on the bill. The UK’s very own Phil De Fries (17-6) will defend his KSW heavyweight title and the explosive Tomasz Narkun (16-3) defends his KSW light heavyweight title in addition to Parke vs. Ziolkowski for the interim lightweight title. 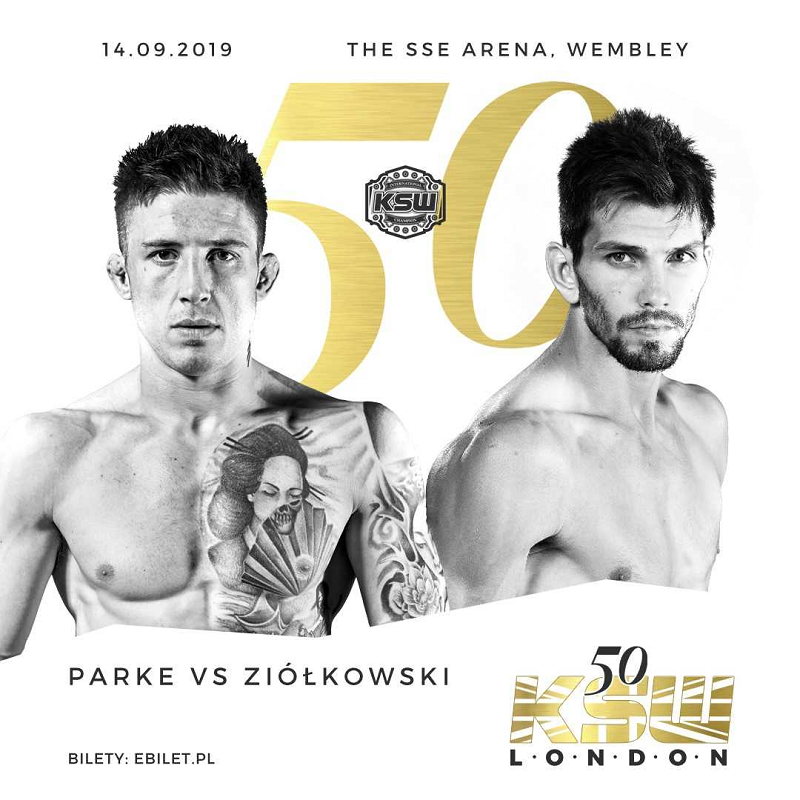 By Brady Briggs 36 mins ago