News recently broke that Dominic Mazzotta pulled out of facing unbeaten Pat Mix at Bellator 232, leaving “Patchy”  without an opponent.

How much pride do you take in that record, in that zero?

Is there a mental, or physical, change more with preparation when there is a change of opponent?

“I feel like my game is so set, and I’m getting so good at things I do, that my game plan really hasn’t changed too much over 22 fights. It wasn’t going to change from (Dominic) Mazzotta and its not going to change here. The mental aspect is very challenging, you go thru adversity when your opponent’s pulls out. You get all these names. I’ve talked to probably five or six different names where I thought it was the guy and it wasn’t, in the last three days. So, your emotions go high, your emotions go low, but I don’t put too much emotional value into it. All I need to do is remain calm, keep my eyes on the goal. If I do that, I’ve gone thru so much more adversity in my life that, this is going to be a walk in the park. I’ll be ready to show up at Bellator 232.” 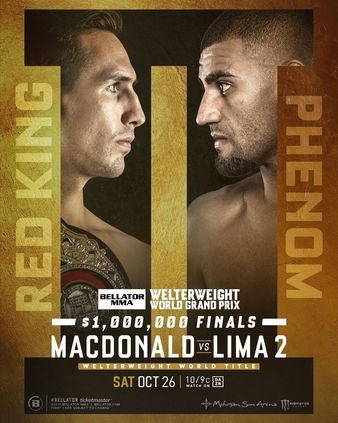