Kimble began MMA under Jeff Mullen at Team Mid-South after watching a few UFC fights. These days he fights and trains under the tutelage of local legend Brian “The Law” Hall at Law School MMA in Memphis, TN. When asked about Paul’s fight this weekend, Coach Hall replied, “I’m really looking forward to Paul’s pro debut, even more so because this is something we’ve been working towards for a long time and kept getting delayed due to COVID. He hasn’t stepped into a cage since his last title defense in 2019. He’s always been dangerous and exciting, but since then he’s really become a whole new animal. He’s been working really hard towards this for a long time and I look forward to seeing him shine this weekend.”

As for Kimble himself, he says “My pro debut means a lot to me. I’ve dreamed and thought about this since 2017, so to have everything finally come into fruition is truly remarkable for me. I’m also excited for this particular match up itself, Will Beard is very creative and dynamic. I think we mesh well stylistically and will create a very action-oriented fight.” He also says that as someone who was born and raised in Memphis, TN it means a lot to him to represent the city on a professional level, stating, “I personally feel some of the fighters here get overlooked, and I’m looking to put eyes back on us.”

When asked about what motivates him as a fighter Kimble replied ” As generic as it sounds, I Just want to be the best version of myself. Fighting is a part of my life now and is tied to my growth as an individual. I’ve been blessed to make it this far, but I know I can go a lot further so I guess that’s what motivates me.”  Lastly the fighter wanted to send his gratitude to some people that have played a significant role in his journey, stating ” I want to say a big thank you to Brian Hall. I’m the fighter I am today because of him and I owe him a lot. Jeff Mullen, he was just as influential and always kept me level headed. Also thank you to Roderick Rightt, for his meal prep at Godbody Fitness and Nutrition to make my weight cut easier.”

The promotion, ran by retired professional fighter Danny “Shotgun” Shell, is dedicating this show to our Active Duty, Reserve, Retired and Veteran Service Members with 15% of proceeds being donated to a suicide prevention program. Police officers and first responders are receiving discounted tickets as well. The event will be held at 7066 HWY 51 N Horn Lake, MS 38637 at 6 PM CDT. If you can’t make it to the event you can live stream the event via the promotion’s Facebook Page Shotgun Entertainment for $14.00. 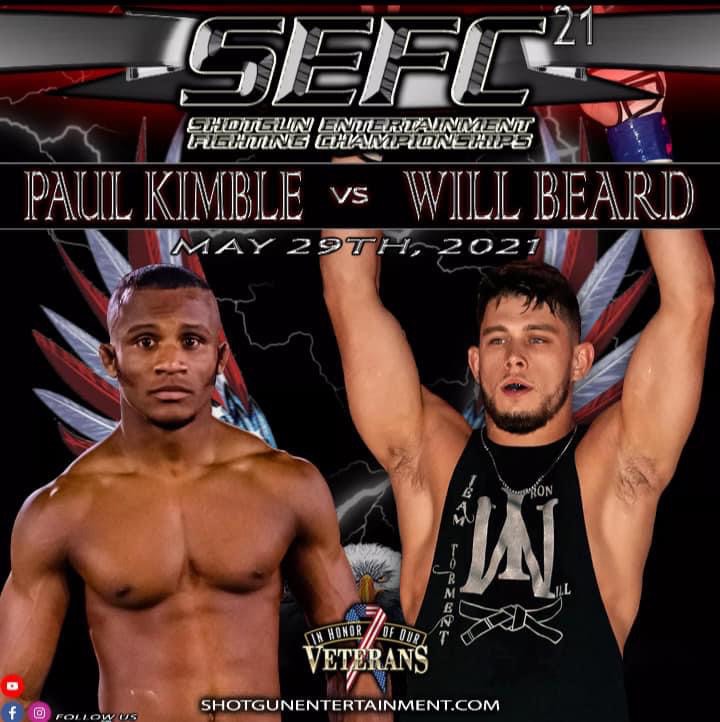 By 'Beautiful' Bob Meloni 16 hours ago

By Jim Foliano 17 hours ago