Interview with Billy Markle above

Louis Neglia and Frankie Perez must have been in a very generous mood as they sat down to construct the fight card for Ring of Combat 77.  ROC will be awarding four new championship belts on September 9th at the Tropicana Hotel and Casion Resort in Atlantic City.

Sergio DeBari (5-2) will take on Nekruz Mirkhojaev (5-3) for the vacant ROC featherweight strap.  The also vacant welterweight belt will be on the line in a monster match-up as Troy Green (4-1) tries to stop AT McCowin (5-2).  In the co-main event, Phil “the Hitman” Caracappa (9-2) defends his bantamweight gold against the very tough Suhrob Aidarbekov (5-4).

In the main event, the vacant lightweight championship will be decided as dangerous striker Cedric Gunnison (4-1) will welcome Lenny “the Gorilla” Rufati (5-5) back to NJ as Rufati has been fighting closer to his Wisconsin home in his last four contests as he has relocated there from the east coast and now trains out of Roufusport MMA. The Gorilla is moving back down to 155lbs for the championship opportunity, and he will also have tons of support in the stands from his fellow Albanians.

There are also some very interesting fights on the undercard.  In a bantamweight scrap, Steve Lee (Longo-Weidman) is coming off of a very tough split decision loss in his pro debut at ROC 76.  Lee will look for his first victory against “Remarkable” Billy Markle.  Markle lost his amateur debut, then went on to win 5 consecutive fights and is now preparing for his first fight as a professional.  MyMMANews reached out to Markle to learn a little about him and how he felt about his matchup.  Since we haven’t spoken before, I asked Markle what made him fall in love with MMA and fighting.  Billy says…

“My whole life, I’ve always wanted to be a ninja.  Every year at Halloween, I was a ninja.  I would watch 3 Ninjas, Teenage Mutant Teenage Ninja Turtles, Power Rangers.  I was obsessed with the martial arts lifestyle at a young age.  I never got the opportunity to train in any martial arts as a kid.  When I was in 7th grade, I wrestled a little bit and then I joined a local boxing club and took some amateur boxing bouts until I moved on to mixed martial arts.”

I love hearing stories like this where a young boy is able to follow his dreams.  Billy is a great guy and has made fitness and fighting his career.  He is very involved in helping many of his teammates with their weight cuts which we also talked about as well as his fight against Steve Lee, who he called “very well rounded.”

Please check out our interview on the link above.  I will be cageside on commentary at ROC 77 along with BJJ wiz, Jay Regalbuto.

Ring of Combat is brought to you by Louis Neglia and Dead Serious Promotions.  They have just signed a new broadcasting deal and on September 9th at 8:30 pm ET we will be live on Airy.Tv via Maybacks Global Enterprises.  If you can’t make it to Atlantic City, download the app and watch for FREE. 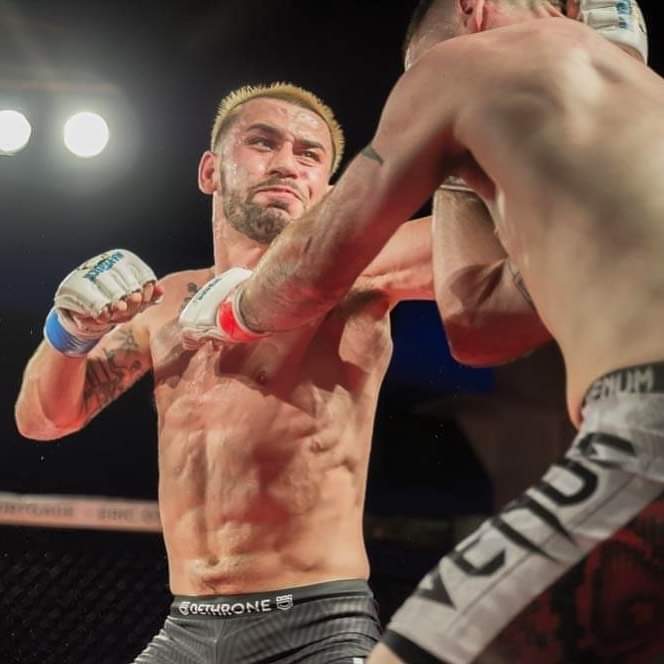 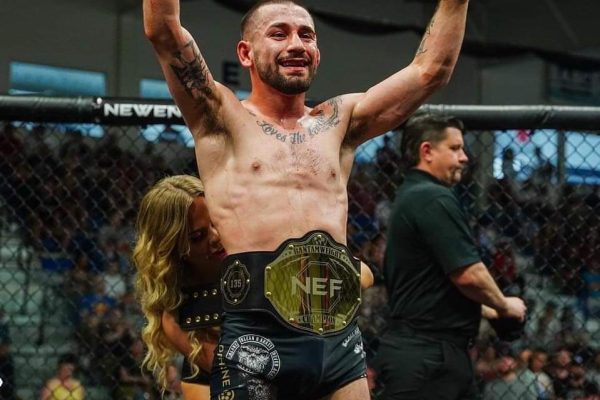 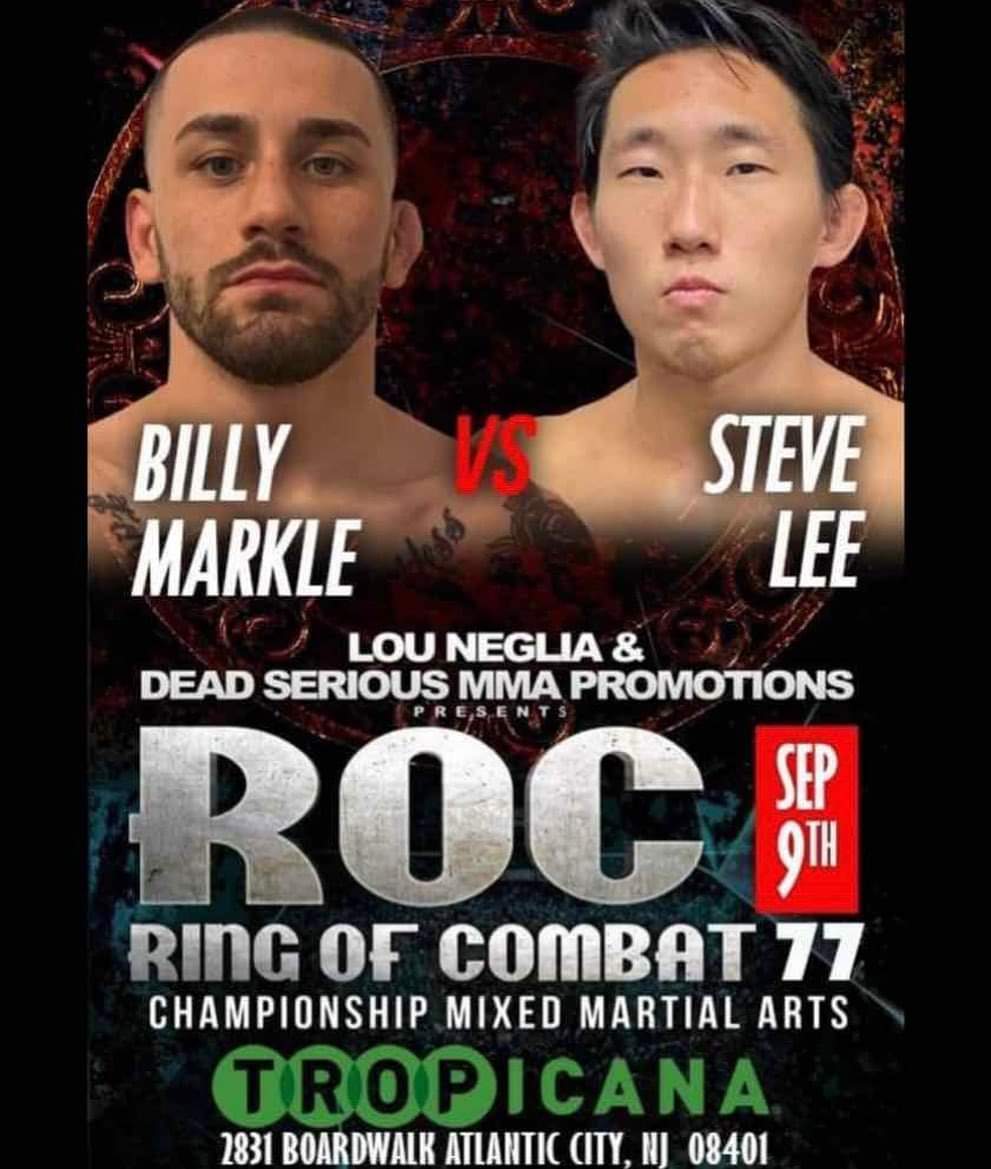