Rick Nuno has faced some of the best competition as a young MMA fighter. Troy Whitman, Tomy Marcellino and Paul Felder have all stopped Rick inside the cage, but he is as persistent as he is lovable. The lightweight now stands at 4-5 and is scheduled to fight Allen Otto in less than 2 weeks at Art of War 5 in South Philadelphia and the 2300 Arena.

Nuno has come back with two knockouts in his last three fights, all while dabbling in the boxing field.  He says it has helped him tremendously with his stand-up and he continues to incorporate the boxing training during camp.

Allen Otto and Rick know one another from the time when “El Numero Uno” was just starting his pro career, and Allen was an amateur prospect.

I was there in the Sands Bethlehem with them both years go when both fought on an XFE show and at the after-party they showed respect and talked about one day sharing the cage.

That time has come and it should a hell of a fight.

Otto has heavy hands and will be more than happy to stand and trade with Nuno.

Get the latest on “El Numero Uno” below as he is always willing to chat it up and talk about fighting and the good in life.

MyMMANews will be cageside for live updates, pics and full coverage.

LISTEN TO RICK NUNO BELOW: 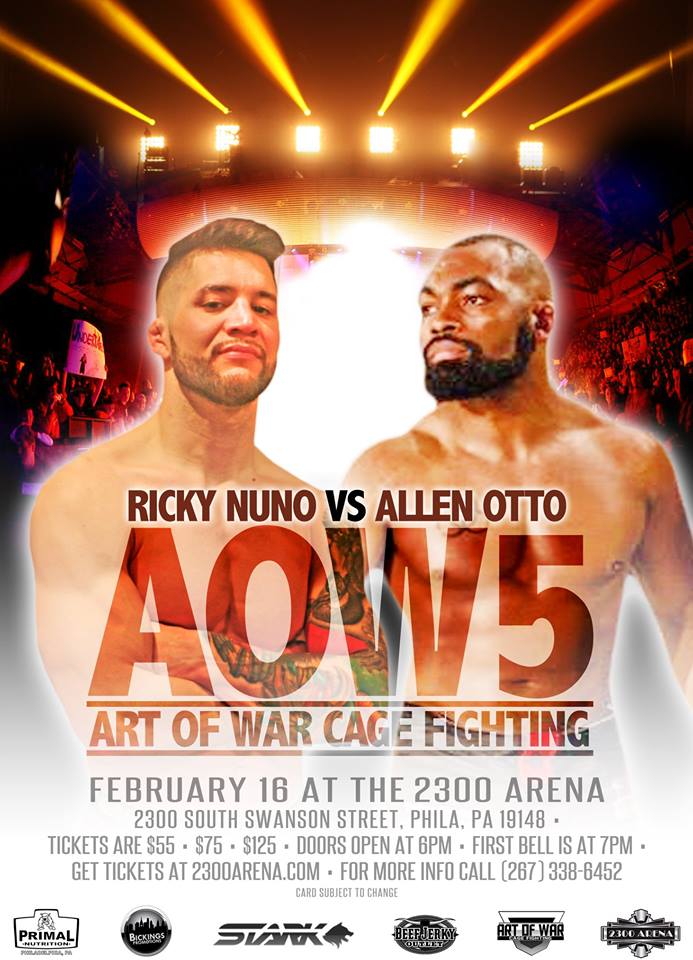