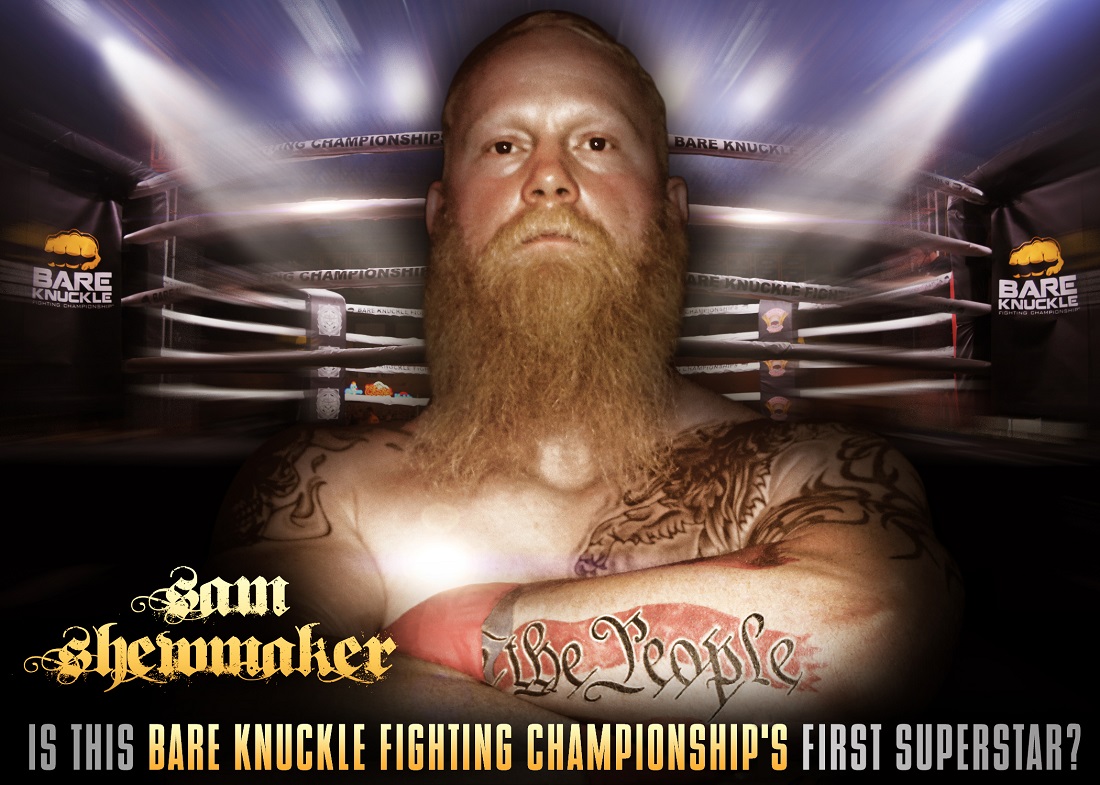 Going into Bare Knuckle Fighting Championship’s inagural show, heavyweight names like Mauricio Smith, and Ricco Rodriguez had fans buzzing in excitement. Most, before Saturday’s fight between Eric Prindle and Sam Shewmaker, would favor the Bellator veteran, Prindle, sheerly due to his record and success in the cage.

However, all of that would change when one right hand ended Prindle’s night early, blasting Shewmaker to overnight stardom. The Missouri native took a chance on attending the BKFC’s tryouts in Philadelphia last year among some of the top heavyweight combat sports in the world, and came out widely regarded as one of them. All the while, putting the rest of the tournament fighters on notice, as not many men can withstand that brute strength and power Shewmaker possesses. One thing is for certain…Sam Shewmaker and his right hand are not to be taken lightly.

Sam went head to head with MyMMANews’ own, Adam Crist to discuss the (short but brutal) bout, what’s next for the heavyweight contender, some Bigfoot stories of the backwoods, and much more!

LISTEN TO SAM SHEWMAKER BELOW: