Tomorrow, June 9, 2018, the Global Grappling League (GGL) and Submission Arena Grappling Competition (SAGC) will be holding their first jointly promoted submission only EBI rule event featuring some high level super fights at Ultimate Athletics in Phoenix, New York.  Doors open at 3 p.m. and the event starts at 4 p.m.  Admission is $15 at the door.

GGL was created just over a year ago now when Ryan Ciotoli, owner of Ultimate Athletics, approached Sam Micale, a purple belt at Tai Kai and regular name in the submission only competition scene himself, about starting a professional grappling promotion in the submission only format.  Micale, who had completely fallen in love with the submission only rules while watching EBI events, quickly agreed and the two tried out their first event by doing a small pro card featuring a paid tournament and some superfights.  If you ask Sam today he’ll tell you that was one of the best decisions he has ever made, as the first event ended up being quite the success.

In a fairly short amount of time GGL has already held five events now, and tomorrow’s event will make it six.  Somehow this promotion has managed to fly under the radar for the most part, despite the fact that from the very beginning it has featured top level competitors such as Jason Rau, Junny Ocasio, Mike Davila, Damien Anderson, Oliver Taza, and the list could go on and on.  Sam Micale has quite the talent for match making and has put together some excellent match ups for past events such as Frank Rosenthal vs Garry Alvarez, and John “Thor” Blank vs Drake Renfrow, as well as 10th Planet vs DDS rivalry matches such as Marvin Castelle vs Nicky Ryan, Cece Mena vs Katya Leontyeva, and JM Holland vs Ethan Crelinsten.  In fact, Micale’s match making talents are so impressive that he was recently introduced to Rose Gracie and was asked to help out her Pilgrim Jiu Jitsu event by putting together an impressive pro superfight show for all the people who payed to get into the Fit Expo or to compete in the Pilgrim Sub-Only Challenge that day. The headlining superfight was originally going to be EBI champ Jon Calestine vs Combat Jiu Jitsu Worlds champ Chad George, but Calestine got injured at EBI, so Frank Rosenthal filled in for him and ended up winning on short notice.  Sam also had his own superfight on the Pilgrim Jiu Jitsu pro card and appears regularly on other submission only events, such as the RISE Invitational, and most recently Men of War.

Sam’s passion for the submission only format has also played a part in him becoming close with a lot of the Danaher Death Squad competitors.  After the second GGL event which featured a 155 pound tournament where DDS member Ethan Crelinsten won, Sam went down to train at Renzo Gracie Academy with that squad and loved their work ethic, consistency, and their style of grappling.  John Danaher is widely acknowledged as one of the best minds in the game and his competitors tend to shine in the submission only format, so with Sam’s aspirations of becoming a submission only killer it made perfect sense to learn from Danaher and his guys.  Micale has spent as much time as he can at RGA and Brunswick BJJ honing his game and DDS has become a second family to him, cornering him in every big match he has had so far.

Due to the high level talent coming in to compete at these events, GGL also tries to hold a seminar featuring one of the competitors to go along with their events.  Past seminars have featured competitors such as Marvin Castelle and Josh Hayden.  This event’s seminar will feature two-weight RISE Invitational champion and Danaher Death Squad member Frank Rosenthal of Renzo Gracie Academy, which will begin at 11 a.m. at the venue.  The seminar will be 2 hours long, no gi, and admission is $50 at the door. 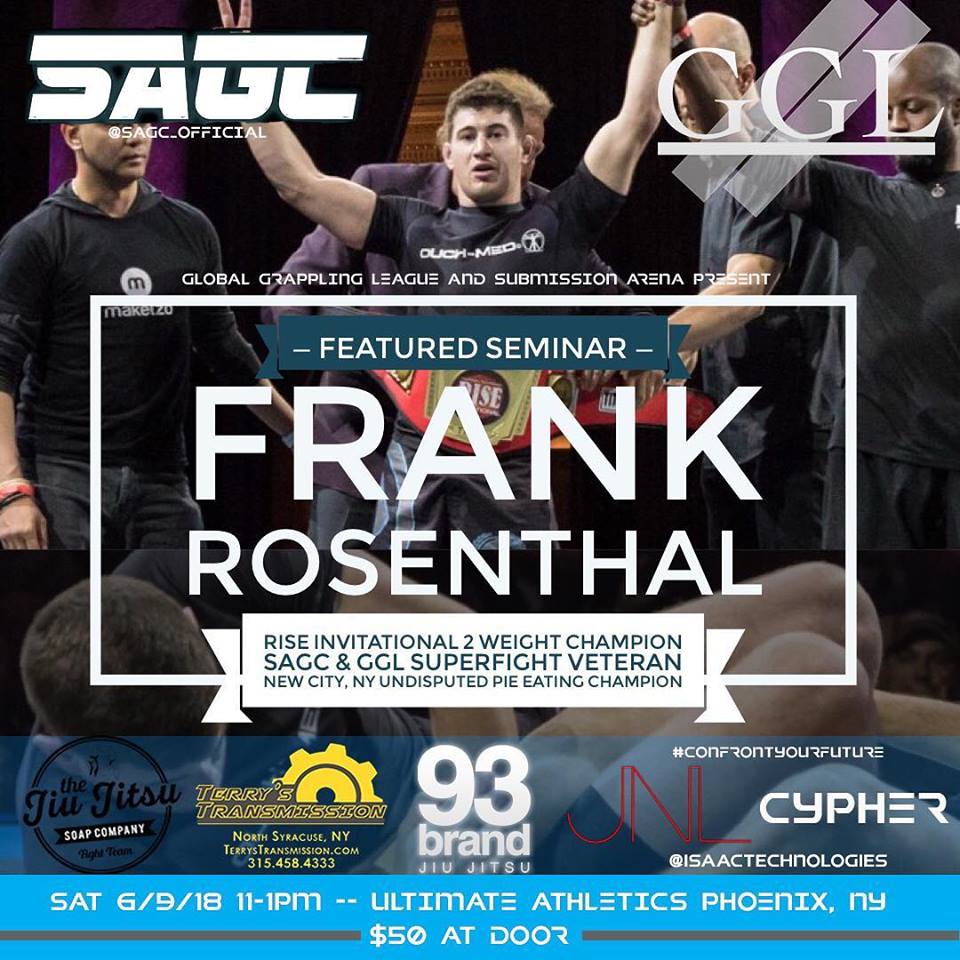 Frank Rosenthal is also headlining the event in a match against Ali Abdulrazak from Brotherhood Jiu Jitsu.  Jeileen Alvarez of Team Link and winner of GGL’s flyweight tournament will be taking on Renzo Gracie Academy’s Katya Leontyeva in the co-main event.  Some of the other superfights include Joel Juome vs Kamilio Oliveras, Vernon Jordan vs Johnny Blangiardo, Danny Hernandez vs Zack Edwards, Jack Stapleton vs Dylon Mullins and more, for a total of over 15 matches. 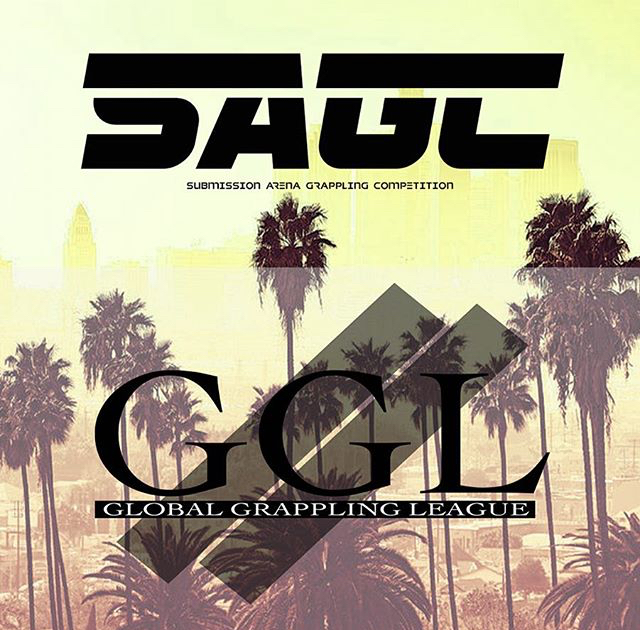 This is the first time GGL and SAGC will be working together to host an event, although the two plan to potentially work together in the future on certain events as well.  SAGC was created by Joseph Natale, who is originally from Pennsylvania but has now relocated the promotion to Los Angeles.  Micale and Natale met went Micale was competing on one of the SAGC cards while the promotion was still being held in Reading, Pennsylvania.  SAGC has also been pretty successful on its own and follows a submission only format as well.  It even hosted a team tournament after its fifth event back in August of last year and has introduced a new “endurance format” rule set where competitors work to be the best of 3 or 5 rounds that are 3 minutes each with 30 second breaks in between each round.  The endurance format matches are held in a cage so there is no out of bounds and a submission ends the current round and earns the competitor one 1 point.  The competitor with the most points at the conclusion of the rounds is the winner.  The endurance format will also be included on this weekend’s card for some of the matches.

By Bjorn Morfin 2 mins ago