We have an incredible main card fight to look forward to this weekend at UFC Fight Island VII, as welterweight strikers Santiago Ponzinibbio and Li Jingliang go at it in the three round feature fight of the evening. 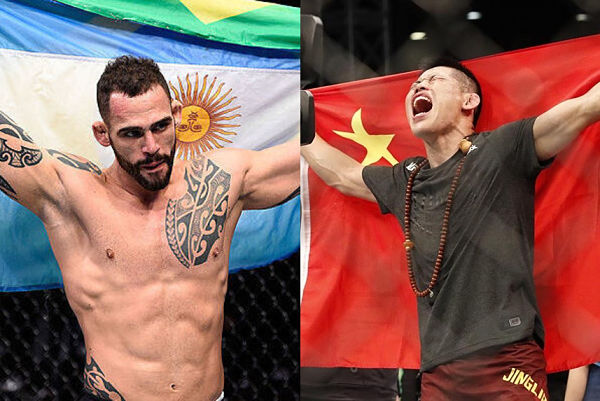 We first got notice of Santiago Ponzinibbio on the set of The Ultimate Fighter: Brazil II, where he went 4-0 on the show, but was unable to make the walk at the finals due to an injury he suffered in his last fight on the show. 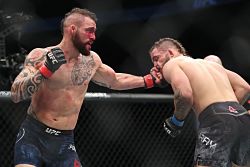 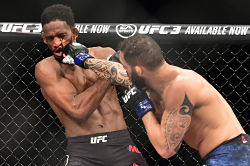 The problem with this Brazilian talent is that he hasn’t fought in over two years. That last fight with Magny, it happened in November of 2018. It’ll be interesting to see how he rebounds from that, because you never know.

Ponzinibbio has had one year-plus break, but it wasn’t close to two years, he’s never been laid off this long.

Li Jingliang is an absolute fan favorite, and for a reason. The way he fights, it’s always entertaining. Jingliang is always willing to take one to give one, and he’s tough as all hell. 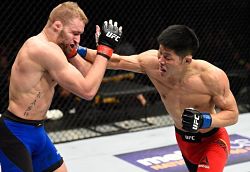 This Chinese tank came to the UFC back in 2014 with a record of 8-2, where he defeated David Michaud via split decision. He then lost his next bout to Nordine Taleb via split decision, before KO’ing The Ultimate Fighter 19 & 25 finalist Dhiego Lima just 85 seconds into round one.

This was followed up by Jingliang being submitted (rear naked choke) by Keita Nakamura in the middle of round three, bringing his record to 10-4, which is to this day is the only fight he’s ever been finished in.

Jingliang rebounded beautifully from this however, winning his next four-straight over the likes of Anton Zafir (KO), 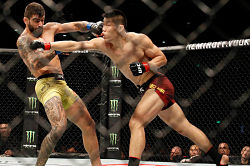 This time Jingliang won his next three-straight, defeating the likes of Daichi Abe (UD), David Zawada (TKO), and Elizeu Zaleski dos Santos (TKO). Those last two victories, firstly, we’ll start by saying they’re both elite fighters, and the finish in both fights came in the last minute of round three. 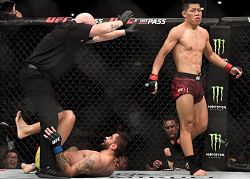 Jingliang became the first man to finish dos Santos with strikes, and just the second to defeat Zawada with strikes. Zawada’s a former champion, it’s a huge feather in Jingliang’s cap.

This was followed up by a unanimous decision defeat to Neil Magny in March of 2020, and that brings us up to date on these two studs.

This is such a gift of a match up. Both of these men have incredible striking, primarily with their hands, and they’re both willing to go for it. Jingliang is more of a skilled brawler that can be technical, while Ponzinibbio is always technical in everything he does, and presumably has more tools in his arsenal. 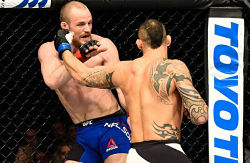 After being out for so long and coming back, we have no idea how he’ll look. It’s always a guess. There aren’t too many fighters that’ve ever defied ring rust. Dominick Cruz and Georges St-Pierre are the only two that really come to mind. We’re going to find out this weekend!

Who wins this epic Argentina vs. China battle?

By Adam Martin 57 mins ago