Bill “Senor Perfecto” Algeo (14-5) will be making his third UFC appearance on April 17th on UFC Fight Night: Whitaker vs Gastelum, when he stands across the octagon from Ricardo Ramos (14-3).  Algeo lost in his UFC debut on a very short notice fight against Ricardo Llamas and then came back with a unanimous decision win against Spike Carlyle.  He will look to keep the momentum going in a very deep featherweight division.

When Algeo started out as a fighter, he was mostly a wrestler and a grappler but after crossing paths with Kru Erik Karner, he has become a well rounded fighter who prefers to stand and use his large array of weapons.  You will see knees, elbows and of course kicks and those hands when Algeo is on the attack.  Karner who has an impressive resume in the muay-thai field, has become Bill’s head coach and mentor and is a brilliant strategist. Algeo is also very intelligent and honest when it comes to his own abilities.

MyMMANews caught up with Senor Perfecto, at his gym (Algeo MMA & Kickboxing), earlier in the fight week. We asked him about training with a former opponent who bested him on The Contender Series and his upcoming match-up and he tells us…

“Brendan Loughnane reached out because he also has a fight coming up at PFL a week after me, and is in the tournament for 1 million dollars and I wish nothing but the best for him and anyone that I have fought. He hit me up because he is going to be in Atlantic City, and will have to go into quarantine and be in their Covid bubble for 17 days. He wanted to get some work in beforehand and I don’t blame him so it worked out great since I’m fighting the week before him.  We got some sessions in that Kru ran and we talked about our  fight, what we both did well or not so well, our careers, different training partners, lots of things.  He even spent the night at my gym (Algeo MMA and Kickboxing). “

“He’s OK.  He’s going to try to take my back.  He’ll try to strike and try to do some flashy stuff.  He’s a young guy and that stuff is just not going to work on me.  He’s going to lose confidence in his striking then he’s going to go for the take-down, but I’m bigger.  I’ve got better wrestling and I’m going to have a better striking arsenal.  I’ve seen him quit in fights.  Once I put that pressure on, he’ll be looking for a way out of there.”

You can see our interview on the link above.  Bill is always gracious and gives much of the credit for his success to his training partners and his students as well as his dog Peanut, who is always the star of our interviews.

As always, you can get live results for every UFC event right here at MyMMANews as well as full recaps.  UFC Fight Night:Whitaker vs Gastelum goes down on April 17th in Las Vegas, Nevada inside of the UFC Apex. 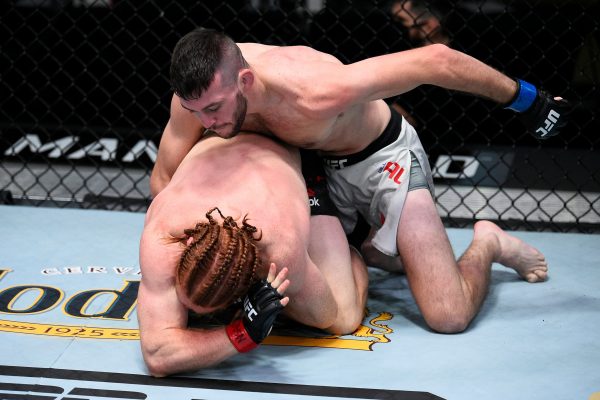 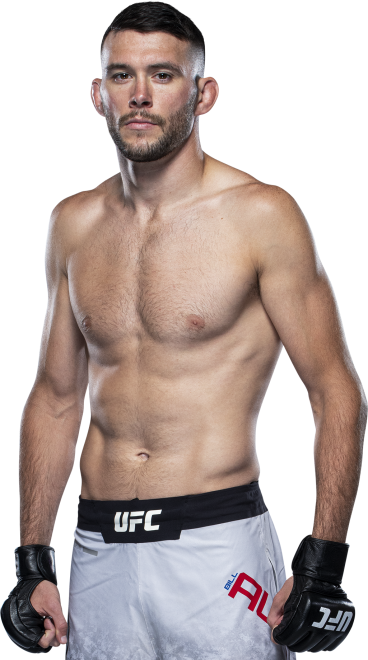