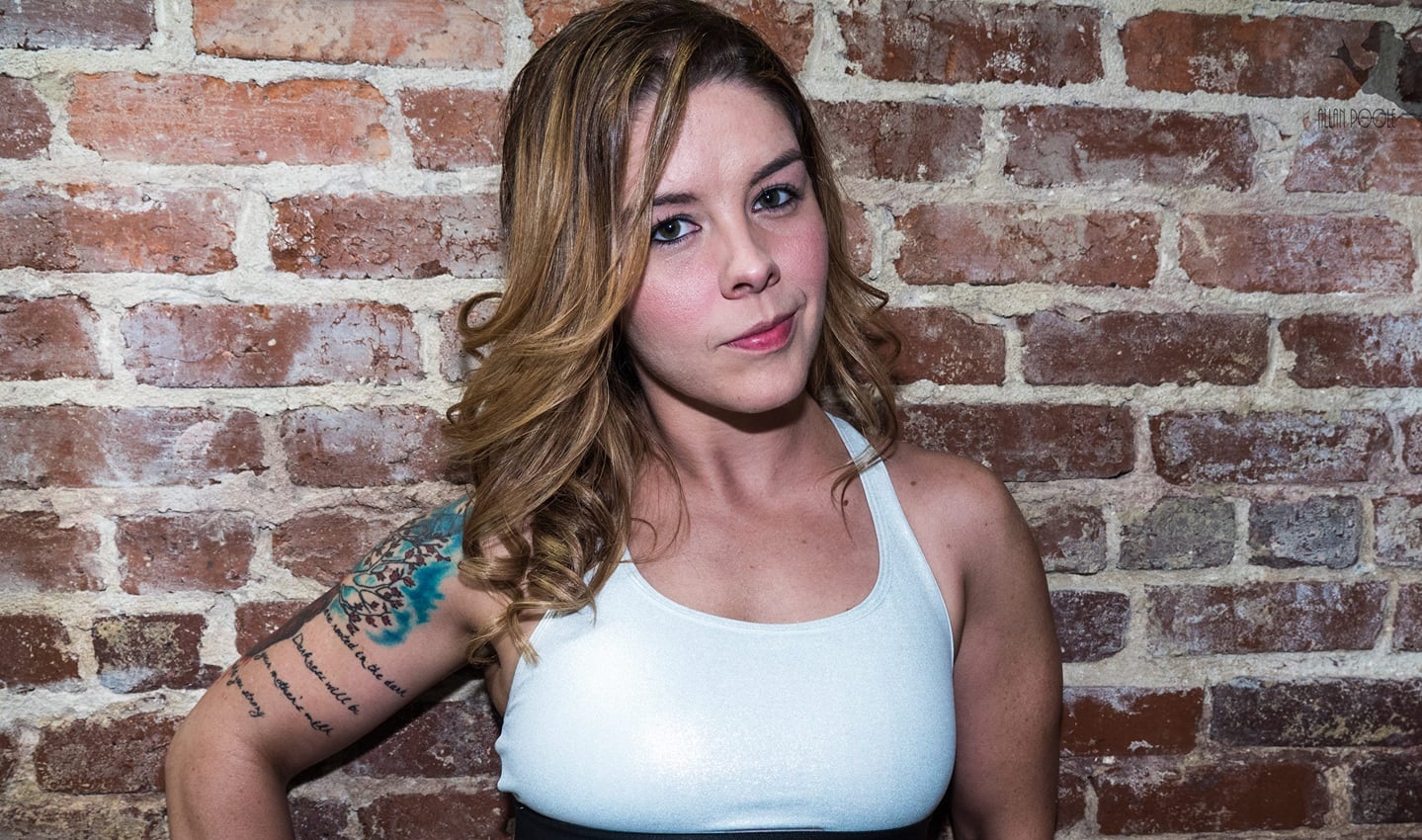 Professional mixed martial artist Shamir Peshewa may be in for her biggest challenge yet.  She steps into the Valor Fights 51 cage this weekend, not as a competitor but as the ring announcer.

After winning her first pro fight earlier this year Peshewa needed to undergo surgery which would keep her away from the cage temporarily.  The former roller derby competitor, now 32 years of age, looks to return to action later this year but in the meantime will put her voice to use this Saturday night for Valor Fights in Johnson City, Tennessee.

Peshewa hopes to bring a cross between Lenne Hardt and Bruce Buffer to the cage, keeping fans entertained and on the edge of their seat.  While she may not have an iconic “It’s Time” or “Let’s Get Ready to Rumble” saying just yet, there’s still plenty of time for the hottest new ring announcer to make her presence felt.

From internet based marriage proposals to advice for young women looking to get a start in MMA, Peshewa has advice on it all. Tune in to her interview below.

The fights go down July 21 at the D3 Elite Mixed Martial Arts Boxing and Fitness Complex in Johnson City, Tennessee. Purchase tickets for Valor Fights 51 at www.ValorFights.com.  Order and watch on FloCombat.com.

LISTEN TO SHAMIR PESHEWA BELOW: 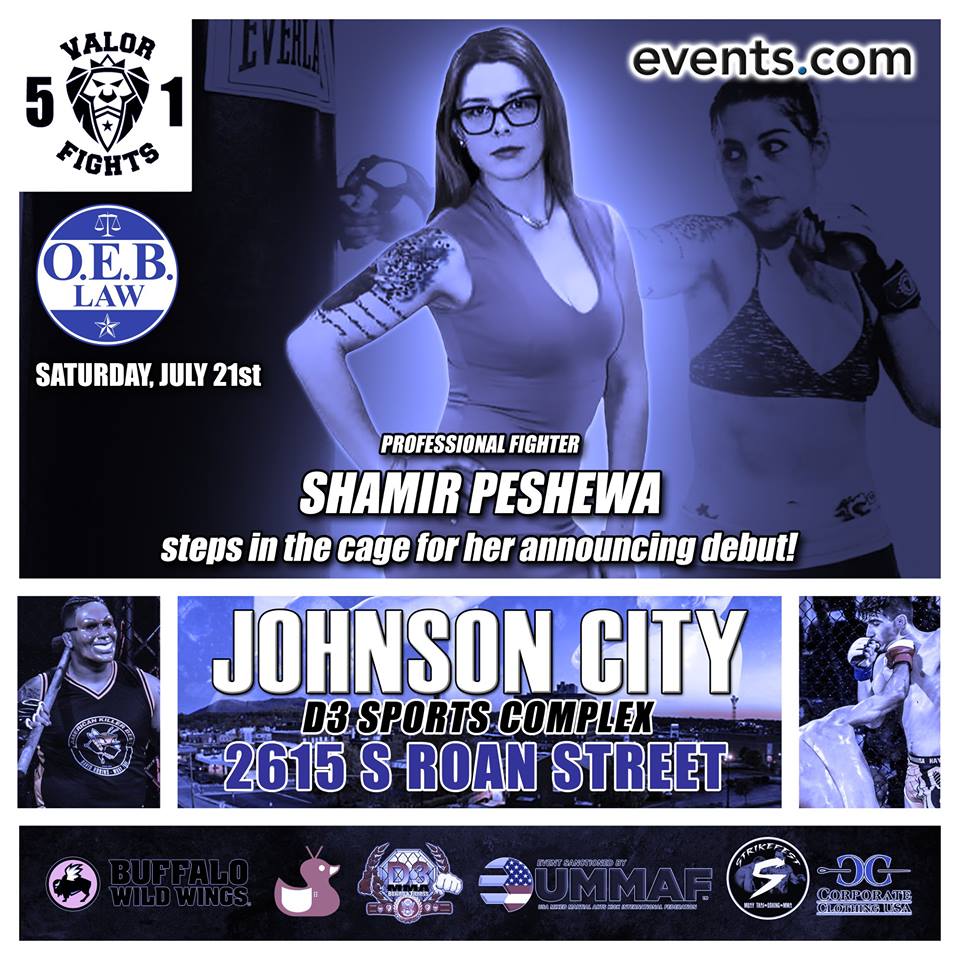