Family man and top trainer Steven Cooke joined me on the Chris Allen MMA Show to discuss multiple topics including the success both his kids are having within their martial arts career, training some of the best up and coming fighters at the hugely popular Team Underground and much more.

We have recently seen Cooke compete in the cage and I was curious to see if this was a new journey he was embarking on due to mainly only competing in BJJ competitions.

“I’m not really perusing an MMA career, I am only doing that as a little thing on the side, I am more interested in the boys and the girls doing it,” Cooke said.  “I’m strictly BJJ, I don’t like getting punched in the face. We have very good trainers to mix all the MMA up with the jujitsu, wrestling, Muay Thai in the gym. I have had a couple of fights but it’s not something that’s really interesting me to pursue as I am getting old now but I always wanted to be on the same card as my son or something like that so that’s something that we have done. I would still like to do one more with my son and daughter on the same card which is my aspiration to work towards, but I am not making a career of it. These young guys are killers.”

The mentality and the atmosphere down at Team Underground is something out of this world. The level of training and loyalty from all the fighters is inspiring to see. Cooke is a very fair trainer but stern, god forbid he ever catches you pulling guard in MMA. All you need to do is attend a fight event where some of his students are competing and you will see the level of support these guys and girls bring. The whole gym will be present to support their teammates and its incredible to see the relationship between them all. You would assume they were all close family which is lovely to see.

Cooke shared with me a hilarious story of pranks and jokes they all play on each other proving this is literally one big family. Cooke entered the gym one day and saw an old knuckle duster randomly sitting on the side. His fellow coach told him to try it on and see how it feels. Next Cooke was hitting pads with the knuckle duster as requested by his colleague thinking nothing of it at the time. Only when Cooke went to remove the duster he unfortunately, well hilariously to his teammates, the item was stuck to his hand. With upmost confusion, the prankster turns around and explains how there was industrial strength glue 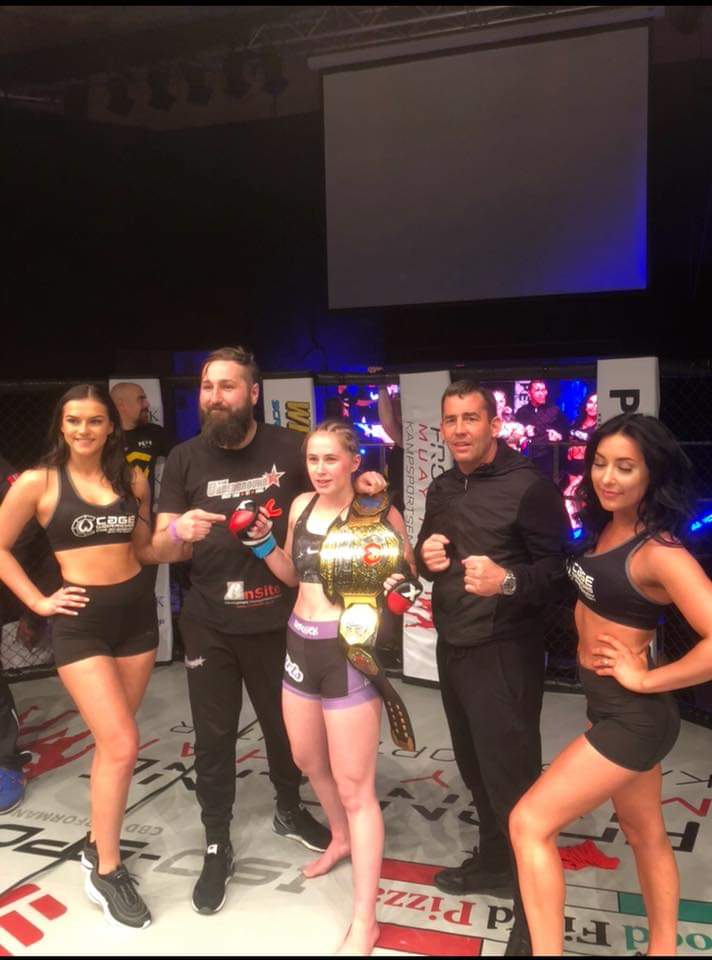 His son David (17) and daughter Chloe (19) have definitely been making their father proud with the success they have already had within their MMA career. David is currently riding a two-fight win streak and Chloe is the current title holder at popular organisation Cage Warriors Academy. Cooke is incredibly proud of how successful his kids have been at such a young age and I cannot wait to see where the Cooke family ends up down the line as well as the amazing talent coming out of Team Underground.

By Mike Pendleton 4 mins ago