Who is Tatiana Suarez?  Why A Female Was Picked First on TUF 23

On this 23rd season of the hit television series, “The Ultimate Fighter,” the show takes a different approach combining both male and female contestants inside the TUF house.  We have only seen this once prior in 22 seasons on season 18, but that is just the beginning of what has made this current season “unpredictable.”

In the first fight of the season we saw two teammates (training partners on opposite teams inside the TUF house), competing against one another to see who advances in the tournament.  Cory Hendricks and Khalil Roundtree, both of Syndicate MMA were selected to fight one another by coach Joanna Jedrzejczyk.  Hendricks would win the bout putting Claudia Gadelha’s team up 1-0. 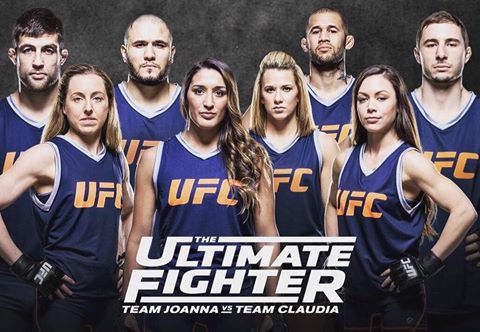 The first female fight of the season was between Tatiana Suarez of Team Claudia Gadelha vs. JJ Aldrich on Team Joanna Jedrzejczyk.

Many were surprised however in what happened before any of the fights took place.  Each season coaches flip a coin for their choice of pick between “first fighter,” or “first fight.”   Gadelha won the toss and chose to pick the first fighter.  You might think that with mixed martial arts being a predominately male sport, that Gadelha would choose a male fighter first.

The first fighter picked of all 16 fighters, both male and female, was Tatiana Suarez.

So Who Is Tatiana Suarez?

Tatiana Suarez is a 25-year old, undefeated professional mixed martial artist out of Millennia MMA in Rancho Cucamonga, California. She holds a 3-0 pro record but was also undefeated as an amateur.

Tatiana’s biggest fight however was outside off the wrestling mat and outside of the MMA cage.  She was diagnosed with and overcame thyroid cancer.

In 2011, Padilla was ranked No. 1 ranked in the nation at 55 kilograms by Team USA and was an apparent lock to represent the United States at the 2012 London Olympic Games.

A serious neck injury, and a subsequent diagnosis of thyroid cancer, stopped her in her tracks and Padilla put her dream aside while spending the next two years focused on getting healthy again.

Saurez made her transition to MMA, competing in her first amateur bout in 2014.  Fast forward to today, and you will see the result in the video below from the most recent episode of TUF 23.