Taylor White, 21, will be stepping into the cage for the seventh time as an amateur mixed martial artist when she meets Marissa (Jean) Vanglahn at XFN 37 in West Palm Beach, Florida on August 8.

“I got into boxing first when I was nine years old,” White said of her journey into combat sports. “My brother was a boxer.  He trained with my dad, so I always wanted to do it with them.  I told my dad that I wanted to do it, and he was like ‘alright, let’s do it.’  I started when I was nine and had my first fight when I was 12.  When I was a sophomore in high school I got into weight lifting so I stopped boxing for a bit.  I placed second in States and then I went back to fighting.  Then when I finally turned 18 I had my first ‘legal’ fight and I’ve been doing it ever since.”

“My father is really supportive,” she said. “I’m lucky to have him as a coach and a dad. We have a really good relationship and he motivates me a lot.”

Pete White Boxing & MMA in Port Orange is Taylor’s home gym and has been throughout her rise through the amateur system which includes fights for Combat Night, Island Fights, and 864 Fighting Championship.  With only one blemish on her record, a decision loss, White’s record currently sits at 5-1.

“I’m thinking about doing one more fight (after the upcoming XFN bout) and then going pro for sure by the end of the year,” White said.

The scheduled bout against Vanglahn marks White’s debut with Xtreme Fighting Nation, but one that has been a long time coming.

“I’ve been wanting to fight for XFN for quite some time now so I’m excited that I finally got the opportunity and make a name for myself,” White said. “I’m really excited to go down there and fight for them.”

For now, Taylor White is all in on fighting.  She is currently unemployed but says that she is ok with that decision because it allows her ample time for training.

“I get up at 5 a.m., and go running,” White said.  She then comes home, returns to bed, gets done what she needed to get done during the day, and heads to evening training.

Every move that White makes is to further her combat sports career.  She’s all in on becoming the “Next Big Thing,” which just happens to be her nickname.

“When I was weightlifting, one of my family’s close friends posted a meme on one of my posts and it said ‘the next big thing,’ and it kind of just stuck,” White recalled. “I kind of like the name, it has a good meaning behind it, so I’ll keep it.”

With fight night right around the corner, White is wrapping things up for the upcoming test, but doesn’t seem to be fazed by what Vanghlahn has to offer.

“I’ve watched one of her fights,” White said. “She’s definitely scrappy, she’s a tough girl, but I think I’m a lot more technical than she is.  I have more skills.  I’m confident in myself.  I train really hard, with the best people around.  All due respect to her, but I know what I have, and I’m looking forward to it.”

The Xtreme Fighting Nation (XFN 37) fight card will be broadcast live on FloCombat.com, featuring the flyweight title bout between Taylor White and Marissa Vanglahn as part of the night’s incredible lineup. 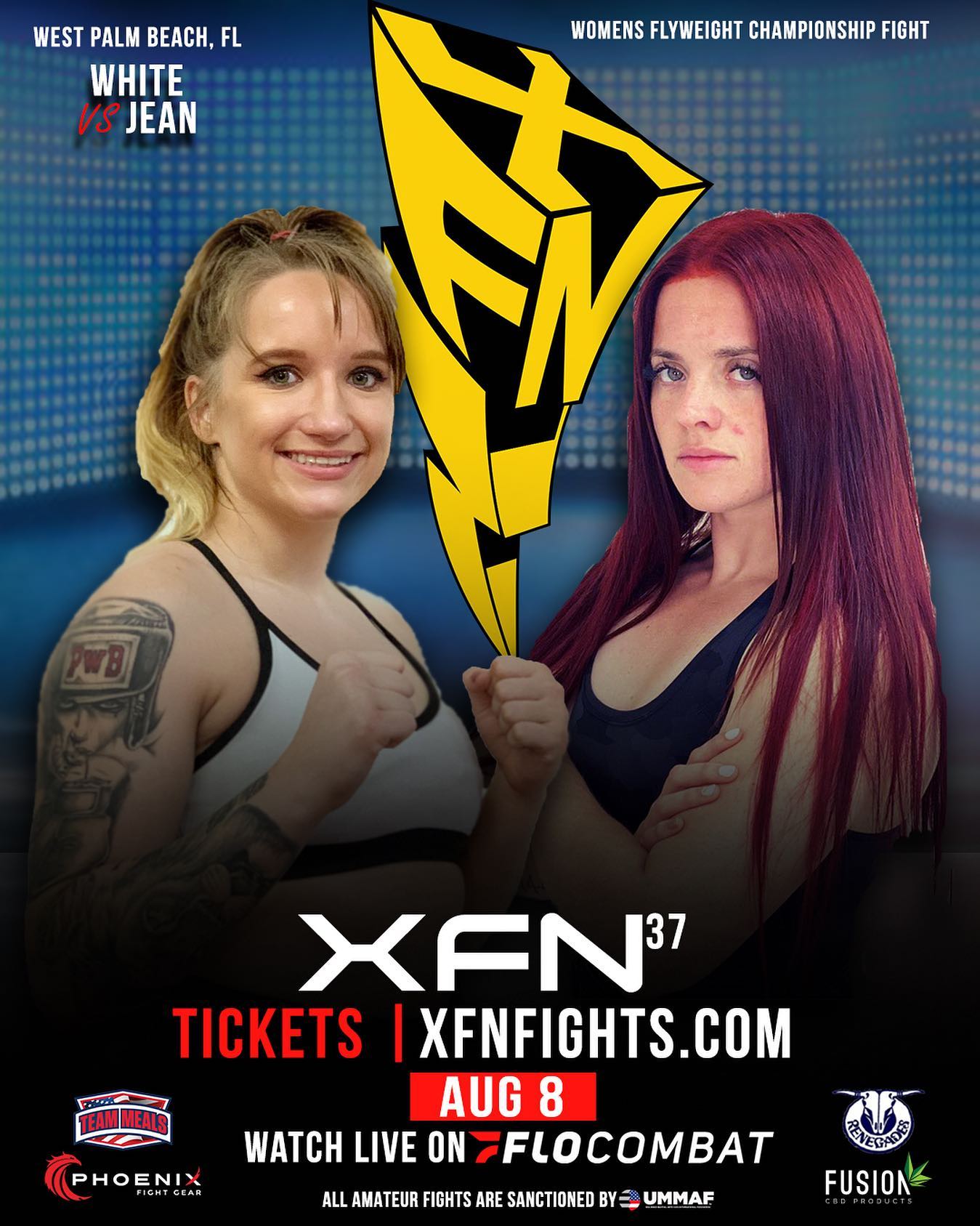