A leading ambassador in Mixed Martial Arts, HRMMA will be hosting its 11th-anniversary event, live from Elizabeth Town, Kentucky. The card features a list of hungry young fighters looking to gain respect and credibility.

Making his eighth professional fight appearance will be Nashville MMA’s (4-3), Zack Hicks. Having passionate for one’s craft allows an individual to push beyond their limitations to obtain satisfying results. A bred competitor, Zack Hicks takes great pride in his role as a Mixed Martial Arts fighter in his strive to become the absolute best.

“What makes me the perfect fit for a Mixed Martial Arts fighter is my competitive nature,” Hicks told MYMMANEWS. “I always want to be the best at what I do. In things that don’t matter to me, I’m not competitive at all. However, if I’m passionate about something, I am the most competitive person you will meet.” 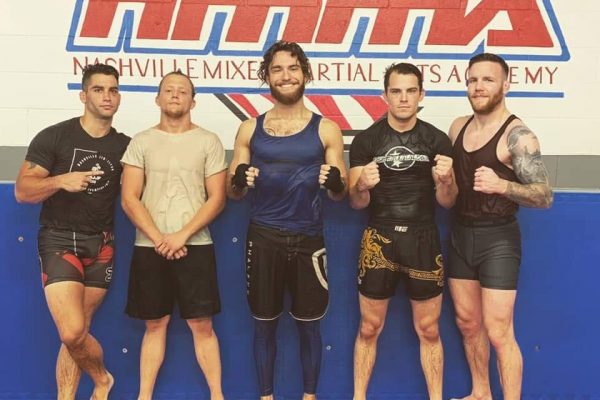 Zack Hicks has been competing professionally for over five years. Still relativity “unknown” figure in the sport, Hicks is rigorously making his strides to being recognized as a formidable competitor. Many rising talents don’t see any pressure being in the inconspicuous category fighting in small regional events because it allows them to have less attention directed toward them by the public, oppose to those competing on big platforms, such as the UFC. Each match is very crucial and meaningful for Hicks because each battle and outcome moves him one step closer or far away in one day competing in a major league fight promotion.

“I don’t like play second fiddle to anyone, so if I’m not making strides, I either need to get to the major leagues or take up something else, and I don’t plan on taking up anything else.” I see myself as someone capable of being in a major promotion like the UFC, Bellator, LFA, One FC, etc.”

The road to the big leagues has undoubtedly been a rollercoaster journey full of triumphs and defeats. Hicks has scored impressive victories. The majority of his wins are by via submission in the first round. Hicks’ losses, however, have all been by TKO in the third round, which includes his last two fight appearances. Reflecting on his past downfalls, Hicks has made the needed adjustments and learned from his mistakes. Hicks is looking the bounce back into the winner’s column heading into his fight at HRMMA 112 against (7-5) Michael Ricketts.

“I am better trained and focused on breaking those losses. I have made adjustments and learned from my mistakes. I have learned to pace myself more and added to my cardio and strength and conditioning routines. ”

Ever since the fight announcement, Hicks is focused, training, and preparing for the upcoming challenge against Ricketts. Amid fight prep, outside of MMA, he also takes on the challenges as a high school English teacher and Wrestling Coach. 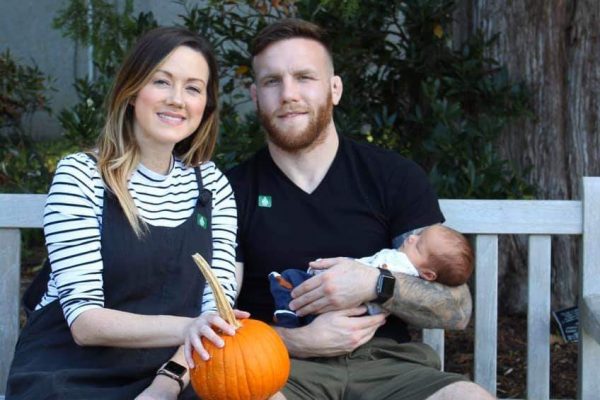 In addition to his two educator occupations, Hicks has taken on another challenging role that requires great responsibility. Alongside girlfriend, Beth Stewart, both welcomed a new member to their family, a healthy baby boy name Ronin Hicks. The arrival of Ronin, becoming a father has given Zack a new lease on life. Also, Ronin has added extra motivation to Hicks’ training to be at the top of his game heading into his upcoming fight.

“I thrive under stress and having a busy schedule. I teach High school English in the day, followed by coaching Wrestling at the High School. Afterward, I go train for my fights, as well as teaching two classes at two different MMA gyms. After that, I come home to my beautiful newborn, Ronin. “Ronin has added extra motivation to my training and to perform at the top of my game. Luckily, I have an amazing and supportive partner named Beth Stewart, who is understanding of my dreams and helps me pursue them.”

The comeback is always stronger than the setback. Hicks is not letting his past setbacks, steer him from hopefully achieving success, once more on November 23. He aims to finish his opponent towards victory and share that memorable moment with his girlfriend and son, Ronin.