If Ring of Combat President and matchmaker Louis Neglia called Tim Dooling and told him that he needed someone to fight a bear, Tim would ask ‘when?’ and ‘where?’ This man is fearless and has shared the cage with some of the best talent there is to offer.  Dooling has fought three former Ring of Combat featherweight champions in Frankie”the Praying Mantis” Buenafuente, current UFC stand-out Julio Arce, and super talented Bill “Senor Perfecto” Algeo.  His record stands at 7-5 but the competition has been stiff and he has only been finished once in his 12 fights.

On September 13 at the Tropicana Hotel and Casino Resort, Louis Neglia and Dead Serious Promotions will host ROC 69 where Dooling will once again have the door to the cage closed behind him with a top quality opponent in Matt Probin.  Probin is coming off of a victory at Bellator 215 and remains undefeated at 4-0 with 3 finishes via KO.

‘The Jaguar’ has watched Matt’s fights and is confident that he will come away with his hand held in the air.  Please checkout our interview with Tim Dooling above where he gives us his view of Probin and how he sees the matchup as well as a peak at his camp where he has two teammates also fighting on the card.

MyMMANews will be cage-side with live results and a full recap.  This event will also be streamed live on UFC Fight Pass. 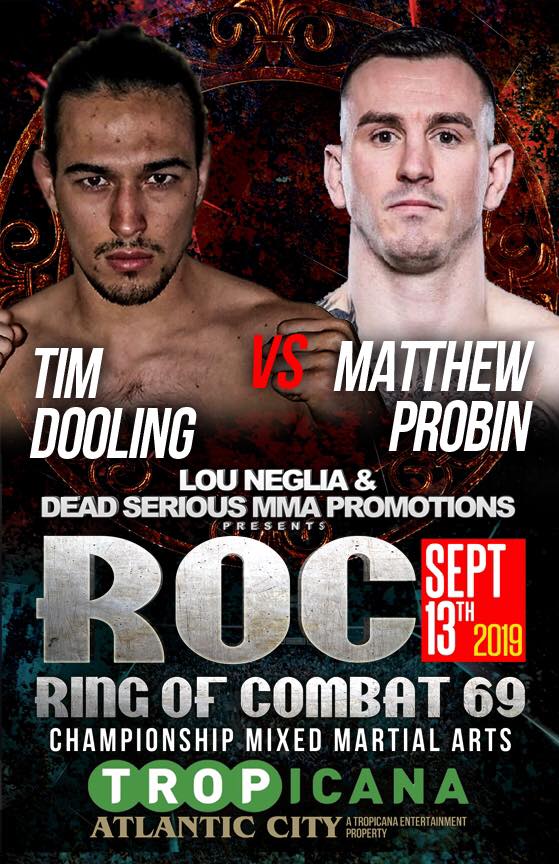