Two division champion Jose “Shorty” Torres will return back down to 125-pounds where he will defend his flyweight title against Alberto Orellano.

Torres is coming off a bantamweight title defense over Gleidson DeJesus at Titan 46 in November. The two-division champion is currently undefeated at 6-0.

His opponent Orellano, a native of Columbia, has a 6-2 fight record and is coming off back-to-back wins.

Titan FC COO Lex McMahon tells MyMMANews, “Titan FC 48 is set to be another blockbuster event featuring three title fights, including two division champion Jose “Shorty” Torres, who is facing a very game opponent in Alberto Orellano who is currently ranked as one of the top flyweights in Latin America.”

In the night’s co-main event, Raush Manfio defends his lightweight strap against Lee Lilly.  Manfio defeated Chazz Walton at Titan FC 46 with a first round stoppage to claim the gold. 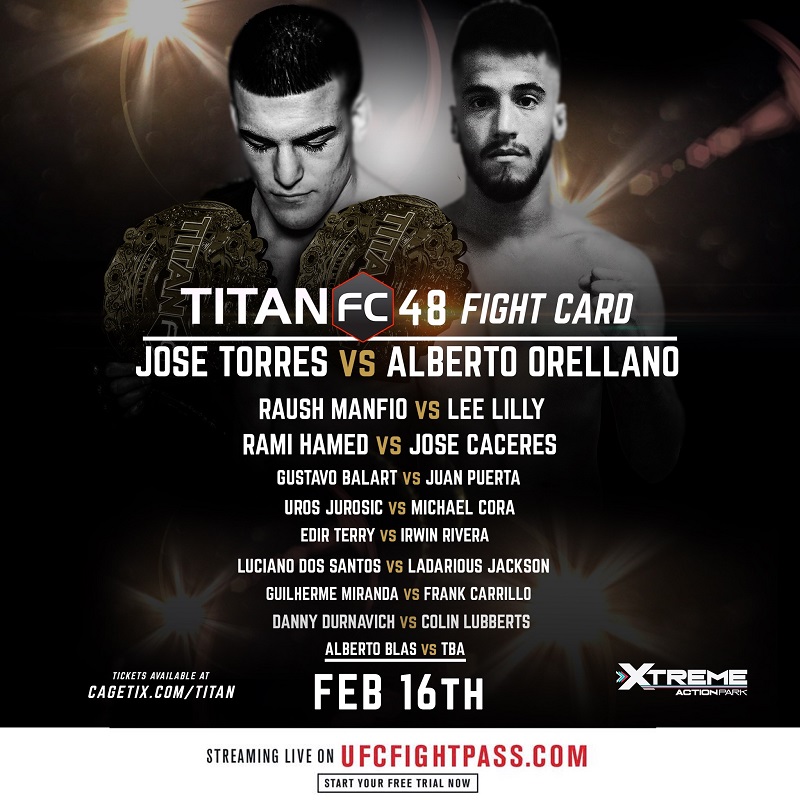 By Mike Pendleton 46 mins ago