Titan FC 55 boasts a main event involving Claudio Ledesma and Juan Puerta. The flyweight title fight caps off the studded card in a big way. The two will face off as two of the best flyweight prospects put their five win streaks on the line. We took some time to talk with one half of the main event. Claudio Ledesma and I talked about his transition from college basketball to MMA, his training camp and much more.

It wasn’t martial arts that dominated Ledesma’s childhood. It was basketball. Eventually playing college basketball, Ledesma credits his drive for competition that drove him to martial arts. “I never did any wrestling or anything like that. But, I played college basketball. When I graduated and right after graduation, I got engaged and my wife and I bought a house and moved out from where we normally live. My friends wouldn’t come visit me because they said I lived too far. I wasn’t really playing competitive basketball anymore, I was just playing a couple men’s leagues. I was just bored. Renzo Gracie was right around the corner and I just started training jits. With my competitive nature, I did a couple jits competitions and the rest is history.”

One of my favorite things about MMA are athletes that crossed over from other sports. I love trying to figure out how they feel their previous skills transfer over to their new sport. Ledesma feels like he has the work ethic. “I think the only thing that transferred was the work ethic. When you’re playing basketball, you’re waking up and you got to do morning workouts. After class, you have practice. You have double sessions. Practicing MMA twice a day, or going strength and conditioning then practice is nothing new to me. I already did that my whole life.”

He continues, “I’m putting in the work, really. I was never super talented. I was always smaller, so I was kinda like Rudy. I always had to out work everybody, I always had to earn everything when I played because I was so much smaller than everybody. In MMA it’s the same thing. I’m just a hard, hard worker.”

Now, Claudio Ledesma is riding five straight wins and is fighting for a title in Titan FC. Before this win streak, he never rattled off more than three straight wins. Now he is in the groove and has the routine down pat. “Everything is going really well the last couple years for me. If it’s not broke, don’t fix it,” says Ledesma.  “Obviously I’ve been making little adjustments based on the opponent. But for the most part, it’s just been the same routine. Now I’m just winding it down, getting the last few pounds down and getting ready.”

But, not everything is easy in his camp. “It’s not easy. I got fatboy in me. I used to weigh 200 pounds when I started. I am just very disciplined.”

When I asked what changed from his earlier career to winning five straight, Claudio Ledesma attributed everything to his mentality. “A lot of it was a mental state. Second of all, I’m just flowing right at home with a great team. I have great training partners. A lot of it was just mental. Most of my losses they were tight split decisions and close decisions and things like that. It was all just mental. A lot of it was me losing before I stepped into the cage. I’m starting to believe. I’m training with some guys that when I get in there, I ask, ‘What am I going to see? What is this guy going to give me that my training partners can’t show me already?'”

As for his future, it’s not about any endgame for Lesdema. He is just here to enjoy the journey. He’s not looking for a UFC bout, but, if it comes it comes. “The thing is, Bellator doesn’t really do flyweights unless it’s prelims in your home town. UFC I love it, it’s something I would love to do, but I’ve kinda never really based everything around that. I do it because I love it. I just want to squeeze every ounce of juice out of it. Wherever it takes me, it takes me. It’s never really like me putting all my eggs in the UFC basket, especially with everything that’s going on now.”

International Fight Week is right around the corner. With that we have one epic title fight as Jon Jones takes on the ever so exciting Thiago Santos in the main event. I asked Claudio Ledesma to make his prediction on the fight. “I think Jon Jones wins. But, it’s MMA and the way Thiago Santos hits, there’s definitelyh a puncher’s chance. Jon Jones seems to never gets hit with those chance-type punches. He seems to nullify everyone. I personally think my training partner, Corey Anderson, deserves a title shot. I think it was a little too soon for Thiago Santos. I think Jon Jones all the way.”

Thanks for reading! Be sure to follow Claudio Ledesma on Instagram and catch his epic title fight on Fight Pass as he fights for Titan FC 55! 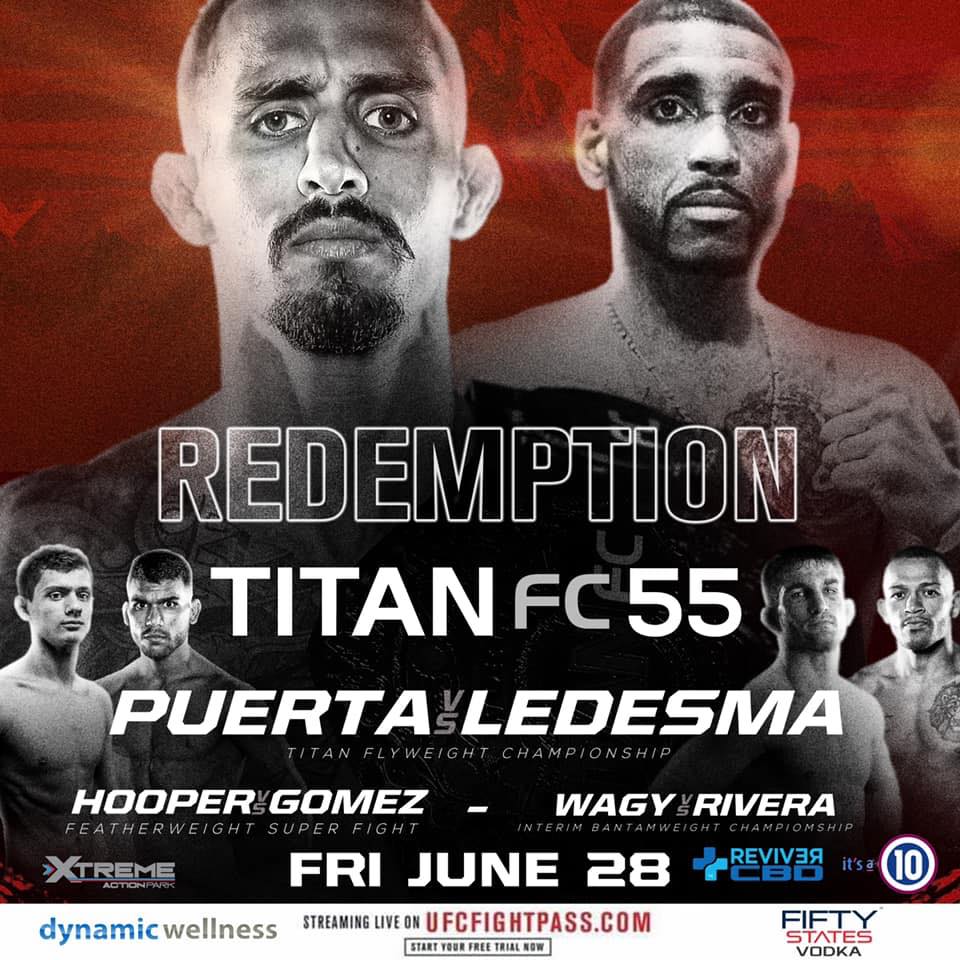