It’s been a longtime coming but Invicta Fighting Championship’s bantamweight champion Tonya Evinger will finally get her shot in the UFC. 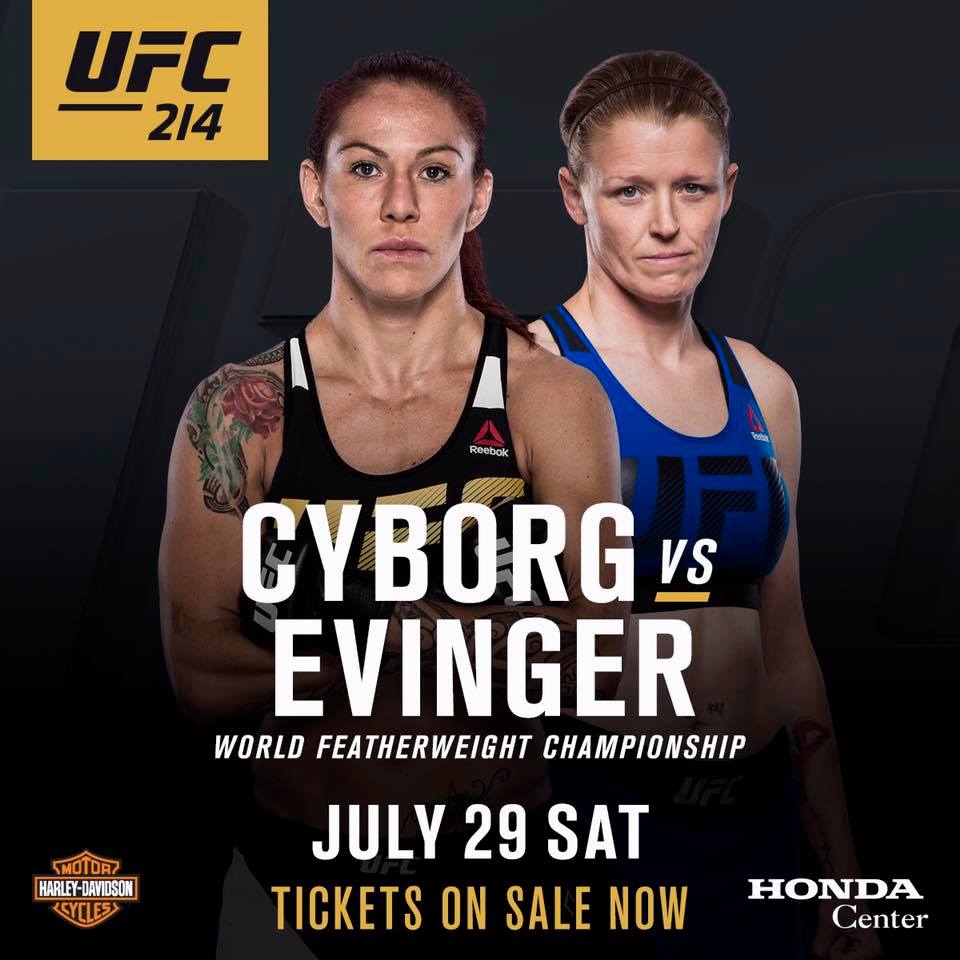 Invicta’s featherweight champion Megan Anderson was scheduled to fight Cris ‘Cyborg’ Justino in the co-main event in Anaheim, California on July 29, but Anderson was forced to withdraw today due to personal reasons.

It’s been a rollercoaster of a ride.

Let’s start here and see if you can keep up:

Cris Cyborg was the Invicta FC featherweight champion.  She was called to the UFC where she filled in for two fights at a catchweight of 140 pounds.  Cyborg was later suspended by USADA for a potential doping violation.

In February, Cyborg was cleared of the doping violation and granted a retroactive therapeutic use exemption.

In March, Cyborg relinquished the Invicta title, and Anderson claimed the official title.

In February the UFC held an inaugural womens’ featherweight title matchup between two women who were competing in the UFC’s bantamweight division.  Germaine de Randamie and Holly Holm both moved up.  De Randamie won the title via a decision.

Last week the UFC stripped de Randamie of the title and Megan Anderson was called up to the UFC to fill in a fight against Cyborg for a now vacant UFC featherweight title.

Invicta FC then announced that their bantamweight champ in Tonya Evinger would move up to face Helen Kolesnyk at 145 pounds after Anderson got the call to the UFC.  Anderson was going to fight Kolesnyk at Invicta FC 24.

Now with Anderson out of the Cyborg fight, Evinger moves up to the UFC and will fight for the vacant featherweight title.

Milana Dudieva vs. Mara Romero Borella is the new Invicta FC 24 headliner after both Anderson and Evinger are off that card.

By Brady Briggs 4 seconds ago