UFC today announced the launch of its first-ever emoji keyboard, presented by MetroPCS. Yes that’s right, there is now a UFC emoji keyboard.

What is an emoji you may ask? An emomi is a small digital image or icon used to express an idea, emotion, etc., in electronic communication.

Fight fans based in the United States and Puerto Rico will be able to download the app via Google Play for Android devices and the App Store for iOS devices, or by visiting UFCEMOJIS.

This keyboard debuts in conjunction with UFC 197: JONES vs. SAINT PREUX on Saturday, April 23 at the MGM Grand Garden Arena. 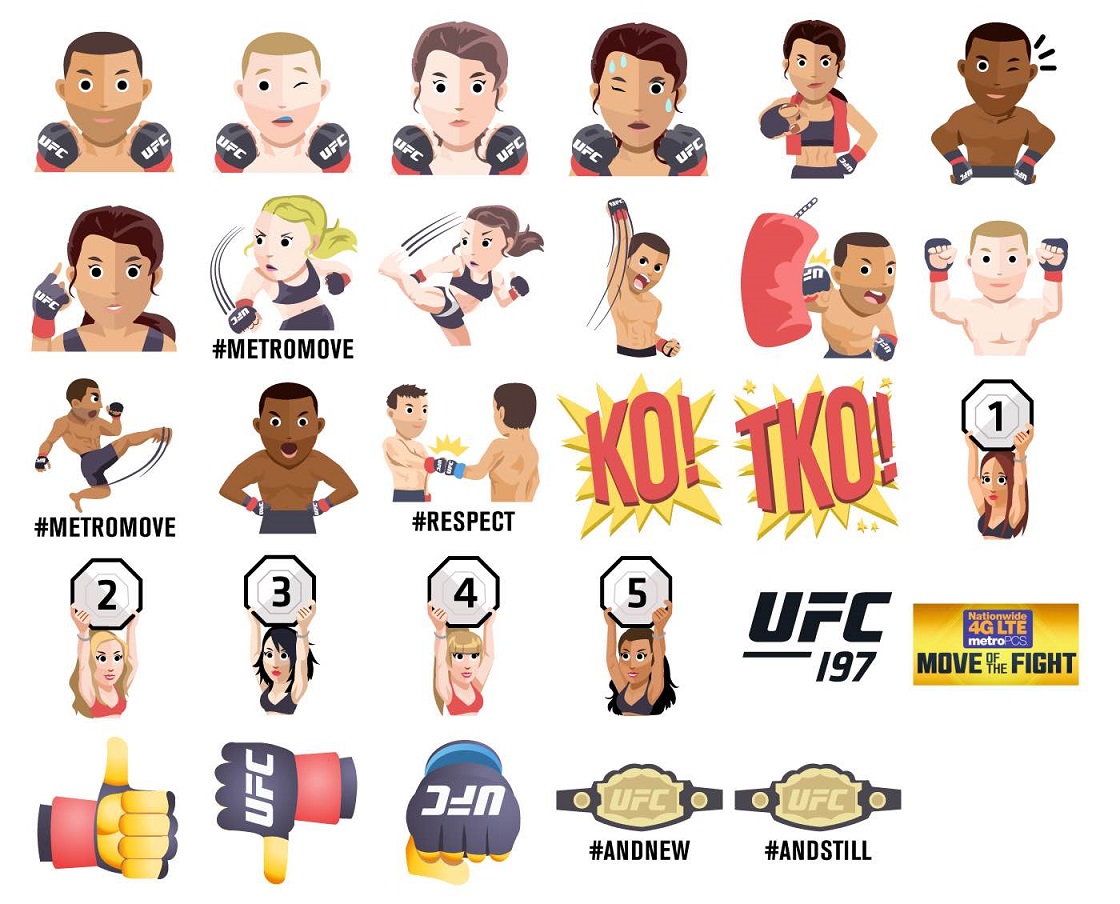