How do you get into the UFC? Sometimes a great record is not enough (ask Ben Askren, who has a perfect 14-0 record). You need a “selling point”.

Kevin “Kimbo Slice” Ferguson did it by going viral on Youtube with his street fights. Brock Lesnar and Phil “CM Punk” Brooks did it by being pro wrestling superstars. 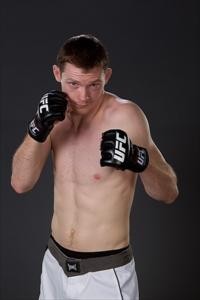 If you are a fan of mixed martial arts, you are well aware of who Conor McGregor is. McGregor (#5 featherweight in UFC, 12-2) is one of the hottest names in the mma world right now with a big part of it being his charismatic attitude. McGregor talks a mean game, but he backs it up as well. McGregor is a perfect 4-0 in the UFC with a 12-fight winning streak, and he has not lost a fight in over four years. Who was the last man to defeat McGregor?

Joseph Duffy (12-1) has been signed by the UFC. Duffy is slick on the ground, having won eight of his fights by way of submission. Of his 12 wins, Duffy has finished 11 of his 12 fights, adding three victories via TKO. Duffy took a break from the sport when his perfect 10-0 record was ended back in 2011.

Duffy would come back in August 2014 and has won his last two fights. Duffy took a break to re-evaluate himself, heal up, and work on his striking.

McGregor is not he only UFC competitor who Duffy has defeated, in fact, “Irish Joe” is 2-0 against UFC competitors submitting both Conor McGregor and Norman Parke. Duffy has no set opponent or debut date set yet.

By Andrew Sumian 10 hours ago

Gerald Meerschaert: Willing to Fight Anyone

By Andrew Sumian 14 hours ago