We have a very much anticipated heavyweight bout coming this weekend at UFC Vegas 18, as former multi-organization world champions, No. 5 ranked Alistair Overeem and No. 6 Alexander Volkov battle it out in the five-round main event of the evening. 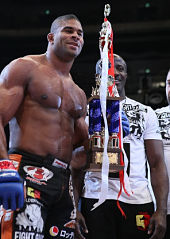 Alistair Overeem finally came to the UFC after going four years unbeaten, having won the Strikeforce & DREAM heavyweight championships in the process. This included an 11-fight undefeated (10-0, 1 NC) streak with nine finishes.

Overeem came to the UFC with a record of 35-11 (1 NC), and TKO’d former UFC heavyweight champion Brock Lesnar in round one with a vicious round kick to the body 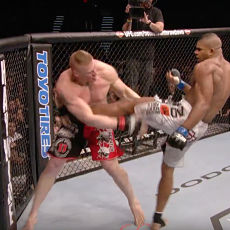 upon joining. He was dominating former Cage Rage & Elite XC heavyweight champion Antonio Silva in his next outing as well, handily winning rounds one and two against him.

However, he got careless and was KO’d 25 seconds into round three considering. He was also KO’d in round one of his next bout against Travis Browne. Again, he was doing incredibly well early on in this fight, but blew his wad trying to finish Browne after hurting him, and was knocked out with a front kick late in round one. 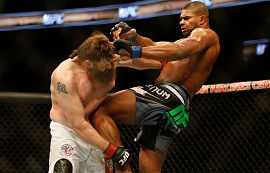 Overeem then defeated another former UFC heavyweight champion, this time Frank Mir via unanimous decision, before he was TKO’d by Ben Rothwell in round one. It was starting to appear that Overeem was just an overhyped talent, like many are.

Overeem rebounded by winning his next four bouts over the likes of Stefan Struve (TKO), Roy Nelson (UD), Junior dos Santos (TKO), and Andrei Arlovski (TKO), leading up to his title fight with Stipe Miocic.

Though Overeem nearly knocked Miocic out, and nearly submitted him with a guillotine choke after he had him 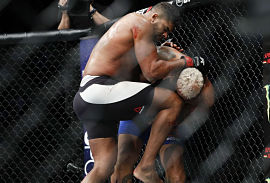 hurt, he didn’t secure the finish with the choke, and he ended up on bottom, where he was KO’d by the hard-hitting champion on top of him.

Overeem then KO’d fellow professional kickboxer Mark Hunt, before defeating former UFC heavyweight champion Fabricio Werdum in their trilogy bout, putting him up 2-1 in the series against Werdum. 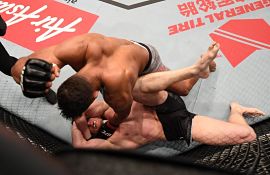 Blaydes, the No. 1 and No. 2 ranked heavyweights right now, before going 4-1 in his last five.

Honestly, he was dominating that Rozenstruik fight too, he won at least four rounds of that fight handily. He just got caught with four seconds left in round five, it was pretty shocking to see. Rozenstruik, like Overeem, is a former kickboxer, having gone 76-8-1 in it with 64 knockouts. 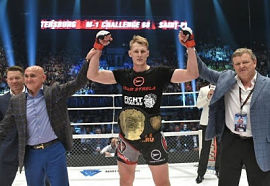 Alexander Volkov is another man we waited some time for to come over to the big show. He became the Bellator & M-1 Global heavyweight champion before joining the UFC, and came over with a record of 26-6. 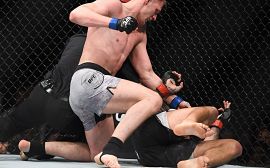 Derrick Lewis got in the middle of this win streak, KO’ing Volkov with just eleven seconds left in the bout, after Volkov pieced him up for three rounds and nearly finished Lewis a couple times throughout the fight.

Volkov then defeated Greg Hardy via unanimous decision, before being ragdolled by Curtis Blaydes for five rounds. This brings us up to his most recent bout, where he TKO’d Walt Harris just five months after Overeem did. 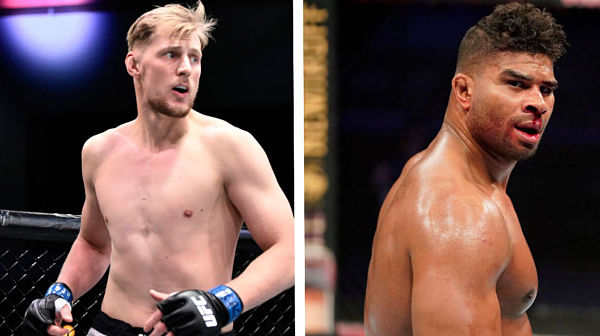 It may be pretty surprising to most, but Alistair Overeem is better than he’s ever been at 40-years-old. His movement has improved immensely, and he’s evolved beautifully in both the striking and grappling departments. 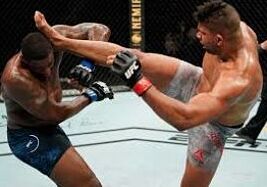 He used to just march his opponents down and unload on them, now he’s much more cautious, in turn making him more efficient and accurate.

In fact, Overeem is the most accurate striker in UFC history, and has been for a few years now. Only now, his percentage has gone up even further. When he was first put on the list, his accuracy percentage was just over 70%, now it’s 74.8%.

Him losing his chin is honestly to thank for this. If he could take a shot like he could before, he wouldn’t have had to evolve. This has turned him into one of the top ten, or even top five strikers in all of mixed martial arts. 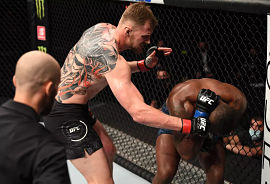 Alexander Volkov is also one of the best strikers in the heavyweight division, only he’s more of a boxer, rather than a Muay Thai fighter like Overeem.

Volkov does have some nice kicks to go along with it, and he’s pretty accurate himself, landing 58% of his total strikes thus far into his UFC career. 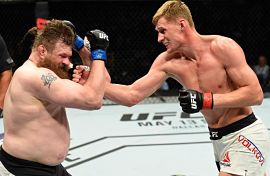 Volkov’s striking accuracy percentage is nearly 20% lower than Overeem’s, and he is still more accurate than most. That’s astounding. Perhaps that comes from his karate background, where he holds two black belts. Volkov is also much younger than Overeem, at 32-years-old.

He may be at his very best right now as well, and that makes for a very exciting fight this weekend. 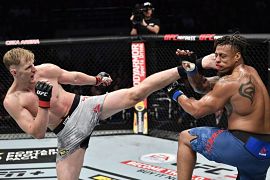 With Overeem standing 6’4” with an 80” reach, and Volkov standing 6’7” with that same reach of 80”, it’s going to be very interesting seeing how these two feel one another out, and how they go about the fight. They’re both so dangerous, each of them has to be incredibly careful at all times.

Of Overeem’s 47 victories, 25 come via knockout, 17 come via submission, and just five come via decision. Two of those decisions were over Fabricio Werdum, who submitted him in their first fight.

Of Volkov’s 32 victories, 21 come via knockout, three come via submission, and eight come via decision. That doesn’t mean he doesn’t have a ground game at all though, he won the M-1 Global heavyweight championship with a triangle choke.

Who comes out of this heavyweight contenders clash on top?

By Andy Stevenson 7 hours ago