We have a very interesting main and co-main event coming to us this weekend, July 31, 2021, at UFC Vegas 33, as the middleweight and bantamweight divisions will be showcased in the final two bouts of the evening.

Next is the middleweight headliner, where No. 8 ranked Uriah Hall and No. 11 ranked Sean Strickland go to battle in the five-round main event.

These are both quite interesting match ups in their own rights. 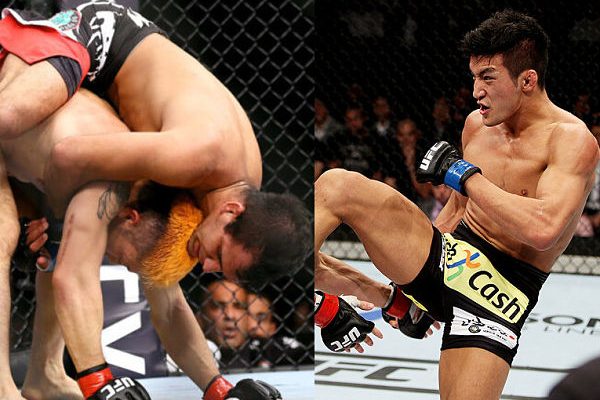 Yahya has been around forever, literally, and he just picked up his first victory in two-and-a-half years this past March with a second round submission (arm-triangle choke).

Out of his 27 victories, an astounding 21 come via submission, while the other six come via decision. 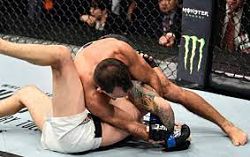 That’s right, Yahya’s never knocked an opponent out before. On the contrary, neither has his opponent. Kang boasts two victories via (T)KO, both of which come via doctor stoppage.

Instead, while Kang does have good striking, he’d rather fight on the mat, where 11 of his 17 victories have been finished via submission. He does have good kickboxing though, don’t get it mixed, and Yahya is underrated on the feet as well. 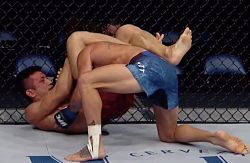 It’s good to finally see Kang back as well, after nearly four years of his career were taken up by the Korean military.

Kang also hasn’t fought since December of 2019, where he improved his win streak to three-straight, and his UFC record to 6-2. Three of those victories come via split decision, while the other three come via submission. 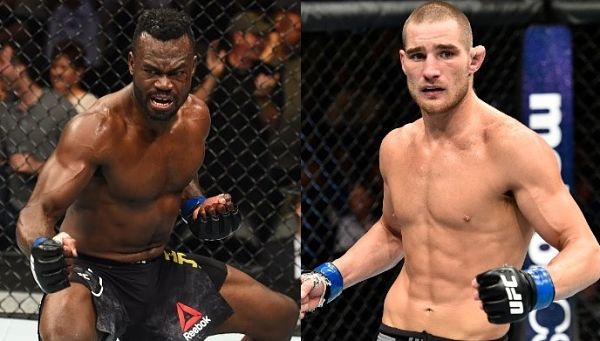 Moving on to our main event of the evening between two incredibly talented strikers, this should be a very interesting, telling match up. Hall is perhaps the biggest fluke in MMA history, but that doesn’t mean he isn’t still dangerous as they come. He is, he just isn’t the fighter we saw on The Ultimate Fighter 17. 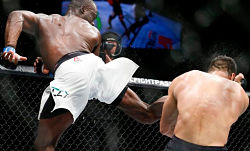 Instead, Hall has gone through quite a coarse of defeats and subpar wins before really coming into his own in the UFC. After losing his first two promotional bouts, he’d go 5-1 in his next six.

That made his octagon record 5-3 with four knockout victories and three split decision defeats.

Not only that, but that most recent victory at that time came over multi-time & multi-weight world champion Gegard Mousasi.

It looked like Hall was finally coming into his own, but a three-fight losing streak halted this, the third of which Mousasi was able to avenge that defeat.

This brought Hall’s record to 12-8, and he was now facing 19-2 Krzysztof Jotko, another dangerous striker. 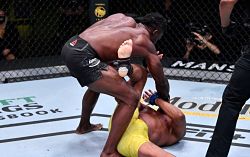 Jotko, like Mousasi in their first fight, beat the brakes off Hall in round one, nearly finishing him a number of times.

However, Hall came back out in round two with a vengeance and secured the KO victory.

Next came a knockout defeat to Paulo Costa, making Hall 1-4 in his last five with three knockout defeats, and it appeared Hall would never blossom into what he should’ve been, especially at this point. 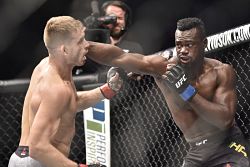 You wouldn’t believe though that Hall’s on the first four-fight win streak of his UFC career going into this fight.

As you see, his last two victories come via finish over the two greatest, or two of the three-four greatest middleweights ever. Not to mention, he still boasts that first victory over Mousasi, who deserves a claim to that title as well.

Strickland on the other hand has had a much easier road to being ranked. He’s lost three times throughout his relatively long career, and all three defeats came down at 170 lbs. 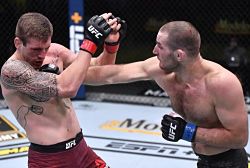 Strickland stayed around at welterweight following his defeat to dos Santos, where he TKO’d Nordine Taleb in round two, before moving back up to 185 lbs.

Since then, he’s gone 3-0, improving his win streak to four-straight, just like Hall has. Those last two victories come over Brendan Allen, who he finished with strikes, becoming the only man to defeat him inside the UFC thus far. 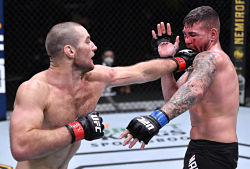 For those of you who don’t remember, Allen is the man that submitted Kevin Holland in his UFC debut, and he also just handed Puna Soriano his first professional defeat last Saturday at UFC on ESPN 27.

Strickland then defeated Krzysztof Jotko himself, who was 22-4 at the time, a very similar opponent to himself in many regards.

The winner of this bout, whoever talent it may be, would be a great match up for any one of them.