Usman Nurmagomedov preferred a longer fight after earning a first-round TKO victory against Manny Muro at Bellator 263 on Saturday, July 31.

After wrestling Muro in the early stages of round one, the 23-year-old landed a knee to the body. Muro immediately went down and Nurmagomedov jumped on top for the finish.

Nurmagomedov would of liked to show off more of his skillset.

“I wanted to show people I could wrestle as well, that I have grappling and to make a statement that I am not only good at striking,” Nurmagomedov said. “That is why I was trying to fight for a little longer.”

The Russian dictated the fight from start to finish inside The Forum in Los Angeles, California. Muro came into the bout on a two-fight win streak inside the Beallator cage with victories over Devin Powell and Nick Newell.

It is another dominant win for Nurmagomedov who earned a unanimous decision win against Mike Hamel in his promotional debut at Bellator 255 last April.

Nurmagomedov prefers to return tot he Bellator cage at event in Moscow, Russia in October. 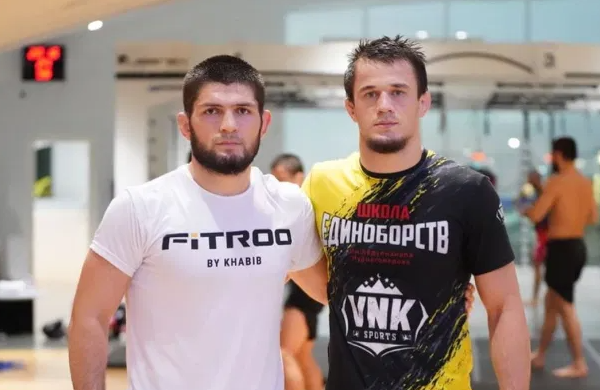 Nurmagomedov remains unbeaten at 13-0, including two victories under the Bellator banner. An unbeaten record runs in the family as his coach and cousin is the former undefeated UFC lightweight champion Khabib Nurmagomedov.

Nurmagomedov is building a name of his own currently. He is still without a number on the Bellator rankings, but he is headed in the right direction.

“He [Khabib] congratulated me, told me it was a good fight, but first thing he said to me when he stepped inside the cage, he pointed out one of my mistakes,” Nurmagomedov said. “We have a lot of mistakes, we will work on them and improve.”

By Dylan Bowker 43 mins ago