In one of the promotion’s biggest events of the decade, Bellator champ-champ Patricio “Pitbull” Freiere defens his 145-pound title against undefeated contender AJ McKee Jr. in the Bellator 263 headliner on Saturday, July 31.  Watch live prelims above.

This historic main event will headline Bellator’s first show with an audience in the United States since Bellator 239 in February 2020. A pair of top 10 featherweights in Mads Burnell and former title challenger Emmanuel Sanchez will serve as the co-main event inside The Forum in Los Angeles, California.

Also on the main card on Showtime is the return of Usman, Nurmagomedov, the cousin of former UFC champion Khabib Nurmagomedov. The Russian meets fellow Bellator veteran Manny Muro.

Freire is unbeaten since August 2016. The champion is coming off back-to-back first-round submission wins against Emmanuel Sanchez and Pedro Carvalho during the Bellator Featherweight Grand Prix.

McKee is a perfect 17-0. He is not one to waste time, finishing five of his last six opponents. McKee submitted Derek Campos and former Bellator bantamweight champion Darrion Caldwell on his way to booking his spot in the tournament final. 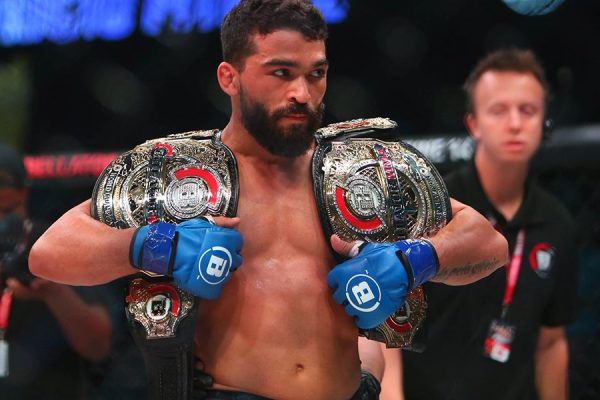 Official decision: Usman Nurmagomedov def. Manny Muro via TKO at 3:30 in round 1.

Official decision: Goiti Yamauchi def. Chris Gonzalez via TKO at 3:53 in round 1.

Official decision: Gadzhi Rabadanov def. Daniel Carey via knockout at 3:57 in round 1.

Official decision: Khasan Magomedsharipov def. Jonathan Quiroz via TKO at 4:21 in round 2.

Official decision: Joshua Jones def. Johnny Cisneros via TKO at 4:15 in round 2.