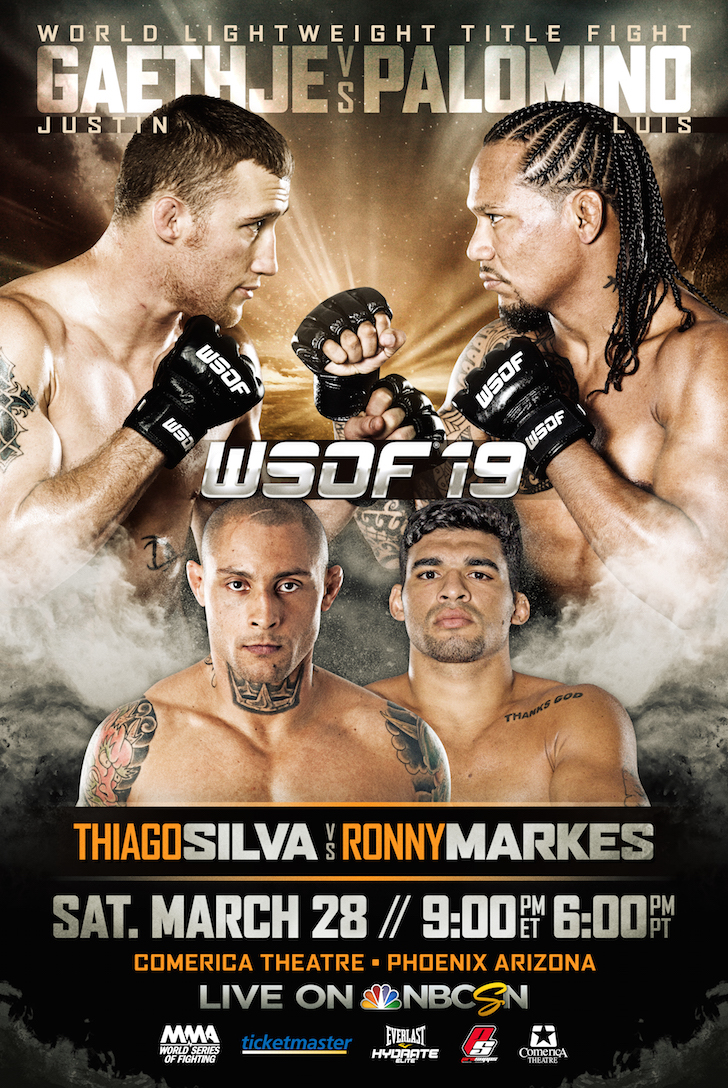 Additionally, the card has its NBCSports.com-streamed preliminary bout, as Clifford “Big Cat” Starks (10-2) meets undefeated Bulgarian Krasimir “The Wrestler” Mladenov (12-0) in a key middleweight (185 pounds) affair that could produce a future title challenger.

Ronny Markes vs. Thiago Silva at WSOF 19 and Matt Hamill vs. Vinny Magalhaes at WSOF 20 are featured in the official four-man bracket.

Originally from Alaska, Heun is now a resident of Coconut Creek, Fla. A former two-time cast member of The Ultimate Fighter, the American Top Team fighter is 5-1 in his past six contests, including a WSOF victory over Kendrick Miree. In November, Heun fought outside of the promotion and needed just 20 seconds to score a TKO win.

Holder, from Memphis, Tenn., makes his WSOF debut. In nine career appearances, Holder has yet to fight past the opening round. He has won seven bouts in a row, including five finishes in less than two minutes.

Valiev has quickly established himself as one of WSOF’s top bantamweight talents after picking up a hard-fought decision win over Isaiah Chapman and an impressive knockout victory of Adam Acquaviva. Originally from Dagestan, Valiev now trains in New Mexico with the famed Jackson-Winkeljohn MMA team.

West, of Tucson, Ariz., previously fought eight times under the Bellator MMA banner and now makes his WSOF debut. Fighting professionally since 2003, the 31-year-old West has earned nine of his 18 career wins by submission.

Bulgaria’s Mladenov turned pro in 2008 but didn’t truly make an MMA push until 2011. Unbeaten through the first 12 fights of his career, Mladenov owns WSOF wins over Brendan Kornberger, Angel DeAnda and Kendrick Miree.

Additional bouts will be announced shortly.

Tickets for WSOF 19: Gaethje vs. Palomino, priced from $39.99, are on sale at Ticketmaster.com and WSOF.com.

Doors at Comerica Theatre will open for the event at 3 p.m. MST, and the first preliminary bout will begin at 4 p.m.