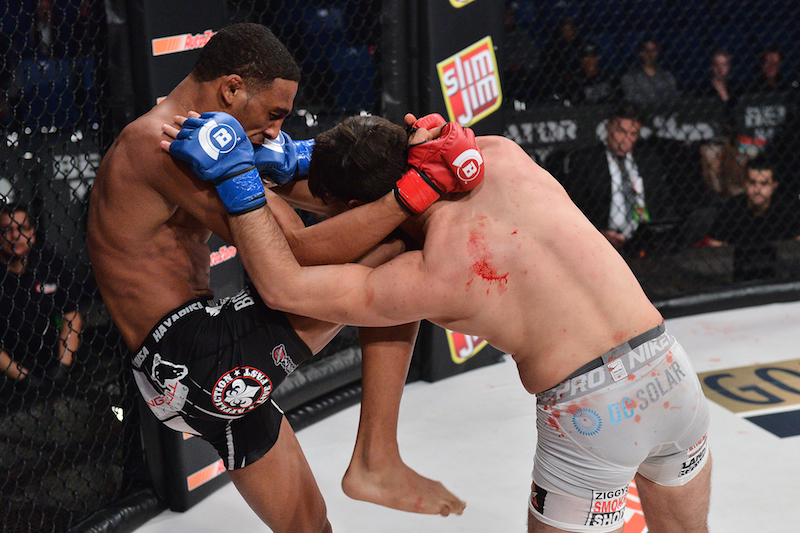 The Bellator MMA featherweight division has been described as a pool filled with sharks. Company officials are proud to announce that they have signed one of it’s most promising sharks, A.J. McKee (3-0) to a multi-year, multi-fight contract extension, ensuring that pool remains dangerous for years to come. 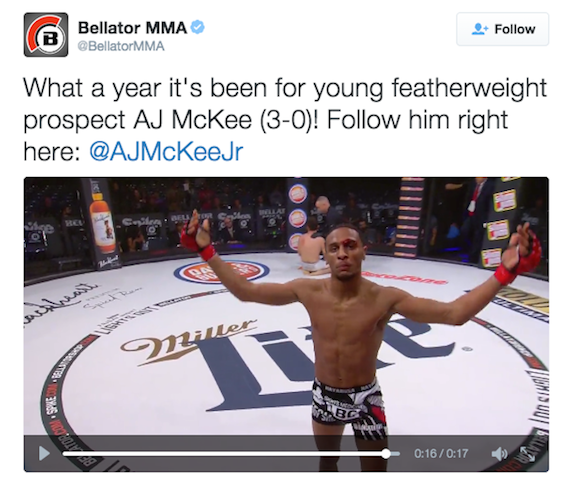 “A.J. McKee is an incredibly talented and exciting mixed martial artist,” said Bellator President Scott Coker. “In his first three fights, he’s proved he can finish an opponent in various ways, and he’s got the style and charisma to match his fighting skills. We have the many of the best featherweights in the world fighting for Bellator, and AJ has left no doubt in my mind that he belongs in that group.”

The son of respected MMA veteran Antonio McKee, A.J. spent his entire childhood in the gym soaking up every bit of knowledge and experience available to him. The 18-year-old prodigy made quite a splash in his first year as an MMA professional. In his debut at “Bellator 136: Brooks vs. Jansen” this past April, “Mercenary” scored a rear-naked choke submission in the first frame over Marcos Bonilla, and hasn’t taken his foot off the gas since.

McKee followed his debut up with two more victories in the Bellator cage, scoring a knockout punch against James Barnes at “Bellator 141: Guillard vs. Girtz” and a knockout knee against J.T. Donaldson at “Bellator 147: Thomson vs. Villaseca.”