Philadelphia, Pennsylvania based MMA promotion Art Of War is back for its 12th fight night in its highly successful first two years of business. It all goes down at the famed 2300 on May 11 with a stacked card, culminating in an epic main event, Jesus “Chavo” Martinez taking on Eric “The Viking” Roncoroni in a middleweight clash that is guaranteed non stop action.

In other highlighted bouts from AOW12, 302 BJJ stand out and undefeated, Andre Petroski takes on the more experienced, Ryan Parker in a middleweight contest. In a featherweight superfight, the most recent signed fighter to the AOW family, 2-0 powerhouse, Zed Montanez meets Shelton Sales whom is coming off two impressive stoppage victories in another bout that will have the fans in the edge of their seats.

Art of War commentator and MyMMANews staff writer, Bob Meloni and I share some time below to give a brief rundown of some of the card’s highlights and some insight as to what fans should potentially expect out of these caged warriors in just a mere few days before fight night.

The party starts in the stands with the action going down center-cage. Art of War is here to stay! 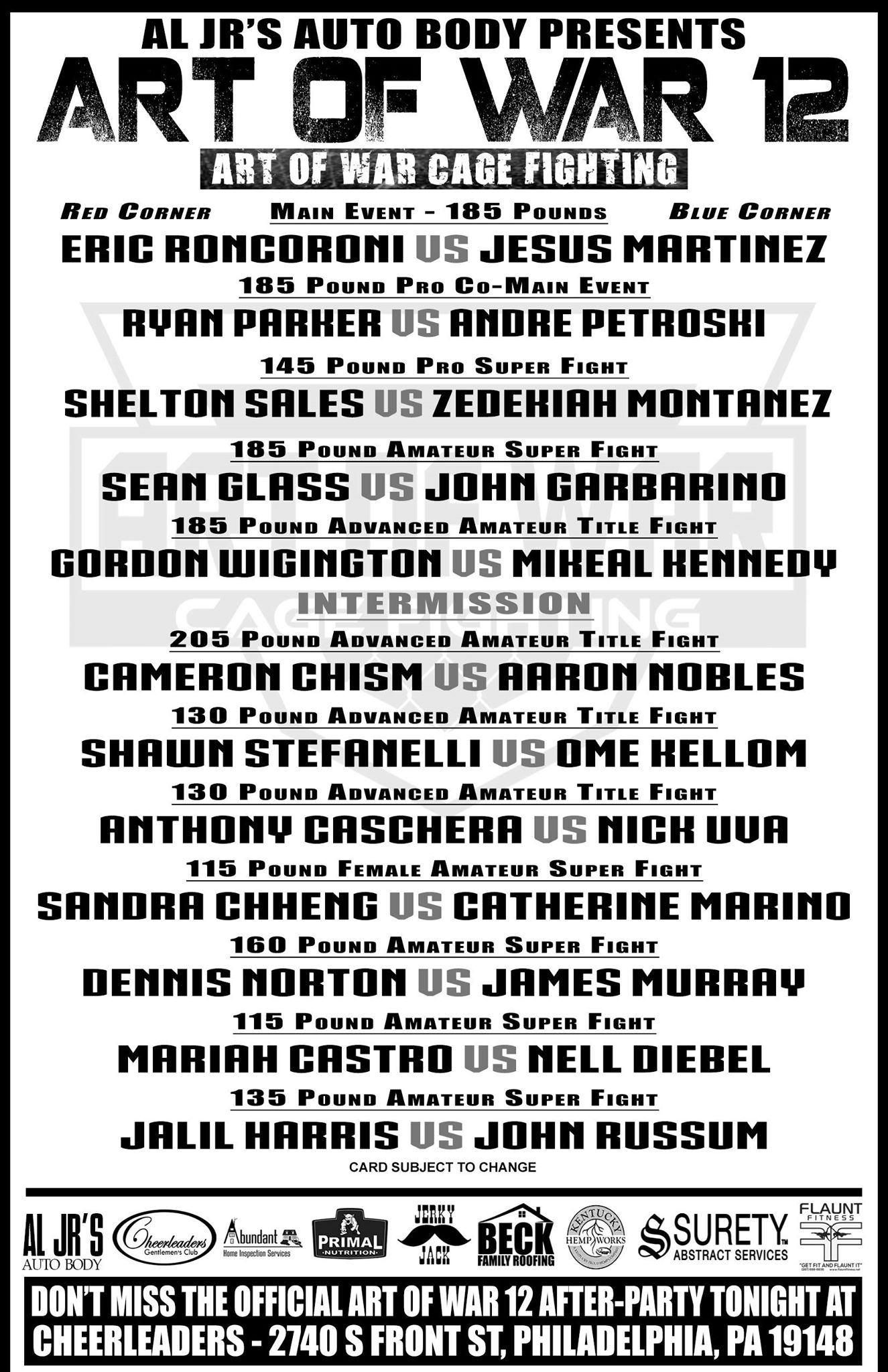