Former UFC fighter Chris Lytle was among two new fighters announced to the Bare Knuckle Fighting Championships‘ roster.  Bare Knuckle FC 2 will be held on August 25 at the Mississippi Coastal Coliseum in Biloxi, Mississippi and will be available on pay-per-view and through Fite TV.

The former longtime professional mixed martial artist came out of retirement earlier this year to fight for another bare knuckle promotion in England. “Lights Out” Lytle won that fight by knockout.

Former UFC fighters Bec Rawlings and Johnny Bedford and King of the Cage champion Tony Lopez, who competed on the first show will also return next month.

According to report from MMAFighting, Bare Knuckle FC 2 will feature the semifinals of the heavyweight tournament that began on the first card last month. Sam Shewmaker will take on Maurice Jackson and Joey Beltran, an alternate, comes in to face Arnold Adams. Beltran is filling in for the injured Ricco Rodriguez.

No opponent has been named yet for Lytle although the name is expected shortly. Rawlings will face pro boxer Britain Hart. 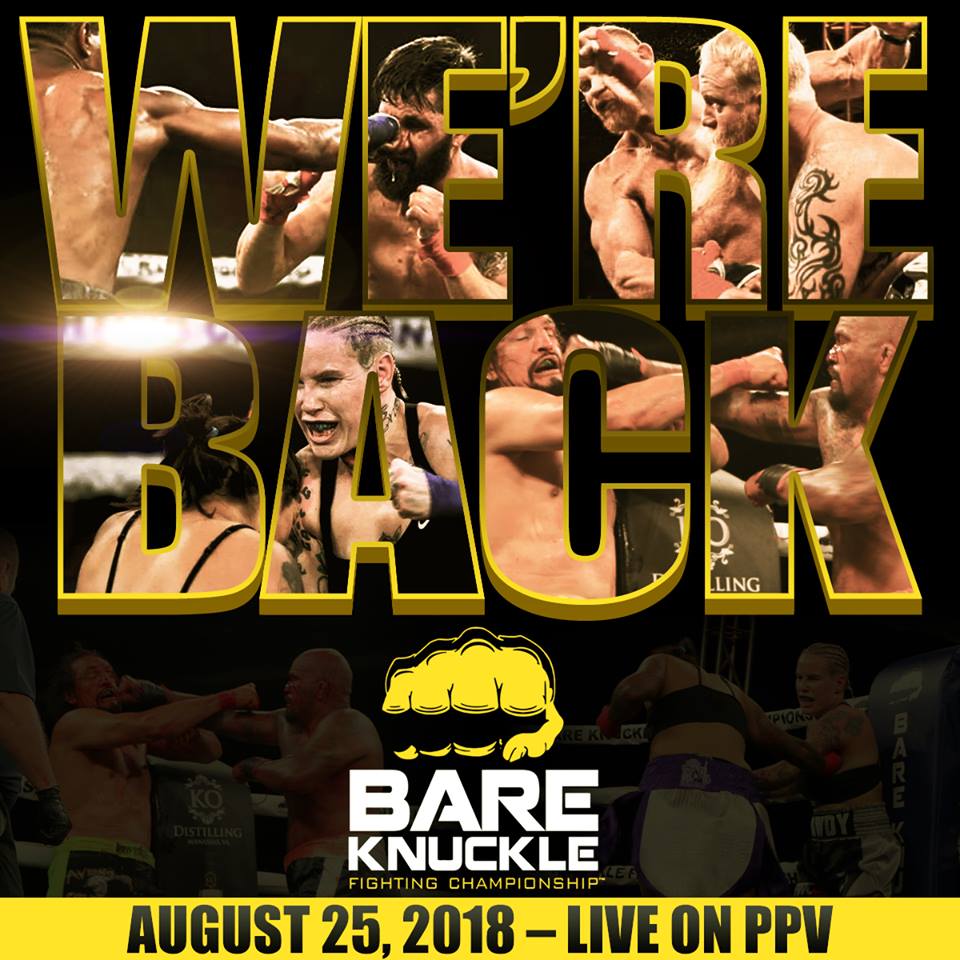