Kelleher defeated Arce back in September to claim the title. He then successfully defended against Josh Robinson in November.

Listen to Brian Kelleher below:

“Boom” defeated Arce via majority decision at ROC 52.  The champion’s current professional mixed martial arts record is 15-7 and he is currently riding a five-fight win-streak.  His most recent win over Robinson was a knockout which came from a spinning back fist in the third round of their ROC 53 title affair. 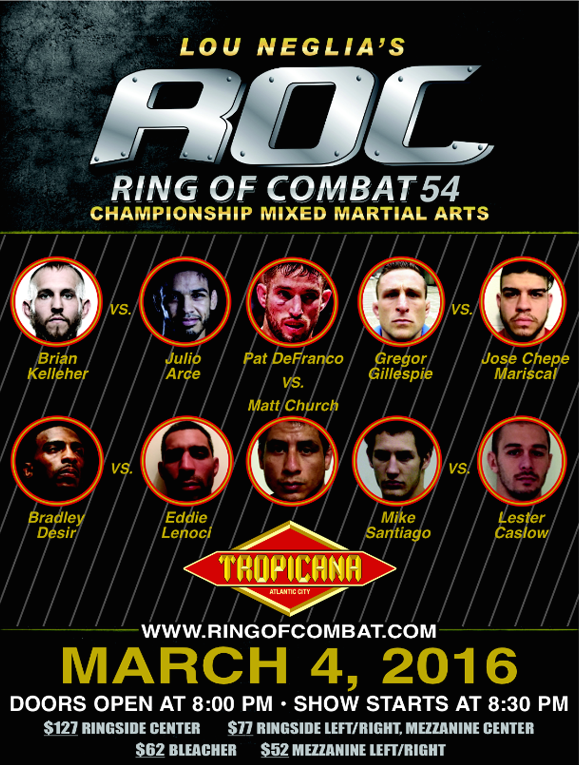