Brian Ortega was escorted for the T-Mobile arena during UFC 248 after slapping Korean rapper Jay Park, who is the translator for Chan Sung Jung, better known as the “Korean Zombie.”

The news was first made public by UFC President Dana White during his post fight press conference.

“(Ortega) and the ‘Zombie’ got into a fight, which is completely unlike both of their personalities,” White said. “‘Zombie’ doesn’t even speak English, so I don’t know what the hell he could’ve said that would get Ortega to start going crazy. But, yeah, it was weird.”

Zombie was said to be in the bathroom while the incident occurred.

“Jay Park welcome to the fight game,” Ortega wrote. “Don’t be surprised if I slap the (expletive) out of you when I see you.”

No legal action is expected to take place against Ortega.

Brian Ortega and Korean Zombie were scheduled to fight in December of 2019, but Ortega withdrew from the fight with an injury. Following Saturday’s drama, White would like to reschedule the fight and have the two settle their differences in the octagon. 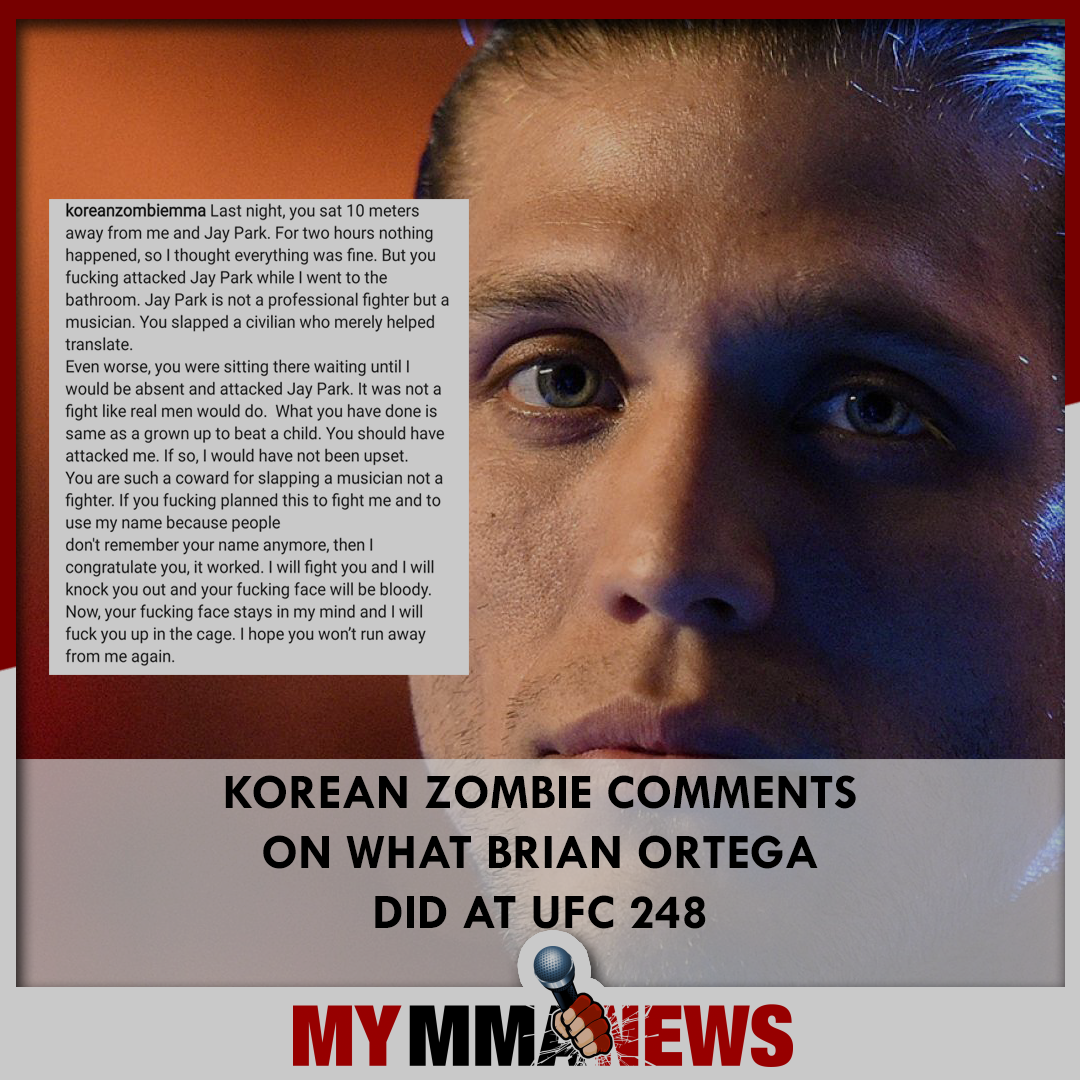