Heavyweight mixed martial artist Chris Daukaus is on a roll right now.  The Martinez BJJ stand-out has won four consecutive fights, including his last three by knockout to move his professional MMA record to 6-2.  His most recent victory was at CES MMA 52, which was broadcast live on AXS TV on August 17. 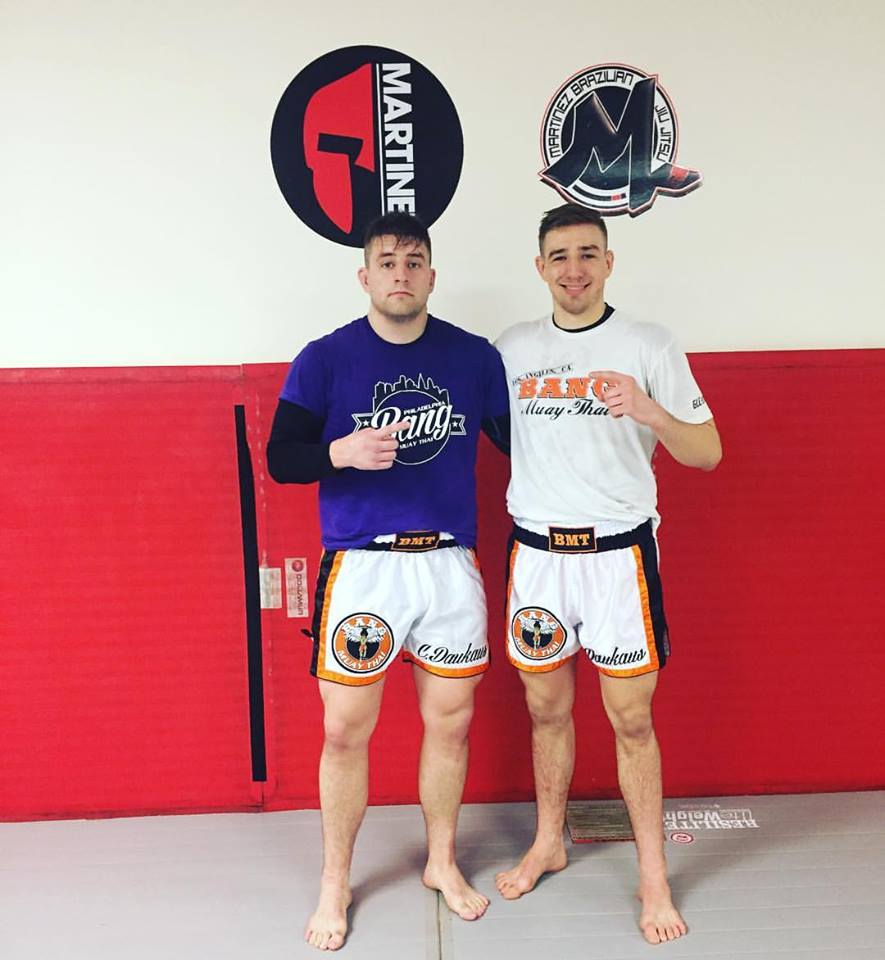 He punished his opponent, Jahsua Marsh in the first round and finished him off in the second round with a TKO victory due to strikes.  Now, just about six weeks later, he heads to Atlantic City, N.J. to perform for Louis Neglia and Dead Serious Promotions at Ring of Combat 65.

ROC has been a mainstay as far as producing fighters who have gone on to the UFC.  Currently, the number stands over 130.

Daukaus has aspirations of making that leap soon. His opponent, Edwin Smart, has less experience holding a 2-1 record, but trains out of Serra-Longo, who boast a very talented and deep fight team.  This fight is very unlikely to go the distance.

I made the short trip over to Northeast Philadelphia to do a video interview with Daukaus at Martinez BJJ.

We talked about his last fight and his current winning streak as well as the challenge that lies ahead of him on September 21st. Chris is a police officer for the City of Philadelphia  and told me that he and his wife have a baby boy on the way.  He has even more motivation to work hard and succeed.

MyMMANews will be cage-side for this ridiculously stacked card with live updates and photos.  The main event features Bill “Senor Perfecto” Algeo vs Scott “the Animal Heckman” meeting for Algeo’s featherweight belt. 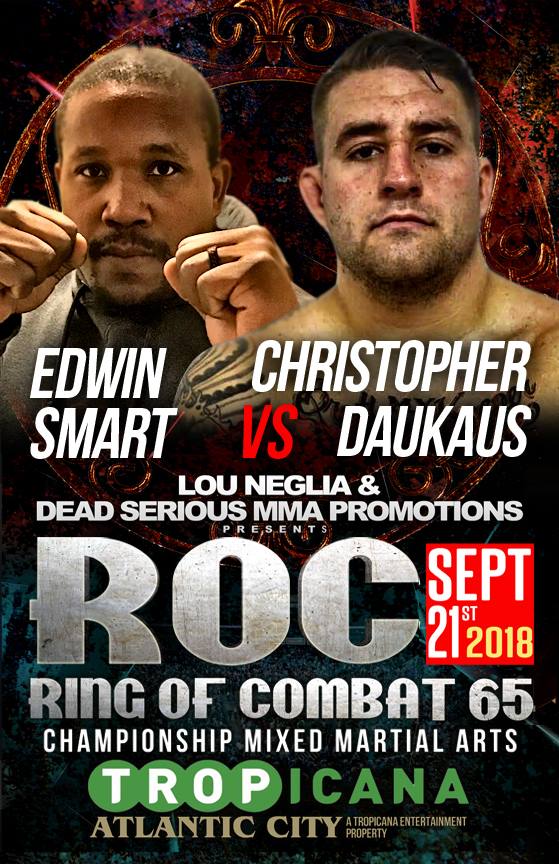 By John Eric Poli 48 mins ago